Inmates Hammered a Nurse and Correctional Officer to Death During Failed Escape from Iowa Prison: Officials 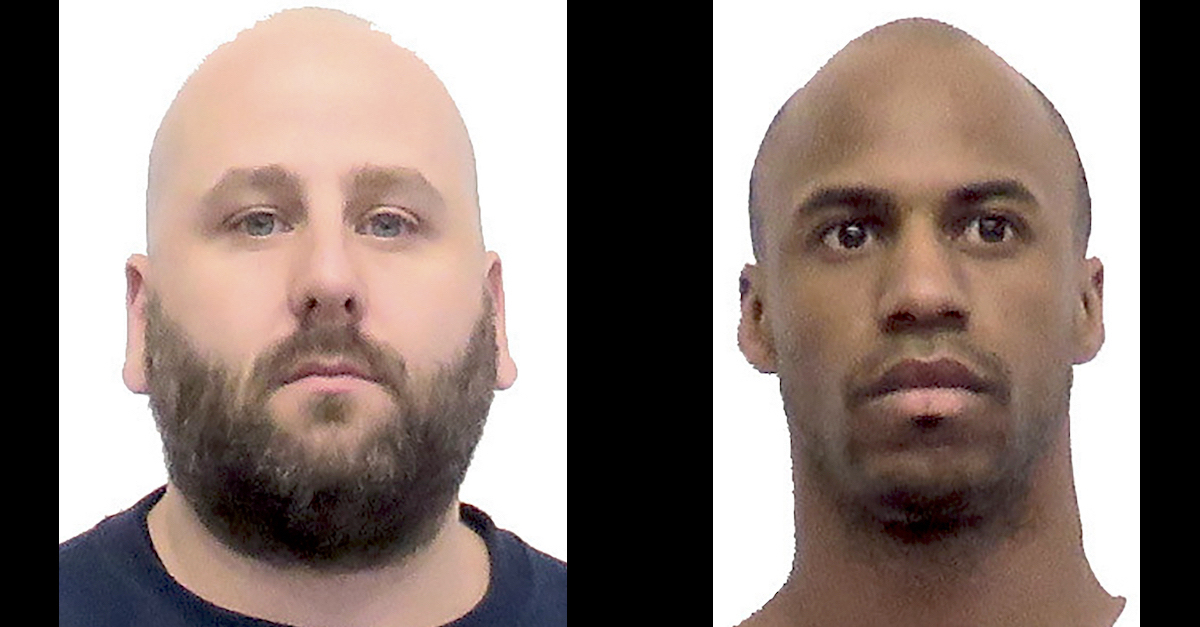 Thomas Woodard (L) and Michael Dutcher (R) are seen in images provided by the Iowa Division of Criminal Investigation.

Two Iowa prison inmates are facing first-degree murder, attempted murder, and second-degree kidnapping charges after an attempted jail break which resulted in the deaths of a nurse and a corrections officer.

The nurse, Lorena Schulte, 50, and the officer, Robert McFarland, 46, were beaten to death with two hammers by blows centered on the backs of their heads, officials said Wednesday. The pair of prison staffers attempted to prevent the inmates from escaping on Tuesday when they were killed.

The alleged killers, Michael Dutcher, 28, and Thomas Woodard, 39, also are accused of attacking an inmate who moved in to help Schulte and McFarland. That inmate, McKinley Roby, suffered similar injuries to the back of his head but survived, officials said. He was taken to an Iowa City hospital for treatment.

The pair is also accused of holding another staffer as a hostage after she intervened. She was told she would be the next person attacked if she refused to cooperate.

The events unfolded at the Anamosa State Penitentiary in northeastern Iowa.

Dutcher and Woodard reportedly went to the prison infirmary “under the guise of performing maintenance,” KCCI-TV reported.

They eventually broke glass and used a grinder to try to get through prison bars, officials said.  Their efforts were unsuccessful.

The men obtained the tools through a work program where they were supposed to check in and check out their equipment under supervision at all times, KCCI-TV added.

Union officials who represent corrections workers at the facility said there aren’t enough people on staff. Officials refused to provide details to rebut that claim but promised to examine staffing levels in a subsequent review of the incident. 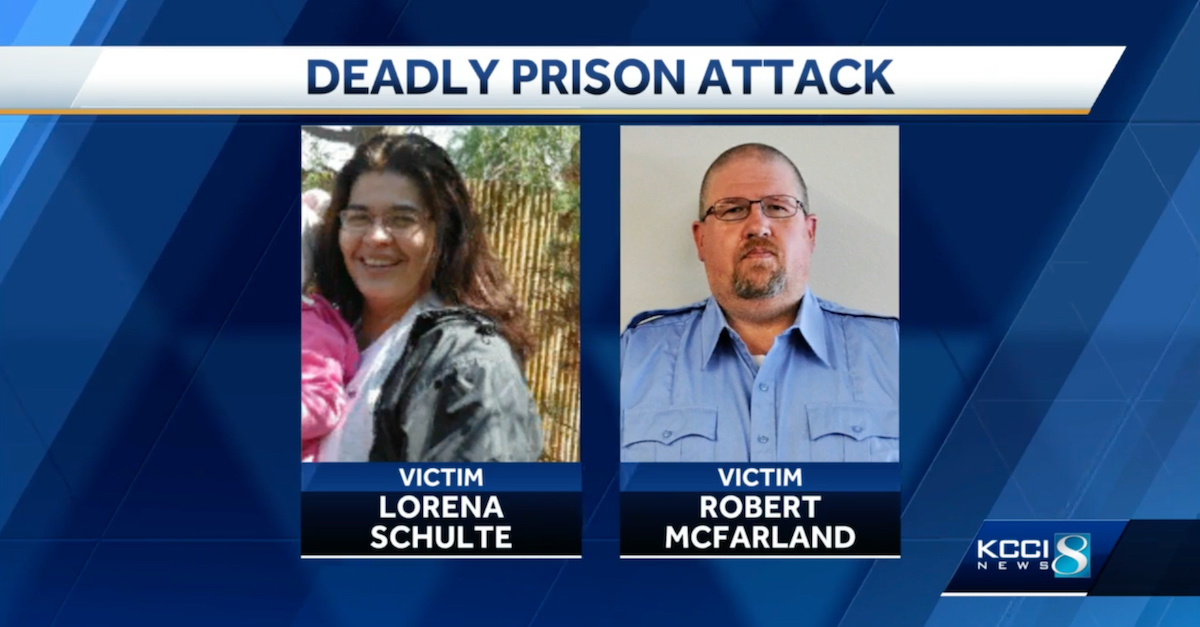 “Two wonderful people had their lives taken while simply trying to do their jobs here in Anamosa,” Skinner said at a news conference. “One, a nurse whose main mission was to help and heal our sick. One, an officer whose mission was to help keep this facility safe in order for men here to have a safe and rehabilitative environment.”

“The world is a little darker today than it was a short time ago,” Skinner added with reference to the loss.

“I will tell you that both Ms. Schulte and McFarland are heroes,” said Special Agent Richard Rahn of the Iowa Division of Criminal Investigation.

According to online court records reviewed by Law&Crime, Woodard was serving two concurrent 25-year sentences on two counts of first-degree robbery. Local news reports from 2017 say Woodard, then of Union, Neb., was convicted of both first-degree robbery and first-degree burglary after working with another man, Joseph Lanckriet, then 25, to force their way into a home. Authorities found a bandage at the scene; DNA on the bandage led them to Lanckriet. Lanckriet implicated Woodard. 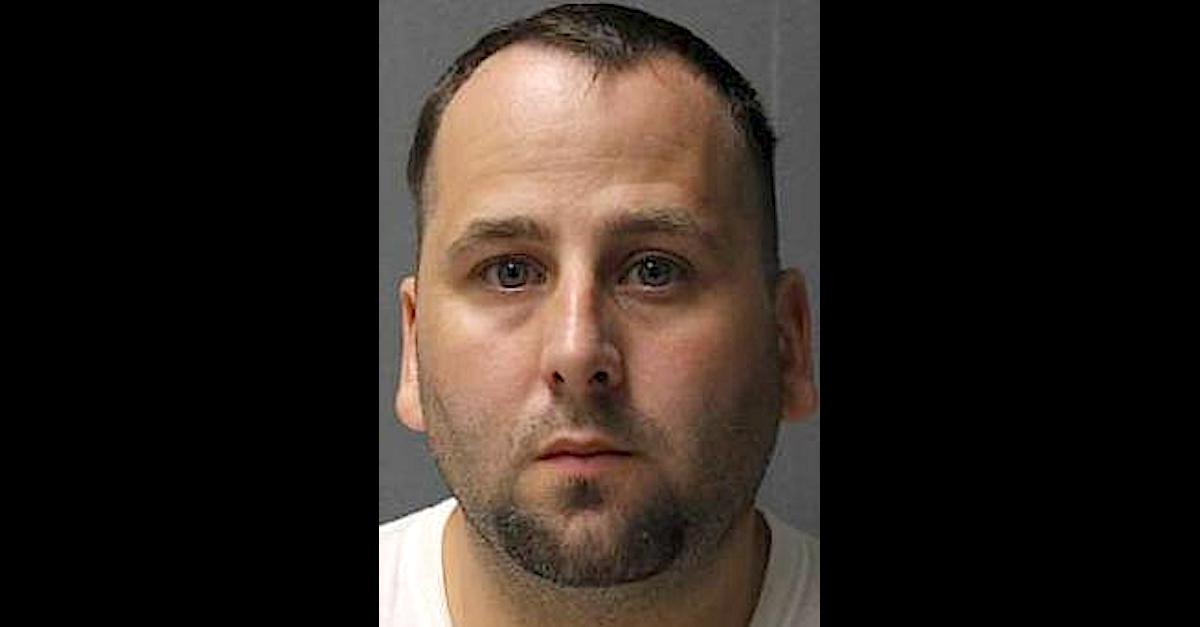 Thomas Woodard is seen in an original arrest mugshot.

“Lanckriet was armed with a knife and, along with Woodard, forced [a] woman who had answered the door to the ground, duct-taped her wrists and ankles and taped her to a chair before pouring bleach on the tape and her clothing in order to clear their fingerprints,” the Sioux City Journal said of the original incident which landed Woodard behind bars. “The two left with $80-$100 cash from the woman’s purse and her cellphone. The woman was able to break free and call 911 after the men left.”

Dutcher appears to have had a lengthy bout of contacts with the courts. Docket sheets bearing his name and his age include cases involving operating an unregistered vehicle, failure to maintain control, speeding, operating without a registration, insufficient headlights, operating under the influence, robbery, theft, burglary, assault, disorderly conduct (fighting/violent behavior), criminal mischief, violating probation, contempt (for failing to pay fines), and various controlled substance offenses. He also appears to have been serving a 25-year sentence for first-degree robbery. Many of his other charges were dismissed — some in an apparent return for guilty pleas. In 2009, Dutcher also appears to have been accused of escape from custody in Cherokee County, Iowa, but a judge threw out the charge in 2010. 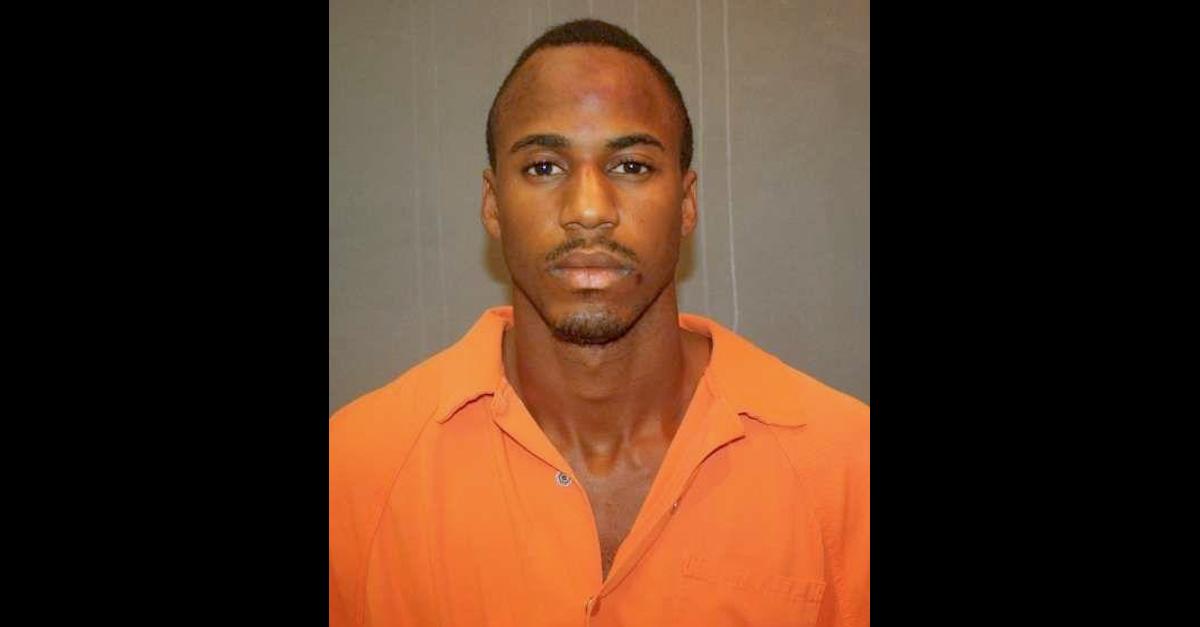 Michael Dutcher is seen in an original arrest mugshot.

The Sioux City Journal reported in 2014 that Dutcher had robbed a bank in Holstein, Iowa, and was arrested at a residence in nearby Quimby, Iowa. He was ultimately charged with approximately $82,000 from the bank robbery and for robbing two Sioux City motels. He used a gun to rob a Super 8 and a knife to rob a Travelodge, authorities said.

After Tuesday’s prison killings, both Dutcher and Woodard were moved to the Iowa State Penitentiary, the Des Moines Register reported. They are expected to appear in court sometime Thursday.

“[O]ur state grieves the loss of two public servants who were attacked while on duty at the Anamosa State Penitentiary,” said Iowa Gov. Kim Reynolds (R) on Tuesday. “My prayers and deepest condolences are with their families, friends, and colleagues as they begin to cope with this senseless tragedy. We will exhaust every available resource to deliver justice to those who committed this act and bring a sense of closure and peace to the victims’ families.”