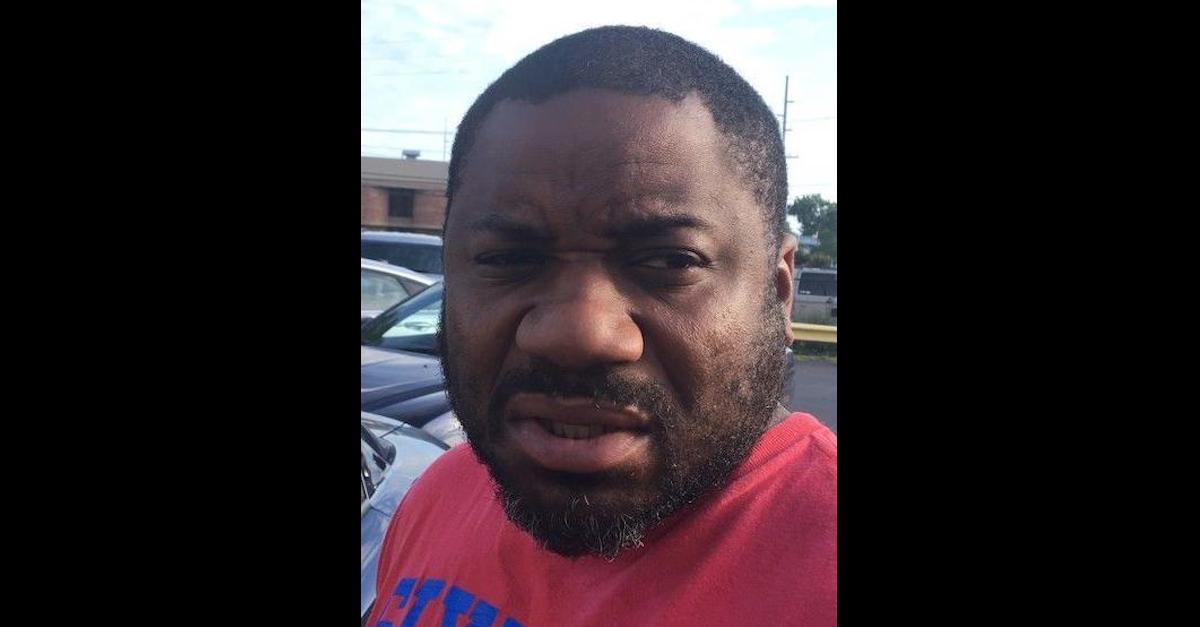 An Indiana man who crossed state lines several times to commit sex crimes against a 12-year-old girl in parks and motels has been sentenced to 25 years behind bars in a federal prison. Adrian C. Gardiner, 42, of Hammond, Ind., made video recordings of himself sexually abusing the girl. That’s according to an indictment on file in federal court.

The victim, of Cottage Grove, Wisconsin, near the state capitol of Madison, was specifically targeted by Gardiner, the Wisconsin State Journal reported. Gardiner tried to convince the girl he was an 18-year-old who had siblings in foster care in order to win the girl’s trust. The girl was also in foster care.

Cottage Grove is approximately two and a half hours away from Hammond.

Gardiner pleaded guilty to the first count of a four-count indictment. The other three charges were dismissed in return for the plea. In essence, Gardiner admitted to using a minor victim to engage in sex acts “for the purpose of producing a visual depiction” and then transmitting that depiction across state lines. He evaded two counts of traveling in interstate commerce to engage in a sex act on two subsequent dates and one count of using his cell phone to record the victim engaging in a sex act.

“Adrian has unequivocally accepted responsibility for his actions,” wrote defense attorneys Joshua Hargrove and Tracey Wood. They then went into detail about why they believed the mandatory minimum sentence was appropriate:

On August 19, 2019, investigators interviewed the defendant at the Lake County, Indiana, Jail. He provided the following information: He met Minor A on “Fling” and initially thought she was 18 years old. He traveled to Wisconsin nine times to pick her up outside of her residence. The first time he picked her up, they did not have sex. At each of the following eight encounters, they did have sex. Each visit occurred between June 30, 2019, until one week prior to his interview. They went to a park on the second, third sixth, and seventh times and had sex in his vehicle. During the eighth trip, he parked on the side of the road and they had sex in the vehicle. During the fourth, fifth, and ninth visits, the defendant checked into a motel where they had sex in rooms. Two of these encounters were at the Quality Inn and he recorded them having sex on his cellular phone. He sent the first video to Minor A but did not send the second video to anyone. After learning Minor A was 12 years old, he traveled to meet her twice to have sex with her.

This information clearly indicates that Adrian, despite his actions, did not seek to avoid or evade responsibility.

Adrian was forthright with the conditions under which he met the victim. He readily admitted that he did engage in sexual intercourse with her multiple times. Further, in specificity, he describes where they met and where they engaged in sexual intercourse. What’s more, is that Adrian explains that he met her on a dating site for adults. This means that his intention was not primarily to meet a minor. This should tend to negate the fear that he was on the prowl for a minor which requires more punishment. Though it is clear that once he learned of the victim’s true age he did not desist from seeing her and it is for that he is most sorrowful and contrite. Adrian understands the trauma and pain that the victim will have for the rest of her life. This should not, however, eclipse the other aspects of his character. When he was confronted by officers regarding these encounters and his behavior, despite having every incentive to deceive, deny or evade, he spoke honestly about how they met and where he fell short.

“The defendant, Adrian Gardiner, is a predator,” they wrote. “He traveled from Indiana to Wisconsin multiple times to sexually assault a then-12-year-old girl, recorded the sexual assaults on at least two occasions, and then sent one of the videos to the child.”

“Having been caught and convicted of producing child pornography,” those prosecutors added. “The guidelines for his offenses are 360 months to life in prison, capped at the maximum statutory sentence for the count of conviction: thirty years. For the reasons below, the government believes a sentence of 20 years is sufficient but not greater than necessary to reflect the gravity of the defendant’s crimes and to meet the other sentencing factors under 18 U.S.C. § 3553(a).”

The judge disagreed with both the prosecution and the defense by issuing the 25-year sentence.

“This does not strike me as a mandatory minimum case given the facts,” U.S. District Judge William Conley said, according to the Wisconsin State Journal. The judge noted that the defendant kept going after the victim despite attempts by her foster parents to cut off contact.

“Seldom has the court seen a defendant engage in a more repeated horrendous conduct at the age of 41,” Conley said. “I’m having a great deal of trouble not finding him to be a continuing danger to society.”

“This horrible and grotesque crime that Adrian Gardiner committed against my granddaughter,” the victim’s grandmother said at sentencing, the newspaper reported. “It has changed her life forever. I have spent countless days and nights trying to help my granddaughter piece back together her life.”

The victim ran away prior to the sentencing hearing and therefore did not speak, a social worker said.

“The damage he’s done to her is incalculable,” the social worker added.

Gardiner told the judge he “should have stopped all contact” with the girl when he learned her true age.

“I just want to apologize to the family that I affected,” the defendant said. “I’m totally sorry. I accept responsibility for what I did.”

[image via the Indiana State Police]