‘I’m Just Tired of the Disease That Plagues This Planet Which Is Human’: Florida Man Allegedly Posted Dark Message to Facebook Before Murder-Suicide 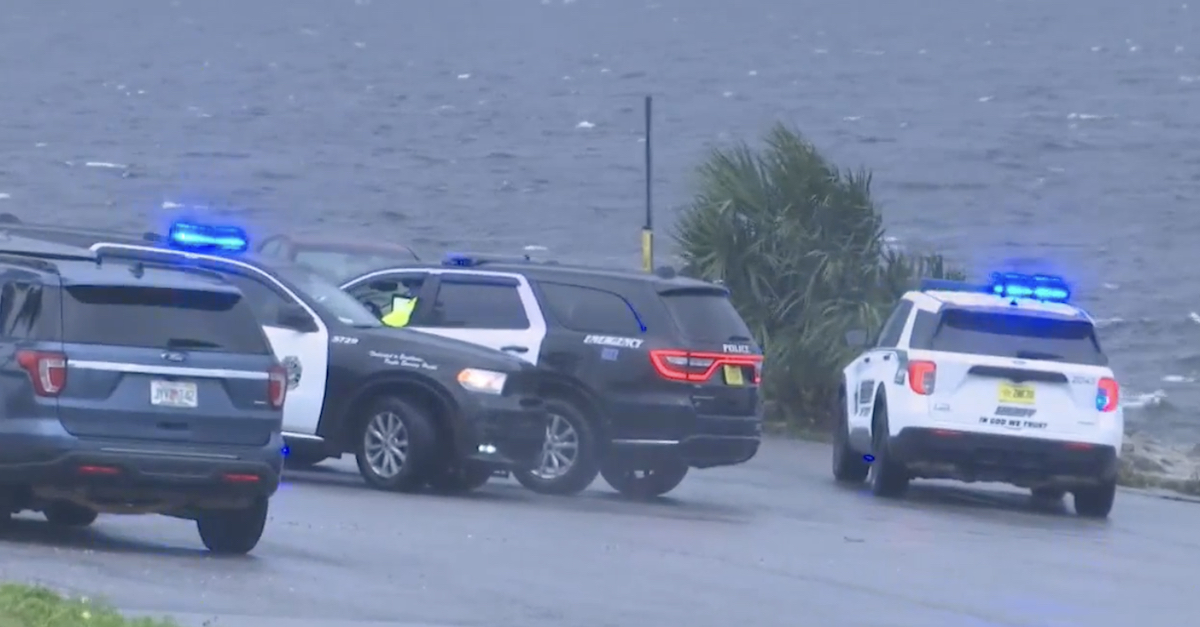 Law enforcement authorities near the location where David Haram allegedly took his own life.

Authorities in Florida have released the name of one of the two people found dead Wednesday morning in Panama City Beach in what detectives are now calling a murder-suicide. Based on physical evidence and social media posts, investigators believe that David Haram killed a woman in his home before taking his own life, police said.

According to a press release from the Bay County Sheriff’s Office, a tip provided to the sheriff’s office led investigators to an ominous social media post by a man, later identified as Haram. BCSO said the post “led investigators to believe the man making the post had killed someone and then intended to kill himself near the Hathaway Bridge,” which connects Panama City to Panama City Beach.

“Deputies located the man’s vehicle and his body inside the vehicle at a boat ramp on the south side of the west end of Hathaway Bridge. He had what appeared to be a self-inflicted gunshot wound,” the press release states. “Deputies also did a welfare check on the other person mentioned in the post at a residence on Panama City Beach. The second body was discovered in this residence.”

While the investigation remains ongoing, investigators indicated that the evidence point to Haram having killed the unidentified victim, posted to social media, and then shot and killed himself.

The Facebook post referenced by investigators, which went up at approximately 6 a.m. Wednesday morning, has since been deleted, but Panama City ABC affiliate WMBB provided a partial screenshot of the text during a televised report.

“I’ve failed my relationships, my friends, and as a father. I am aware I have fucked up a lot in life, but guess what, I’ve been fucked over more but yet I still try. I have been alone my whole life and just want love,” the post reportedly stated. “Every time I get close it blows up, and it’s probably partly me and I can say that, but usually all the blame falls on me. I don’t want to be on this earth anymore. I’m not depressed, sad or suicidal, I’m just tired of the disease that plagues this planet which is human.”

Haram allegedly wrote about not seeing his children, saying that “not a day goes by that I do not think about my kids and my heart breaks.” He also allegedly wrote that he was “madly obsessed with a woman that is [the] polar opposite of me.” He also said he was “destroying her.”

“The meek shall inherit ashes from the blazes of my destruction. Forgive me everyone but this is the greatest gift I can give anyone, to be rid of my burden,” he allegedly wrote. “To all the people close to me in my life you should know I love you, and I am sorry I can’t just be normal. I’m sorry I can’t deal with my life of trauma that has made me into something subhuman.”

Per WMBB, at some point in the post Haram allegedly admits that he had just “killed a female acquaintance in his bedroom at the Annabella’s Condominiums in Panama City Beach” and that “his body could be found by the Hathaway bridge.”

The victim’s name was not released under Marsy’s Law.