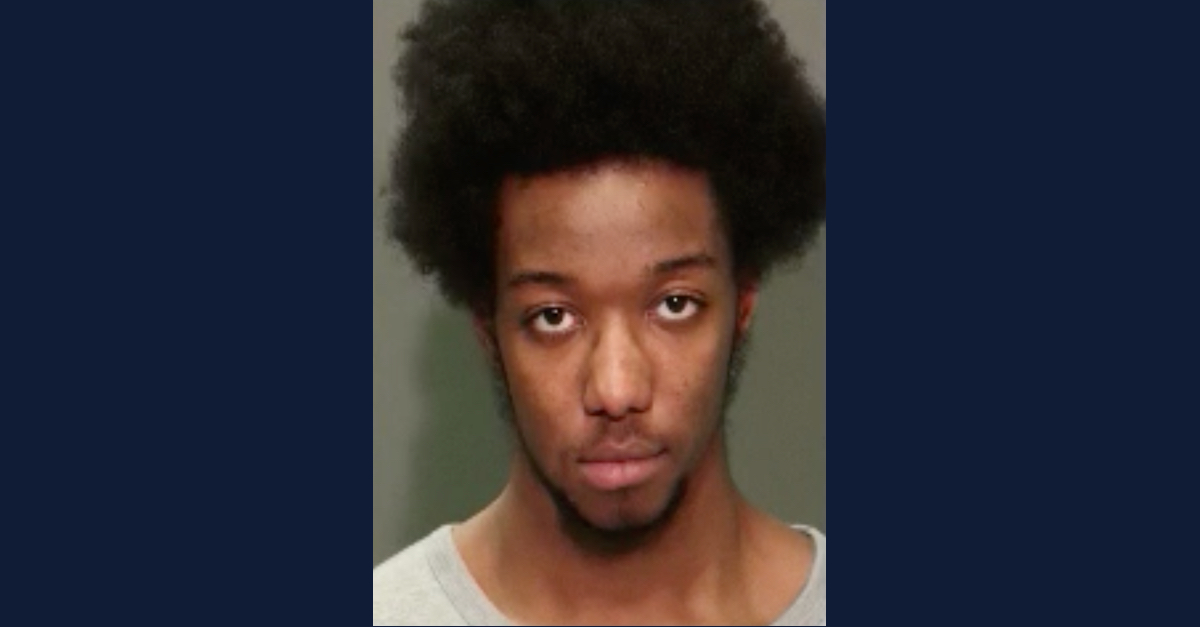 A New York City man has been arrested and charged in connection with the death of his own cousin whose body was found dumped inside of a plastic storage container late last week.

Khalid Barrow, 21, stands accused of murder and concealing a human corpse over the disappearance and death of 35-year-old mother Nisaa Walcott, who had been missing for days before her body was found by a man who resells thrown away personal belongings.

Nisaa Walcott’s best friends tell me she worked for ACS, was a single mom to a teen boy & had a beautiful spirit. She had not been seen since last week…then police found her decomposing body in a plastic storage bin on a sidewalk in the Bronx today. https://t.co/iumFitaDUZ pic.twitter.com/gk13eyJe8Y

On the afternoon of Friday, Feb. 25, 2022, a local junkman saw a human leg in a bin across the street from a storage facility. The man said the bin itself appeared to be out of place and unaffiliated with that facility in the Bronx’s Highbridge neighborhood, according to the NYPD.

Walcott was formally reported missing on Thursday of last week by her family who said they received a series of strange and uncharacteristic text messages in response to their repeated calls and messages.

“The language that was being used was like, wait a minute, that’s not my sister,” the deceased woman’s brother Eugene Butler told Manhattan-based CBS flagship network WCBS.

The lack of a phone response was also telling, he said.

“No matter what she was going through, she always picks up the phone for me,” Butler told local ABC flagship WABC.

The grieving sibling reflected on the outlines of his sadness in light of who and what was taken from him and his family forever.

“I’m feeling very numb and empty right now,” Butler told WCBS in an interview on Saturday. “Nisaa was a beautiful person. She was a caring, loving woman that really loved her family.”

One of those reportedly “odd” text messages relayed the following to her surviving son: his mother was leaving on business; and she was leaving Barrow in charge of things. That purported state of affairs did not at all sit right with those who knew Walcott.

“I remember when she gave birth to him she told me that that would be her one and only child and that was her one, her only,” Walcott’s sister-in-law Angie Johnson told WABC–explaining that the loving mother would have never traveled without her son.

“I can’t explain the scream that came from the pit of my stomach and I collapsed,” Johnson added—explaining how she felt when she learned the worst. “We have children in the house, they started crying.”

Browder was arrested on Saturday and interrogated at Harlem’s 23rd precinct, according to police sources cited by the New York Post. He was charged soon thereafter.

Authorities say they consulted surveillance footage from Walcott’s apartment building that showed the defendant entering the building with the deceased woman–and then later leaving by himself on Feb. 18, 2022. A different video from later that day allegedly shows Barrow dragging a large plastic bin to the roof of the apartment building.

Around midnight seven days later, additional surveillance footage allegedly shows Barrow removing a large plastic container with the help of another man who has yet to be identified, at least publicly, as of now.

In yet more footage, a man can be seen dumping a storage bin in the Bronx, according to law enforcement.

No motive for the slaying has been offered by police. Walcott’s exact cause of death has also yet to be determined.

Barrow currently has a preliminary hearing slated for the second week of March.

“This is barbaric, very gutless,” Butler added in comments to WCBS. “The person who did this had to have been a person who had no soul because all she wanted to do was help this person.”

Candles have started to accumulate in front Walcott’s apartment building in Harlem.

“The way she died did not represent who she was as a person,” the victim’s friend, Delia Soto, told NBC flagship WNBC. “She’s full of life, full of everything that makes people happy. She sees you sad, she smiles with you.”