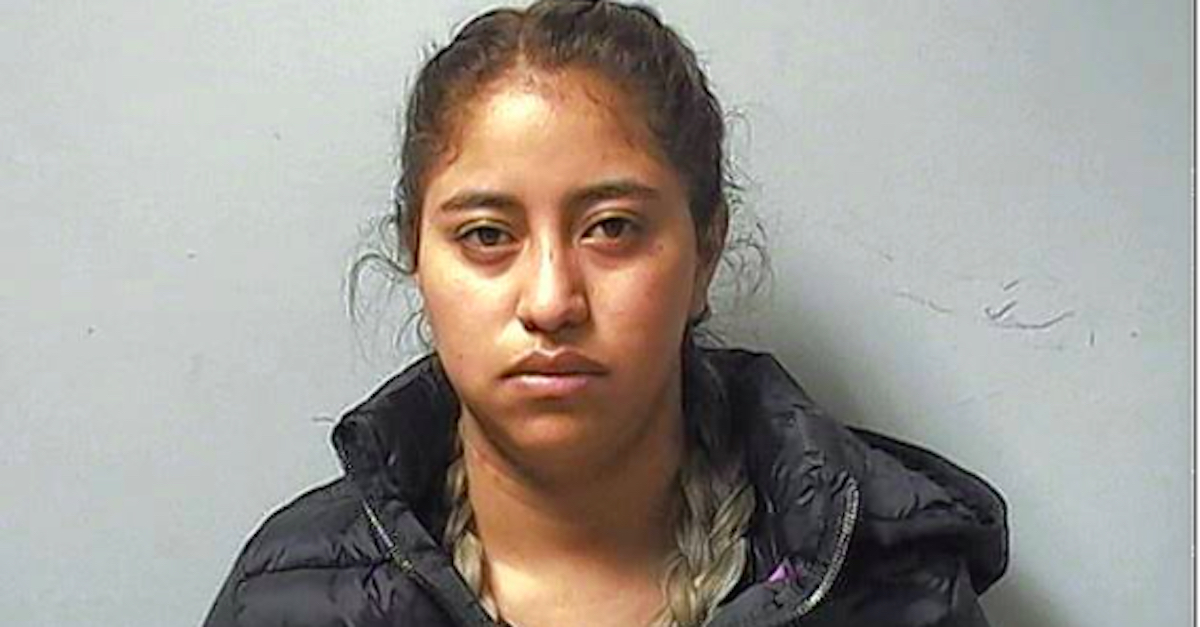 An Illinois woman was arrested over the weekend after authorities say she killed her newborn son last year and then buried the child in the backyard of her home in an attempt to keep her pregnancy hidden from her family.

According to a press release from the Cook County Sheriff’s Office, 23-year-old Alvory C. Chavez Ramos was taken into custody Saturday evening and charged with first-degree murder for the death of her infant child, who authorities believe was less than a month old at the time of his death.

In order to conceal her pregnancy from other members of her family, Chavez Ramos gave birth to the child in a bathtub inside the home — alone and without the assistance of medical personnel. When the child began to cry, Chavez Ramos allegedly covered the baby’s mouth and nose with her hand to prevent the other members of her family from hearing his wails.

According to the sheriff’s office, Chavez Ramos covered the baby’s nose and mouth until he stopped moving. She then placed the boy’s remains in a plastic bag and buried him in a hole she dug in the yard of the family’s home in an effort to conceal his existence. This is reminiscent of the Brooke Skylar Richardson case.

The baby’s body was discovered in the yard in May 2021, according to the sheriff’s office. During the subsequent investigation, an autopsy was conducted and the child’s death was determined to be a homicide caused by asphyxia.

Forensic examiners conducted a DNA test on the baby’s remains and confirmed that Chavez Ramos was the boy’s mother. She was arrested on Oct. 23, nearly a year after her son’s death.

Chavez Ramos reportedly waived her Miranda rights; during an interview with investigators she confirmed that she was the mother of the dead baby, according to a report from the Chicago Sun-Times. She told investigators that she had to hide her pregnancy from other members of her family because “she did not want them to be angry with her,” according to the sheriff’s office.

Chavez Ramos made her first court appearance on Monday where a judge set her bond at $95,000.

Earlier this month, another Illinois woman was arrested for allegedly killing her newborn baby and concealing the child’s death.

As previously reported by Law&Crime, detectives with the Winnebago County Sheriff’s Office and the South Beloit Police Department were dispatched to the home of Kristin Alley Larson where they allegedly found the remains of her newborn child hidden in a bucket inside her house. She was charged with first-degree murder and concealment of a homicidal death.

Prosecutors in Fulton County, Illinois earlier this month also charged another young mother, 23-year-old Joslynn M. Graham, with first-degree murder in connection with the death of her 5-month-old son Emery Lyons. As reported by Law&Crime, Graham appeared in Fulton County Court for a bond hearing where prosecutors said they have evidence showing that she performed online searches for the phrase “ways to get rid of your child.”

The county coroner determined that the baby’s death was a homicide caused by blunt force trauma.