‘Is This Chris Hansen lol’: Florida Man Busted in ‘To Catch a Predator’-esque Sting Operation Gets 12 Years in Prison After Pleading Guilty 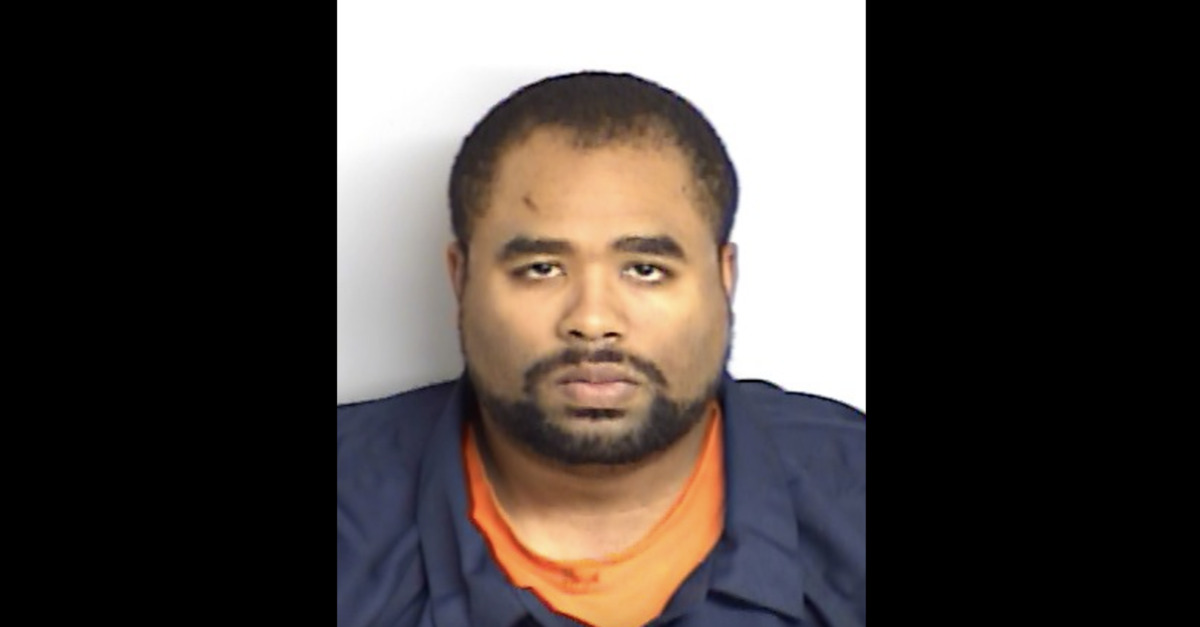 Warning: This story contains some graphic descriptions of predation on a child, albeit directed at undercover law enforcement and not a real child.

A Florida man was sentenced to 12 years in prison on Monday after trying to entice a 12-year-old into sexual activity through the internet.

Wayne Dale Epps, Jr., 36, pleaded guilty to the enticement charge, a violation of Florida law, before a federal court in June of this year and was guaranteed a minimum sentence of 10 years in prison. The defendant was additionally ordered to serve the rest of his life on supervised release and to register as a sex offender.

According to a criminal complaint filed in February, Epps used the online handle “ksaber2040” to coerce a person he knew “had not reached the age of 18 years to engage in sexual activity” for the specific crime, under Florida statutes, of “lewd or lascivious battery upon a person 12 years of age or older but less than 16 years of age.”

The investigation into the defendant’s behavior began in October 2019, according to the FBI, with an undercover operation that was “designed to identify and target adult individuals” who were using the internet to “make contact with and engage in” sex with minors.

32yo dad 11yo stepdau. No limits. Home alone tonight. Pm me.

“In this investigation, I planned to, and did in fact assume the persona of a 32 year old male offering his 11 year old stepdaughter to perform sexual activities with others,” Moxley writes in the criminal complaint.

Epps proceeded to take the bait.

For just over two weeks, the defendant and the undercover agent messaged one another through the app’s private messaging feature.

“What ages are u into,” the undercover asked Epps who eventually said, “My age range is wide.”

Initially, the defendant suggests he might be interested in a 17-year-old girl. To which the FBI agent replies: “Oh my dau is 11yo so I don’t want u doing something ur not ok with.” “What does she look like,” Epps asks. “Small body smooth skin,” Moxley says. “U interested?”

Over the course of several days, the two men discuss meeting up somewhere in Jacksonville, Fla. At first, Epps suggests he only wants to “hang out with you guys” but Moxley expressed doubt and presses the defendant to describe exactly what he means.

“You know what i mean?” Epps says. “No I don’t,” the FBI agent replies. “U serious about this or what. What do u want to do to her.” Eventually, and using increasingly graphic terms, the two settle on the alleged 11-year-old performing manual and oral sex on the defendant.

At one point, Epps expresses nervous skepticism and asks: “…is this chris hansen lol”

Chris Hansen was the host of the popular reality TV show “To Catch a Predator,” a program of Dateline NBC featuring similar sting operations.

The conversation turns increasingly graphic. Moxley goes on to describe what the faux 11-year-old stepdaughter has done with adult men in the past and what she’s prepared to do with the defendant. The FBI agent, at one point, rebuffs Epps when asked if he has sex with the girl. As the questions continue, Moxley says that he only watches.

But then Epps dropped off the FBI’s radar for several months.

By the time Epps and the FBI agent got back in touch, the fake stepdaughter had celebrated her 12th birthday.

“Dude I don’t remember u what did we agree to,” Moxley says after several messages where the defendant explains his absence. Epps replies: “Just to see her and possibly have her stroke or suck me.”

Eventually, after several additional volleys of messages, the defendant offers to wear a “flavored condom.”

At least once more, Epps expresses doubt and wants to make sure Moxley is not “a cop.” The FBI agent replies by sending the defendant a picture of male genitals and says: “Here’s what I think of the cops.”

Epps was arrested on Feb. 18 without incident and subsequently charged. During a tearful custodial interview, he allegedly vacillated about his intent but eventually said he might have “followed through.”

In a sentencing memorandum filed earlier this month, the defense paints a picture of an Iraq War veteran who was ultimately changed by his physical health issues.

“Mr. Epps presents as a soft-spoken, introverted man with a caring heart,” the filing says. “All who know him are shocked and dismayed by this case and the charge it involves. He has no criminal history and worked hard to rise above his difficult beginnings. He maintained employment continuously from 2011 – late 2019, when his chronic migraines disrupted his work life.”

enticement of a minorFloridaWayne Epps