A Month After Shoving Incident, Popular TikTok User Murdered His Estranged Wife and Her Friend: Prosecutor 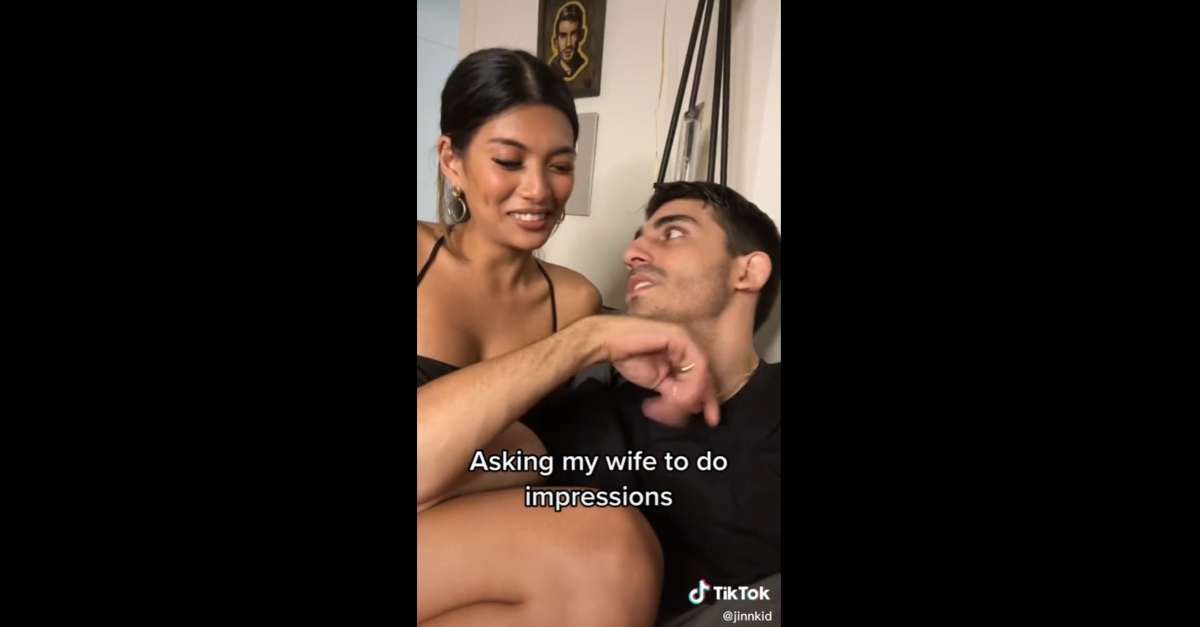 Ana Abulaban, and Ali Abulaban in a video dated Aug. 19.

Fans of Ali Abulaban‘s popular TikTok account saw a man with a love of doing pop culture impressions—and who appeared to have a warm, collaborative relationship with his wife Ana Abulaban, 28, who sometimes made appearances in his videos. Prosecutors said, however, that he threw that all away.

Defendant Abulaban, 29, allegedly shot and killed her and her friend Rayburn Cadenas Barron, 29, at her apartment on Thursday, according to a San Diego Union-Tribune report.

Deputy District Attorney Taren Brast of the San Diego District Attorney’s Office described increasingly violent and possessive behavior by Ali Abulaban, who is known on TikTok and elsewhere as “JinnKid.” Ana Abulaban told police in September that her husband had pushed her, which caused minor injuries. She voiced plans to file a restraining order and asked defendant Abulaban to leave the apartment Oct. 18, the prosecutor said.

According to Brast, “JinnKid” went to a hotel, but he sneaked back into the apartment three days later while Ana Abulaban was gone. He trashed the apartment, then installed an app on his 5-year-old daughter’s iPad, allowing him to spy on the home, authorities say. He heard his wife and a man speaking and giggling, Brast said. He went back to the high-rise apartment complex and was recorded running out of the elevator toward her home.

Defendant Abulaban shot Barron three times, and then shot his wife in the head, according to Brast. He confessed to his mother over the phone, picked up his daughter from school, and was arrested on state Route 15 with her still in the vehicle, Brast said. Abulaban allegedly said his wife was cheating, but Brast said she believed Barron was just a friend.

About two dozen relatives and friends of Ana Abulaban, and Barron were reportedly in the courtroom Monday. Some cried out and sobbed upon hearing details of the murders.

Defendant Abulaban pleaded not guilty at Monday’s hearing, according to CBS8.

[Screenshot via JinnKid on TikTok]