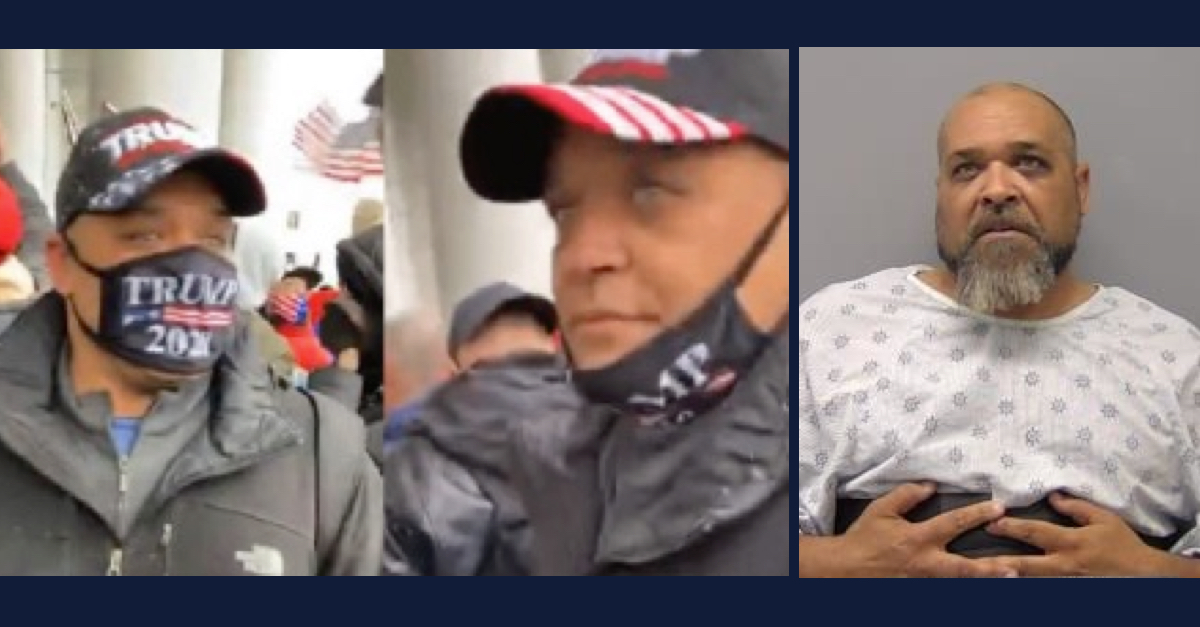 An Illinois man who assaulted police and a press photographer during the Jan. 6 riot at the U.S. Capitol now faces murder charges after allegedly speeding the wrong way down a highway.

Shane Jason Woods, 44, is accused of killing one person and injuring at least two others in Sangamon County on Nov. 8 after allegedly entering the I-55 the wrong way through an exit ramp, driving northbound in southbound lanes, and causing a multi-vehicle crash.

According to a police report, Woods’ blood alcohol level was .177 after the crash — more than twice the legal limit in Illinois.

Woods was allegedly fleeing a traffic stop at the time. The police officer conducting that traffic stop had “detected the odor” of alcohol coming from Woods, the police report said.

The Illinois State Trooper who provided the probable cause report for Woods’ arrest said in the report that while standing in the door to Woods room at the hospital where he was taken after the crash, the trooper overheard a conversation between Woods and a visitor.

“Nurses requested the visitors exit but prior to them leaving and while I was standing in the doorway of the treatment room, I overheard Woods speaking with a visitor, a white, middle age female, with blonde hair,” the trooper’s statement said. “During the conversation, I heard Woods state that he had intended on crashing his vehicle into a truck tractor semi-trailer.”

The state trooper said that Woods refused to answer questions after having been read his Miranda rights, but noted that “neighbours [sic] advised [him] later that an open 12oz Bud Light can had been located with the property that had been in Woods’ vehicle at the crash scene.”

Court records show that he now faces six charges, including first degree murder, aggravated driving under the influence, and aggravated fleeing and eluding a peace officer.

The trooper identified what may have been Woods’ mindset before the fatal crash.

“It should be noted through the course of the investigation I learned that Woods was a defendant in the January 6th, 2021 US Capitol Riots and was anticipating a sentence which may have been motive for the intentional traffic crash,” the trooper wrote.

Indeed, Woods had pleaded guilty in September to felony charges for assaulting a law enforcement officer and a member of the media during the Jan. 6 attack, when Donald Trump supporters, angry over President Joe Biden‘s 2020 electoral win, overwhelmed police and breached the building. Congress was forced to halt its certification of the Electoral College vote while lawmakers and staff either fled or sheltered in place.

In his guilty plea, Woods admitted to body-blocking a Capitol Police officer who had been hit with a chemical irritant during the melee and was pursuing the person who had sprayed her.

“As she did, Woods lowered his shoulder and rammed into her, knocking her off her feet and sending her crashing into a downed bicycle barricade,” the Justice Department had said in a press release announcing Woods’ guilty plea. “The officer felt immediate pain and the next day, she felt as if she had been ‘hit by a truck.'”

That first assault happened at around 2:10 p.m. that day. Hours later, Woods, by his own admission, went on the attack again after joining a group of rioters who were destroying media equipment.

“[H]e tossed some of it himself,” the DOJ press release said. “At the same time, a member of the news media attempted to walk away to protect himself and his camera. Woods took a running start and hit the man with a blindside shoulder tackle, knocking him to the ground and causing him to drop the camera.”

Woods is at least the second Jan. 6 rioter to have allegedly killed someone while driving under the influence. Emily Hernandez, 22, from Missouri, allegedly killed a woman while driving drunk. Like Woods, Hernandez was allegedly driving on the wrong side of the highway. She is now facing charges of driving while intoxicated resulting in the death of a non-passenger, and driving while intoxicated resulting in serious physical injury.

She had pleaded guilty in January to a misdemeanor trespassing charge. She had been pictured inside the Capitol, just steps away from “Camp Auschwitz” sweatshirt wearer Robert Keith Packer, grinning widely as she held a shard of a nameplate belonging to House Speaker Nancy Pelosi (D-Calif.).

In April, Hernandez was sentenced to 30 days in jail on the Jan. 6 charge. Court records indicate that her criminal case is ongoing.

Woods was set to be sentenced on Jan. 13, 2023. Court records show that U.S. District Judge Amit Mehta has granted a request from Woods’ lawyer in that case to vacate that sentencing date and ordered him to submit a status report by mid-December.