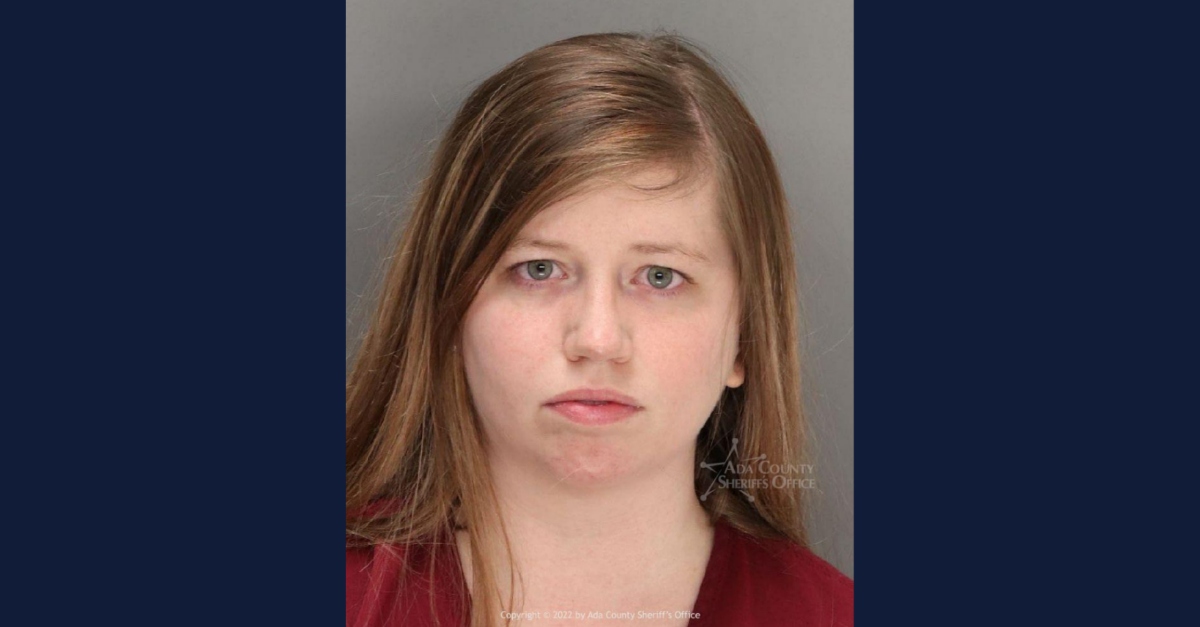 An Idaho mother was sentenced to life in prison late last week for murdering her infant son.

Danielle Radue, 28, will have the possibility of parole after 18 years in prison, according to the Ada County Prosecutor’s Office. The defendant made an Alford plea in April for killing Dawson McKinney, meaning she only accepted punishment but never admitted guilt in court.

The charge was first-degree murder. The sentencing hearing on Friday cleared up nothing for the child’s father Adam McKinney. He said he did not know what to believe because Radue changed her story so many times, according to The Idaho Statesman.

“I can’t tell people what happened to my son,” he said.

The general timeline is that Adam McKinney dropped by the residence in Meridian, Idaho, on May 11, 2020, returning home in the middle of the morning to help out with Dawson. He returned to work after feeding the child and placing him back in a swing, Ada County Deputy Prosecutor Kai Erik Wittwer reportedly said. In just six minutes, however, Radue ran outside, carrying an apparently “limp” and “lifeless” Dawson.

Paramedics arrived and chose to call cops. Prosecutors said Dawson had sustained a skull fracture and injuries to his brain. This was reportedly from “non-accidental trauma.” He died in his father’s arms on May 15, 2020 after four days in the hospital.

“I knew Dawson was going to change the world,” the father said in court, mourning his son. “I knew Dawson had already changed my life and the lives of so many others in just the first few minutes of his life. I knew that any darkness or any problems seemed so small compared to this beautiful life I had just seen come into this world — and that I had helped create.”

Radue’s differing stories reportedly including her putting down Dawson on the floor “much harder than intended” after taking off him off the diaper-changing table. She reportedly also told the boy’s father that Dawson rolled off after their dog jumped on the couch.

“I do hope that I can be given the earliest chance to reenter society, which is still no guarantee with a life sentence,” Radue said. “But no life sentence will hurt as much as the life sentence I’m living without my son.”

For their part, Radue’s defense reportedly said she experienced a confluence of issues leading up to Dawson’s death. Expert witness Nicole Cirino, director of the Division of Women’s Mental Health and Wellness at Oregon Health and Science University, called it a “perfect storm.”

She testified it was “very, very rare for a woman with a prenatal psychiatric condition to harm her child,” but Radue experienced untreated issues including postpartum depression, PTSD and high anxiety. Radue had insomnia and was hypervigilant with her son. Cirino also noted the COVID-19 pandemic.

Radue reportedly claimed McKinney physically abused her. McKinney denied this in court, calling her “spoiled” and saying she “cannot accept responsibility for her actions.”

Miller said he did not find evidence McKinney was abusive, citing the former couple’s extensive text history dating back to before Radue got pregnant.

“I extend my sincere and deepest condolences to Dawson’s loved ones who suffered a devastating loss,” Ada County Prosecutor Jan Bennetts said. “My team and I take these cases very seriously. I am grateful for the Meridian Police Department’s thorough investigation on this case.”