‘Go Die’: 7-Year-Old Girl Has Choice Words for Ohio Man Sentenced to Decades in Prison for Rape and Kidnapping 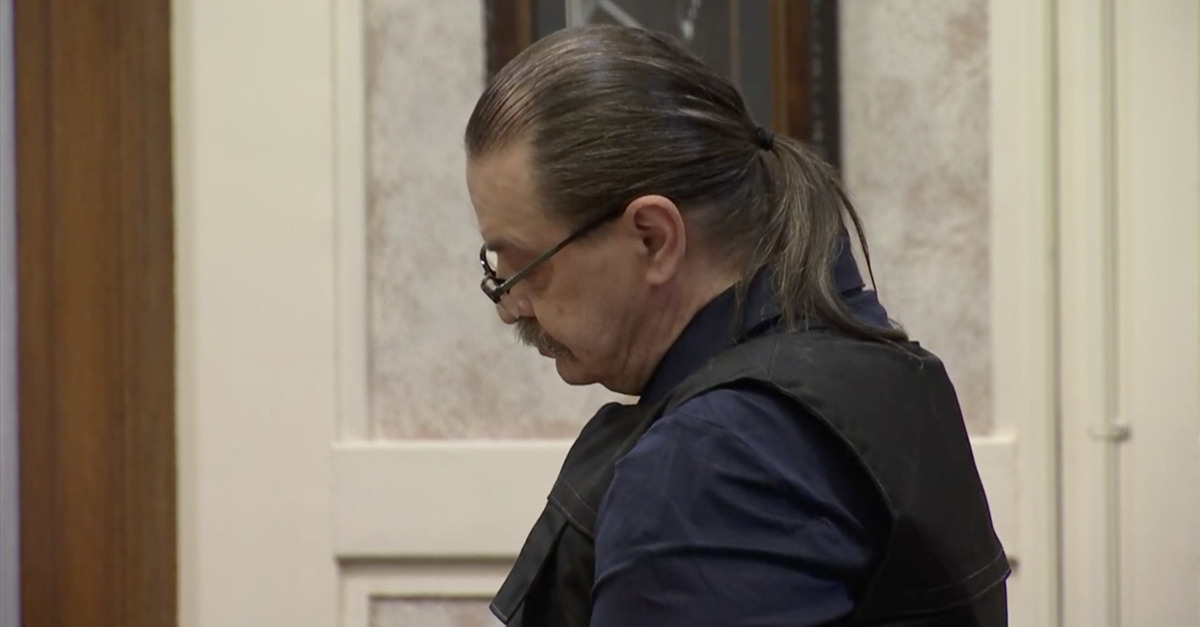 An Ohio man will spend at least 45 years in prison after kidnapping, raping, and trying to kill a 7-year-old girl last year.

While the defense and the prosecution went back and forth about the strength of DNA evidence tying the defendant to the 16 crimes of which he was accused, the girl’s testimony was said to be dispositive.

“The point is the girl is steadfast and when her interview she looked him right in the eye and she pointed at him right down there,” Hardin County Prosecutor Bradford Bailey told jurors. “That is not based on some fleeting moment, some guy comes to her house one time. That’s on the guy that’s been for over 60 days consistently over six and a half, seven years of her lifetime. She knows who Charles Castle is.”

Earlier this month, the defendant was found guilty of every single extant charge against him by the 12-person jury.

According to Columbus, Ohio-based NBC affiliate WCMH, Castle was initially indicted on 17 charges in late 2021. Prosecutors dropped one count of possession of criminal tools just before deliberations.

The victim, who hails from Kenton, Ohio, was taken away from her home in November 2021. She was found almost two days later in an abandoned building in a rural part of Hardin County.

After being recovered, the girl was examined at Nationwide Children’s Hospital in Columbus, Ohio. There, a child abuse pediatrician who testified made note of numerous injuries to the victim including a purple ligature mark across her neck, several spots from burst blood vessels on her face, and bruising and scratching across her body.

The cumulative prognosis was strangulation and signs of brain damage, Dr. Kristin Crichton testified, according to WCMH.

Castle was convicted the day after jurors began to consider his culpability for the girl’s hours of torment and subsequent disposal in the cold basement where she was left to die. She suffers from a suite of mobility issues still, the state told the judge and the jury.

“She’s got some issues that’s going to take time, patience,” Bailey said after the verdict was returned. “The parents know they have a long way to go to bring her back to normal. Our department was emotionally involved in this case very seriously from the beginning and the girl’s a cute little girl, so that’s what makes me emotional.”

The girl’s father reportedly said the defendant was considered a longtime family friend who lived nearby. Castle’s defense attorney attempted to paint the victim as an “inconsistent, unreliable narrator or storyteller.” In the end, jurors didn’t take to that narrative.

Castle was sentenced to 10 years to life in prison for the attempted murder conviction. For the 15 additional counts, he was sentenced to 35 years in prison. If he is ever released, he must register as a tier three sex offender, Columbus, Ohio-based CBS affiliate WBNS reports.

Asked whether he would like to say anything to the girl’s family after being sentenced, the defendant reportedly said, “No.”

A victim’s advocate then relayed a terse but powerful message from the girl, the TV station reported. She said: “Go die.”