‘I Took Your V Card and You Liked It’: Kentucky Woman Allegedly Raped 12-Year-Old Boy, Made Him and His Friends Call Her ‘Mom’ 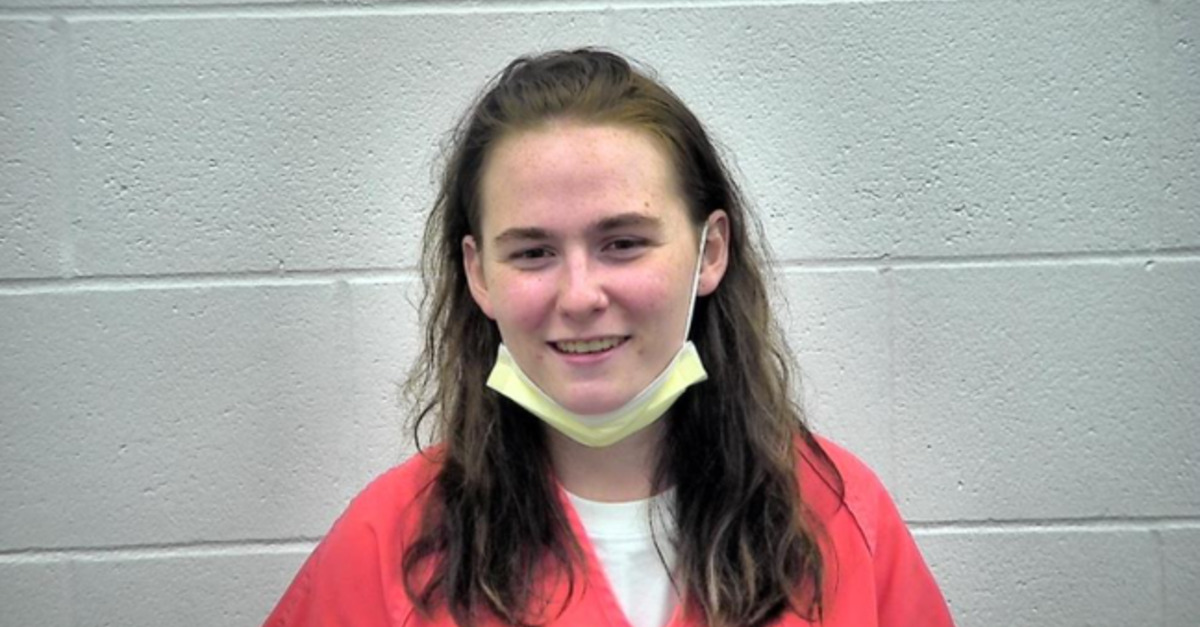 A Kentucky woman was arrested last month on multiple sexual abuse charges after allegedly having sex with a 12-year-old boy numerous times earlier this year–and then allegedly boasting about it.

Morgan Roberts, 18, stands accused of sodomy, rape and sexual abuse by authorities in Kenton County, Ky. over three separate incidents alleged to have occurred throughout March and April.

The boy’s mother reported the alleged relationship to police after finding a lurid and tell-tale message on her son’s cellular phone.

“I took your V card and you liked it,” the defendant allegedly texted the boy, according to a criminal complaint obtained by Law&Crime.

Ludlow Police Detective Jason Compton interviewed the alleged victim, who “said he had three sexual encounters with Roberts,” according to the affidavit supporting the arrest warrant in the case.

“The first took place at [the boy’s] residence in Ludlow,” the court document notes. “[The boy] states Roberts touched his penis with her hands, performed oral sex on him, and had intercourse with him. The second encounter took place at Roberts’ residence in Bromley.”

In the criminal complaint, the second and third alleged sexual encounters between the defendant and her alleged victim are described in substantially similar terms to the first alleged encounter.

“We take sex crimes very seriously, especially those against children,” Commonwealth’s Attorney for the 16th Judicial Circuit Rob Sanders told Law&Crime in an email. “The fact that this defendant is female makes the case somewhat unusual, but no less serious.”

Two other minors allegedly in the know about the situation were interviewed by police. Police claim those other two children said that Roberts “admitted to having intercourse” with the boy. Each of the three minors interviewed by Ludlow allegedly said that ‘Roberts makes them call her ‘Mom,'” according to the affidavit.

“It’s a little bizarre,” Sanders told local Fox affiliate WXIX. “An 18-year-old is hanging out with 10, 11, 12-year-olds. But that seemed to be the case here, where he met her through other children. It was somewhat common knowledge of what was going on, at least amongst the kids.”

“She was associating with, befriending children that were significantly younger than she is, that were far below the age of consent in Kentucky, and that’s how we believe she came into contact with the victim in this case,” the prosecutor told local CBS affiliate WCPO.

Police additionally claim the boy who was allegedly raped by Roberts “was able to describe physical features of Roberts which would not be readily visible unless he had seen her without clothes.”

According to Ludlow, attempts to locate Roberts at her residence in Bromley proved unsuccessful. The detective also said he tried on “multiple occasions” to set up an interview at the local police station. Those efforts went nowhere, Ludlow said, because “she refused” and “would not tell [the detective] where she was staying” as of early September. The defendant was eventually arrested on Sept. 16, according to local CBS/CW affiliate WKRC.

Despite the defendant’s alleged proclivity for hanging around with minors, authorities do not believe there are additional victims.

Roberts was assessed a $10,000 bond in late September by a Kenton County Court judge. She is currently out on bail.