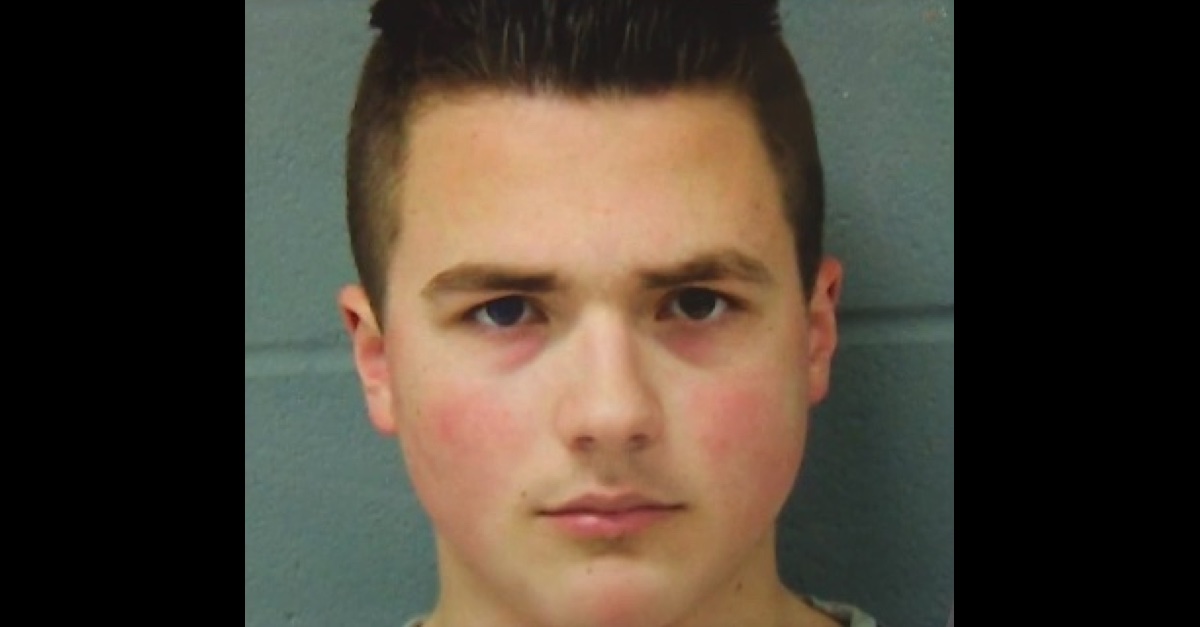 A Texas teenager facing federal criminal charges for setting a fire at a synagogue kept daily log of his activities, including confessing to the crime, prosecutors say.

Federal authorities arrested Franklin Barrett Sechriest, 18, in Austin on Nov. 12, nearly two weeks after he allegedly set a fire at the doors of a synagogue.

According to the complaint, Sechriest intentionally set the fire at Congregation Beth Israel at around 9 p.m.

Sechriest is a student at Texas State University and, until recently, a member of the Texas State Guard.

The fire caused thousands of dollars worth of damage, according to a press release from the Department of Justice announcing the charges.

The criminal complaint includes pages of notes purporting to be from Sechriest’s journal.

Other activities that day apparently included “Nearly crash my car,” “scare off kids with alien mask,” and “get matched on tinder! no response yet though.” 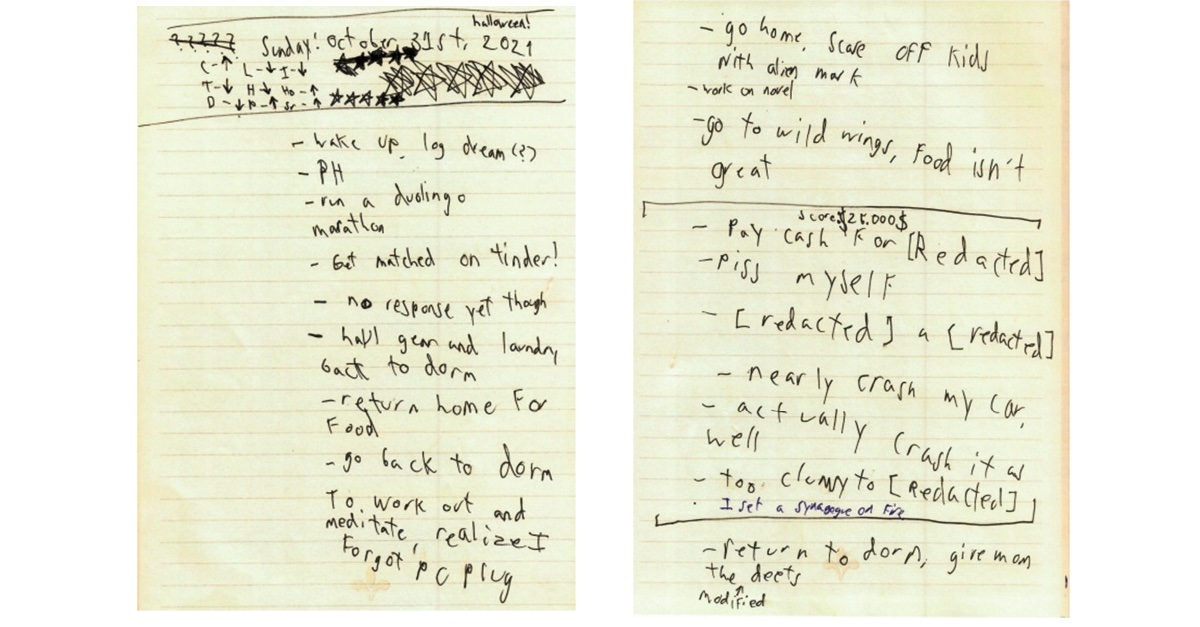 Two days after the fire, on Nov. 2, Sechriest appears to have tracked media coverage, and expressed concern that authorities may have been closing in on him.

“Check reports on [REDACTED], get worried when it mentions they are ‘hopeful a suspect will be caught[.]” 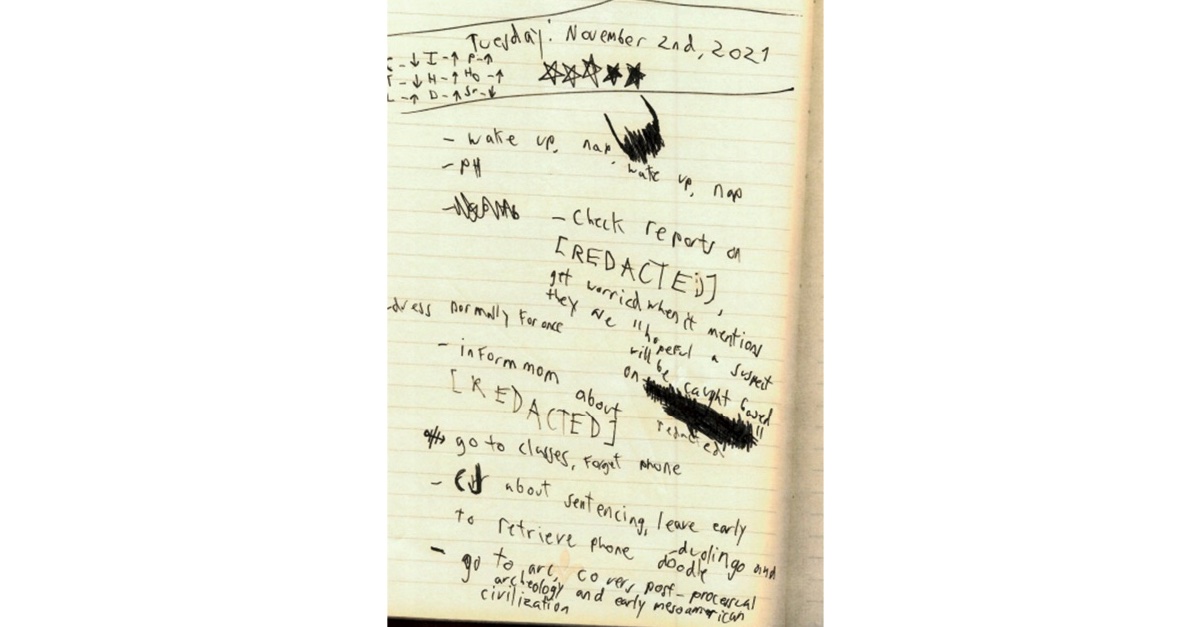 Also on that day, Sechriest made a note to “dress normally for once.”

The complaint traces Sechriest’s movements back to Oct. 28, revealing that he apparently went to the synagogue ahead of allegedly setting the fire, and scoped out the synagogue’s Child Development Center (CDC).

“Surveillance video showed [Sechriest’s] vehicle drive through the roundabout in front of the CDC, hit and park on the curb directly in front of the Child Development Center, and using what appeared to be the flashlight from a cellular smart phone and shining it toward the entrance to the CDC,” the complaint says.

This tracks with a note in his journal from Oct. 28: “scout out a target.” His next note: “return to base.” 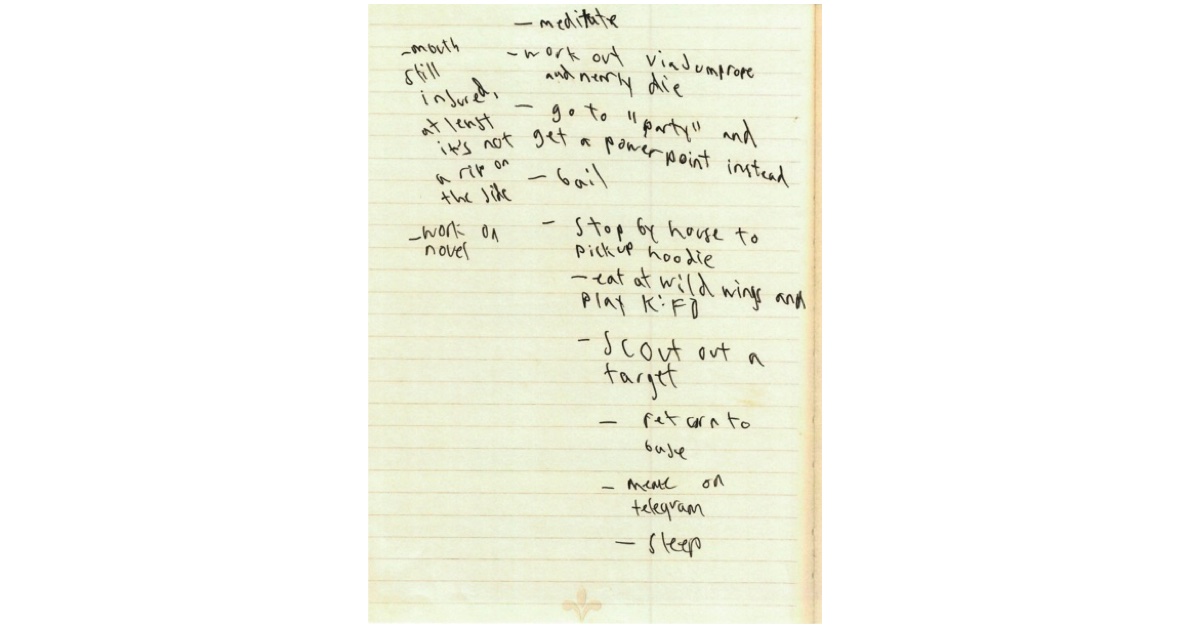 Sechriest faces up to 20 years in prison, if convicted.

“We will continue to assist the FBI and Austin Fire Department in the ongoing investigation that led to the arrest of Texas State University student Franklin Barrett Sechriest for the arson attack that damaged the Congregation Beth Israel synagogue in Austin on Oct. 31,” a spokesperson for Texas State University said in an emailed statement to Law&Crime. “Our university decries this hateful act of bigotry and violence and all the anti-Semitic events perpetrated recently in Austin, San Antonio, and San Marcos. The Texas State University community stands in solidarity with our Jewish students, faculty, staff, alumni, and community members who have been impacted.”

Sechriest apparently separated from the Texas State Guard at some point after the Halloween fire.

Read the complaint against Sechriest, below.