He Saw ‘Fraud as an Achievement’: Husband and Wife Sentenced While On the Run for Taking COVID-19 Relief Money 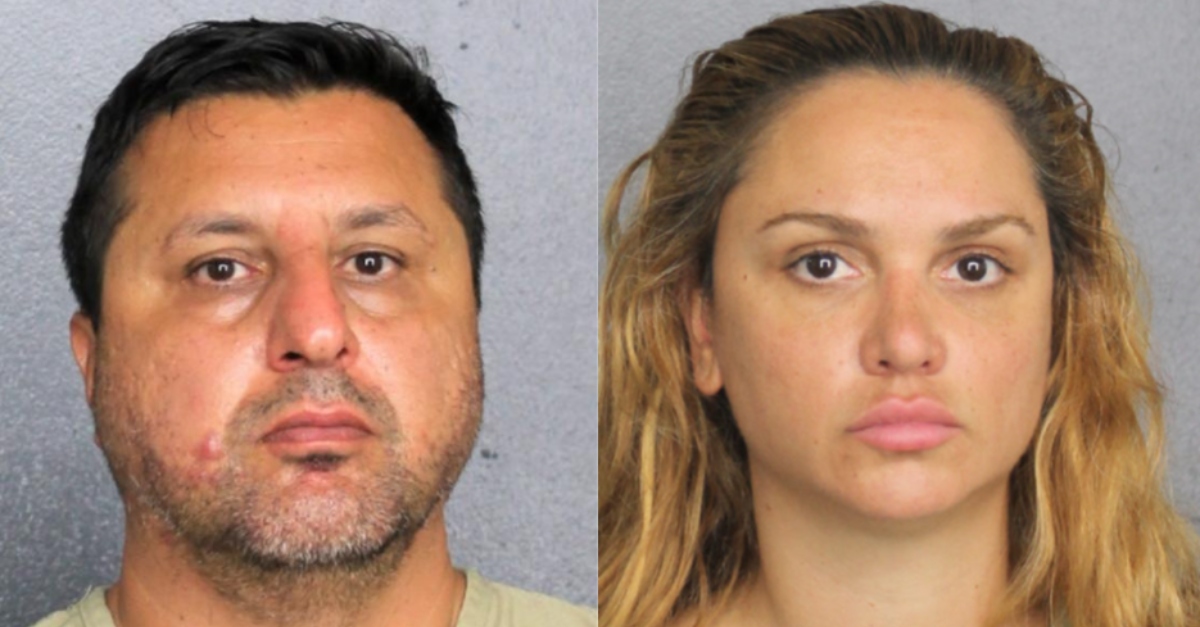 A husband-and-wife pair convicted of fraud are considered fugitives, but that did not stop a California federal judge from sentencing them both to prison. Richard Ayvazyan, 43, is set to spend 17 years behind bars, while Marietta Terabelian, 37, is scheduled to spend six years incarcerated. They were convicted in a fraud case back in June, authorities said. While awaiting sentencing on Aug. 29, they cut their tracking bracelets and fled, according to the U.S. Department of Justice. There is a $20,000 reward for information leading to their arrests.

Richard’s brother Artur Ayvazyan, 41, who is in custody, was sentenced to five years in federal prison.

Sentencing is pending for yet another person, Tamara Dadyan, 42, who is trying to withdraw her guilty plea.  Her sentencing is scheduled for Dec. 6, assuming the plea will be allowed to stand.

The group was charged with scheming to illegally pocket more than $20 million in money meant for COVID-19 pandemic relief through the Paycheck Protection Program and Economic Injury Disaster Loan.

“According to court documents and evidence presented at trial, the defendants used dozens of fake, stolen or synthetic identities – including names belonging to elderly or deceased people and foreign exchange students who briefly visited the United States years ago and never returned – to submit fraudulent applications for approximately 150 PPP and EIDL loans,” the DOJ said. “In support of the fraudulent loan applications, the defendants also submitted false and fictitious documents to lenders and the Small Business Administration (SBA), including fake identity documents, tax documents and payroll records. The defendants then used the fraudulently obtained funds as down payments on luxury homes in Tarzana, Glendale and Palm Desert. They also used the funds to buy gold coins, diamonds, jewelry, luxury watches, fine imported furnishings, designer handbags, clothing and a Harley-Davidson motorcycle. The conspirators sought to fraudulently obtain more than $20 million in COVID-19 relief funds.”

Judge Stephen V. Wilson said he could not think of a fraud case done in such a “callous, intentional way without any regard for the law,” according to a DOJ retelling of the sentencing hearing. He minced no words for Richard Ayvazyan, calling him “an endemic, cold-hearted fraudster with no regard for the law” who saw “fraud as an achievement.”