‘I Don’t Make Light of It’: Florida Teacher’s Defense Attorney in Sexual Battery Case Tells Judge That Student Victim Is ‘Less Than 60 Days’ from Being an Adult 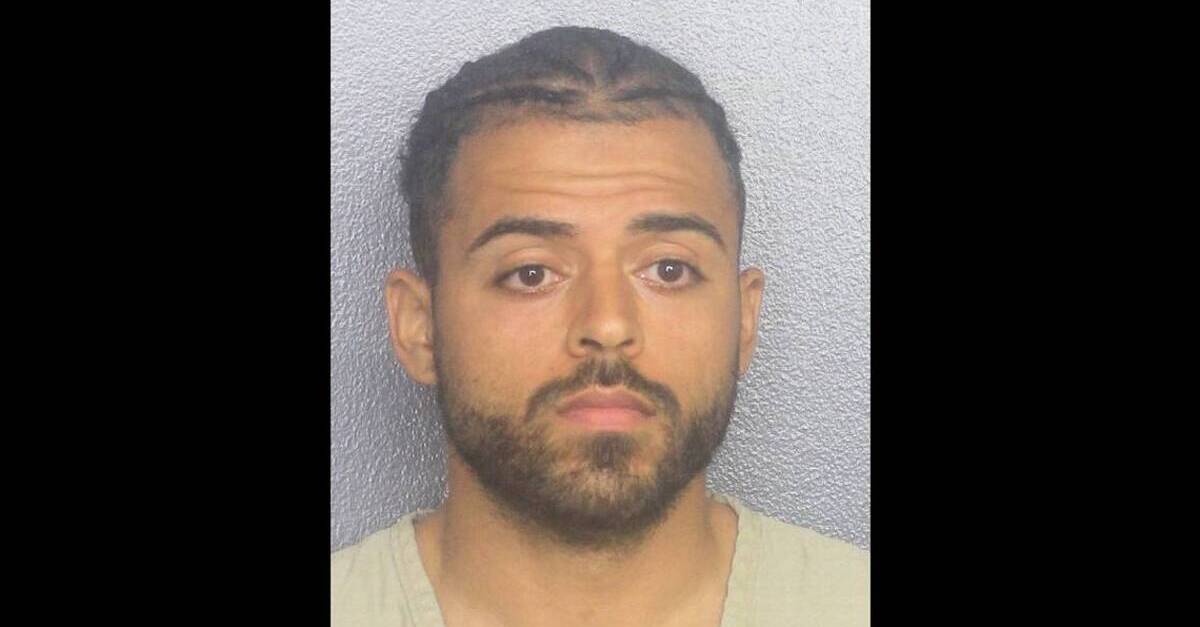 A Florida teacher was arrested over the weekend for allegedly having a sexual relationship with a girl who was too young to consent.

Philip Velez, 28, stands accused of three counts of sexual battery on a minor and one count of soliciting and engaging in sexual misconduct by an authority figure over his allegedly admitted relationship with one of his 17-year-old students. When confronted as to why the girl was in his apartment late Saturday, the defendant allegedly told police she was his girlfriend, according to an affidavit obtained by People.

And that’s not nearly all.

When Hollywood Police Department officers knocked on his door in Broward County, Fla., the teacher and the girl were allegedly in the middle of having sex, according to local CBS affiliate KPEC.

That interruption was precipitated by a tracking application on the girl’s cellular phone, police said. The alleged victim’s older sister reportedly told their father that her sibling had been acting weird and led the family to check her phone’s location on the day in question.

During a courtroom appearance on Monday, the defendant’s attorney argued that the girl’s relatively older age, though still a legal minor, should be viewed as a mitigating circumstance.

“If your honor takes a look at the PC, you will see that the alleged victim in the case is 17 years old,” defense attorney Kenneth Hassett said, according to local Fox affiliate WSVN. “She is less than 60 days away from being a consenting adult,” the defense attorney said. “It is alleged that Mr. Velez is a teacher at Flanagan High and that the alleged victim and Mr. Velez were engaged in a sexual relationship.”

“He’s in a position where he is supposed to be protecting children, teaching children, not engaging in sexual relations with them,” Broward County prosecutor Eric Linder countered.

“I don’t make light of it,” the attorney continued, according to local ABC affiliate WPLG. “He’s a teacher, but he is a young teacher. Doesn’t make a lot of money and has no prior record.”

Broward County Court Judge Joseph Murphy wasn’t particularly swayed by that line of argument–and relayed the circumstances that led to the eventual unlawful pairing when the two met at a fundraiser for Charles W. Flanagan High School in Pembroke Pines, Fla. Velez was an assistant basketball coach who taught culinary arts.

“He was a teacher,” Murphy said, according to WSVN’s account of the bond hearing. “He knew how old she was. They participated in the fundraising. This is an educational or a school event.”

The two began talking after that event, according to the girl’s account. She told police that after texting for awhile, she and her teacher had sex “four or five times” beginning in December of last year and also performed additional sexual acts on one another.

According to WPLG, Velez’s teaching status was “active” as of Monday. He was arrested early Sunday after allegedly making a videotaped statement to police where he said the 17-year-old was his “girlfriend” and allegedly admitted the two had discussed how “it was wrong to be together” because of her age and the lack of legal consent that comes with it, according to local NBC affiliate WTVJ.

Ultimately, the defendant was allowed to post bond. Velez was granted bond at $25,000 each for the first three counts and $10,000 for the fourth count. He posted $85,000 bond Monday evening.

Velez had been employed by Broward County Public School since July 2019. As a condition of his bond, he is not allowed to set foot on the high school campus during the term of his release and cannot have any contact with a minor who is not member of his family.