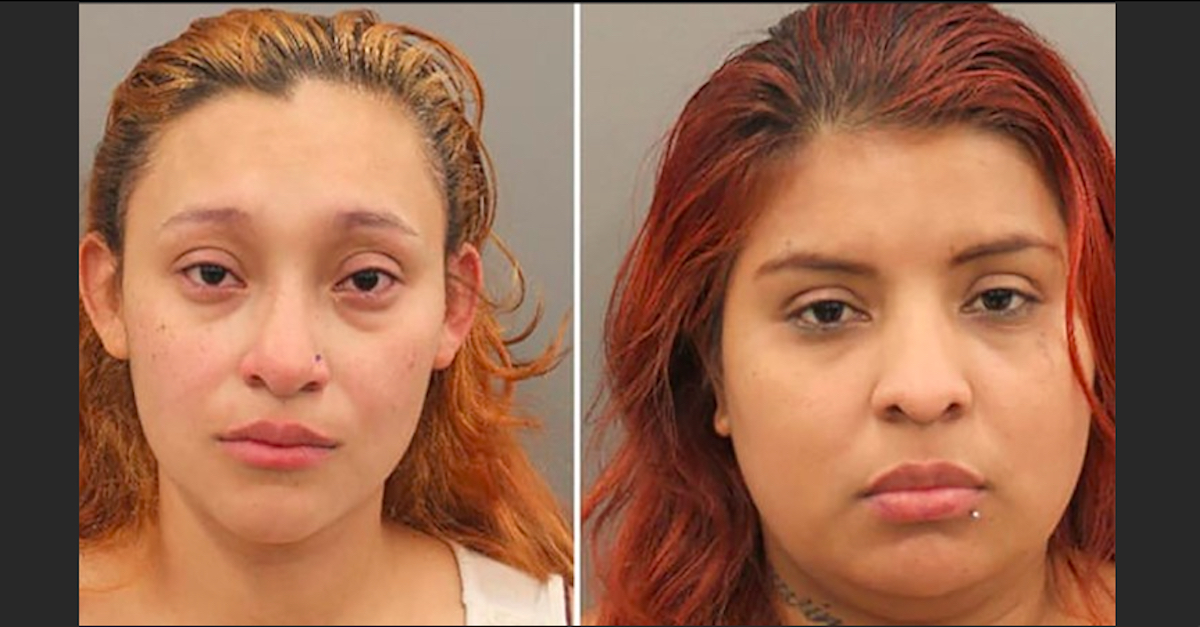 Two mothers in Texas found themselves behind bars last week after police say the women abandoned their six young children in unimaginable squalor, with at least one infant resorting to eating his own feces. Riccy Padilla-Hernandez and Yures Molina were both taken into custody on Wednesday and face charges of endangering a child, Houston NBC affiliate KPRC reported.

The 28-year-old Padilla-Hernandez’s children are ages 2, 3, and 7. The children of Yures Molina, 34, are ages 1, 8, and 9. The relationship between the two women was not immediately clear, though all of the children were found living in the same home.

According to the report, a maintenance worker called 911 and reported seeing Padilla-Hernandez’s 2-year-old daughter walking around barefoot and unsupervised right next to a swimming pool in the yard of the property. The worker reportedly told described the child as appearing to be filthy.

Officers from the Houston Police Department responded to the residence and found a shocking scene inside of the home.

Upon arriving at the scene, first responders reportedly encountered one of Padilla-Hernandez’s sons, who brought them to the shared apartment where officers found four other children, one of whom had special needs and required additional care. All of the children reportedly appeared bedraggled. Neither Padilla-Hernandez nor Molina were at the home.

Molina’s infant son was reportedly left alone in a crib inside the apartment.

“According to investigators, the infant was so deprived of food that he resorted to eating his own waste,” KPRC reported. “Her 9-year-old was reportedly covered in filth and infested with lice.”

Padilla-Hernandez reportedly came home while officers were still on the premises. She allegedly told investigators that she had been out “doing her taxes.”

The children were reportedly removed from the home and placed in the custody of Child Protective Services (CPS). Padilla-Hernandez and Molina were both taken into custody. A judge set the women’s bond at $15,000 each. Both of the women reportedly posted bond and were released from holding on Friday. During her initial appearance before a judge, Molina reportedly said that she was currently seven-months pregnant with her fourth child.

Padilla-Hernandez and Molina are currently scheduled to appear in court again on Monday, Feb. 7.

Another Texas mother last month was arrested after police say she forced her daughter to live for several weeks in a filthy apartment with the decomposing body of the little girl’s father. Susan Que Smith was taken into custody on Jan. 18 and charged with one count each of intentional or reckless child endangerment and tampering with physical evidence/failure to report human remains.

As previously reported by Law&Crime, the father’s decomposing body was not the only thing that made the apartment “unlivable.” Per reports, police said there were buckets filled with human waste littered throughout the residence as well. Smith reportedly told police that she and her daughter had been using the buckets in place of toilets because there was no running water in the home. Officers also reportedly noted that there was rotting food and garbage all over the place.