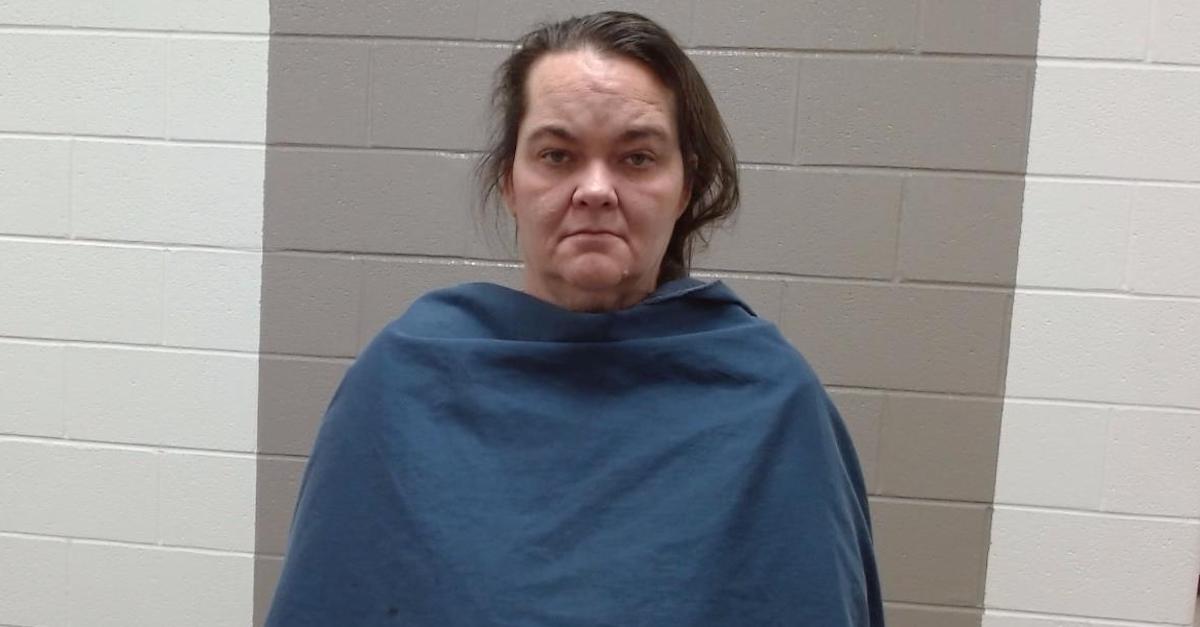 A woman in Texas was arrested this week after police say she forced her daughter to live for several weeks in an apartment with the decomposing body of the girl’s father. Susan Que Smith was taken into custody on Tuesday and charged with one count each of intentional or reckless child endangerment and tampering with physical evidence/failure to report human remains, Wichita Falls NBC affiliate KFDX-TV reported.

According to an affidavit obtained by the station, officers with the Electra Police Department on Dec. 1 responded to the Electra Village Apartments located on South Prairie Circle after an animal control officer reported disturbing stench coming from one of the apartments. The animal control officer, who had been responding to a report about a dog barking incessantly at the complex, reportedly noted that an open window at the malodorous unit was swarming with flies.

Upon arriving at the residence, first responders reportedly knocked but did not get a response. Also noting the foul stench, officers entered the apartment and reportedly found the “decomposing body of a male” in the hallway. The body was covered with several blankets and trash bags, the affidavit reportedly said.

Police were still in the apartment when Smith came home with her 11-year-old daughter. She reportedly began asking why the officers were in her home.

When questioned about the dead body in the apartment, Smith allegedly identified the man as Michael West, who was the father of her daughter, KIRO-TV reported. She allegedly told the officers that the man had been dead approximately three or four weeks and that she decided not to report the death out of fear that she and her daughter would be evicted.

West’s possible cause of death was reportedly not included in the police affidavit.

In addition to the corpse of the girl’s father decomposing in the apartment for nearly a month, police wrote that the apartment was otherwise “unlivable,” Wichita Falls CBS affiliate KAUZ reported. Per that report, buckets filled with human waste were littered throughout the residence as well. Smith reportedly told police that she and her daughter had been using the buckets in place of toilets because there was no running water in the home. Officers also reportedly noted that there was rotting food and garbage all over the place.

Due to the myriad problematic living conditions, the apartment was deemed an immediate health risk to Smith’s daughter. She was taken to a local hospital for a medical evaluation and was reportedly treated multiple infected sores and bug bites. She was then placed her in the custody of Child Protective Services (CPS), KFDX reported.

Those records show that Smith had previous run-ins with the law. She was arrested in 2002 on theft charges and in 2019 for allegedly driving without a license.