‘Hope It Don’t Get to the Feds Man’: Rapper Accused of Leaving ‘Machinegun’ in Rideshare Detained Pending Trial After Feds Quote His Lyrics 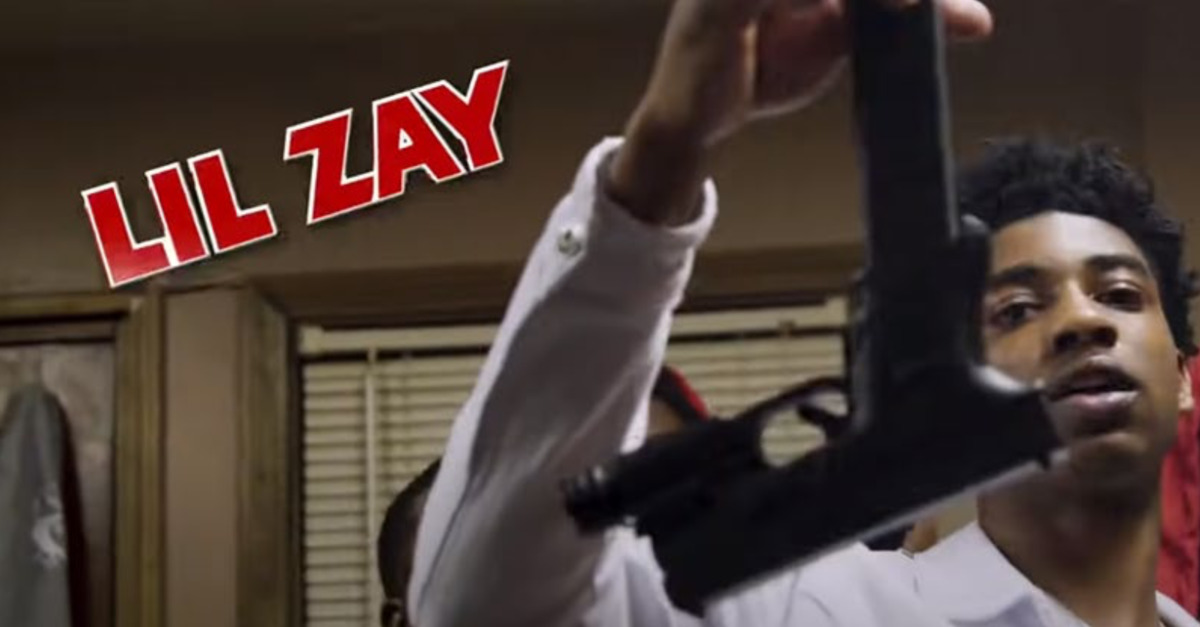 A New York City rapper has been detained pending trial on federal charges that he left a “machinegun” in his rideshare, whose driver allegedly reported it to the police.

Isaiah Dukes, known professionally as “Lil Zay Osama,” stands accused of being a convicted felon in possession of a pistol and possessing a pistol that had been transformed into a machinegun.

On Sept. 29, 2022, a rideshare driver picked up Dukes “and several associates” somewhere in the Big Apple, according to his criminal complaint.

“The [rideshare driver] observed that Dukes was holding a firearm, later identified as a loaded Glock model 22 .40 caliber pistol bearing serial number BTSD713, with a switch device affixed,” the brief complaint says. “After dropping off Dukes and his associates in Queens, New York, the [rideshare driver] observed that Dukes had left the [f]irearm in the vehicle and notified law enforcement.” A detention memo notes that Dukes was dropped off at “a recording studio.”

The NYPD responded and retrieved the weapon. The rideshare driver then allegedly identified the defendant “as the individual who had been carrying” the gun in question and he was subsequently arrested, prosecutors say.

That same day, federal authorities claim, “law enforcement officers examined and field-tested” the alleged machinegun. The results of their quick testing allegedly showed that the firearm could “automatically fire more than one round with a single function of the trigger and, therefore, was a machinegun” as defined under federal law. That finding is key, because it is generally illegal under federal law “for any person to transfer or possess a machinegun.”

The detention memo elaborates and alleges that the pistol had been altered with “a switch device,” or “auto sear,” which a footnote describes as “a small device that when affixed to the back of a handgun converts the firearm into a fully automatic weapon.”

The government goes on to allege that Dukes’ prior criminal history, specifically related to unlawful firearm possession, and rap lyrics show that he “has reveled in possession of firearms and made clear that he is well aware of the significance of a switch device.”

The memo contains an excerpt from one such song:

“Various music videos posted to YouTube show the defendant in possession of what appear to be different firearms,” the memo states, embedding screenshots that purport to show Dukes holding guns.

The inclusion of the defendant’s rap lyrics in the court filing is controversial and comes one day before such references were severely limited as evidence in California by way of the Decriminalizing Artistic Expression Act, signed into law by Gov. Gavin Newsom (D). Though that legislation pertains to Golden State cases, U.S. Congress members in New York and Georgia have proposed a similar federal ban called the Restoring Artistic Protection Act, also known as the RAP Act.

Read the detention memo, below: