‘He’s Trying to Kill Her’: Elderly Man Allegedly Stabbed Wife to Death, Then Died by Suicide 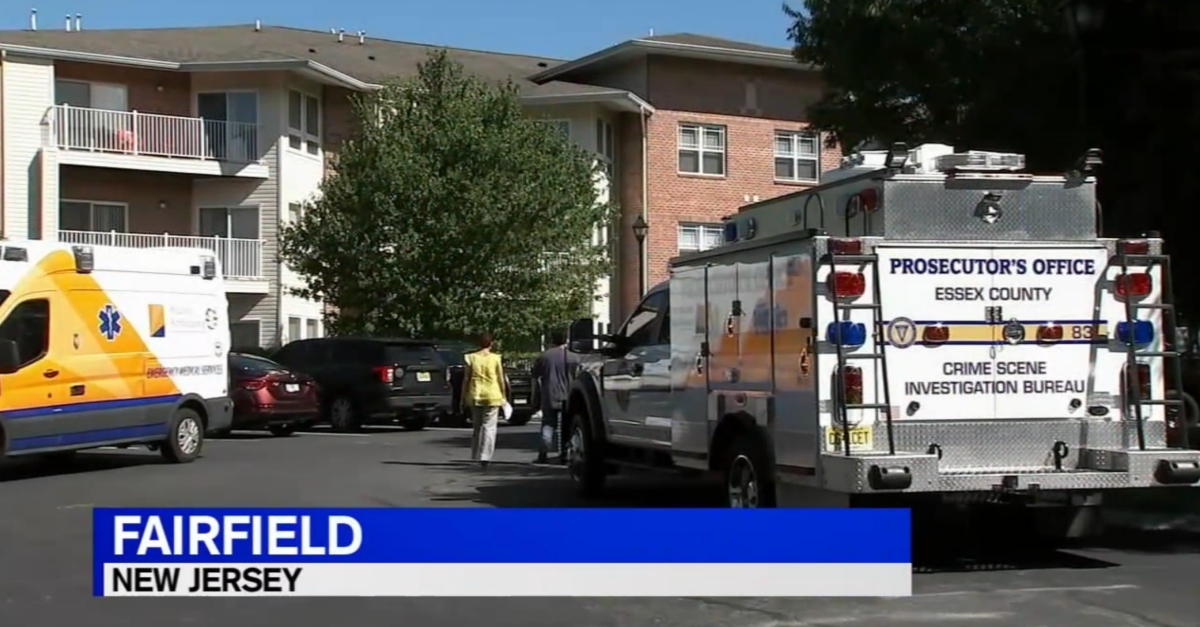 A man allegedly stabbed his wife to death and then killed himself, authorities reportedly say. The late suspect was identified as Frank Forte, 84, according to North Jersey. His wife was Catherine Forte, 83.

The couple was found dead in their apartment on Greenbrook Road in Fairfield, New Jersey. This is at the Woodcrest at Fairfield, a living complex for people age 55 and up.

The couple had recently moved there to be closer to their daughters, according to WABC.

A live-in aide reportedly heard a noise in the kitchen. She saw the husband yelling, and she went into the wife’s room.

“He’s trying to kill her,” the aide screamed, banging on the door, according to the outlet.

“I’m still in shock a state of shock,” she told the outlet. “His wife had asked [the aide] to call the police, and I guess it was just such a shock and it happened so fast.”

A source for North Jersey said that Frank had stabbed Catherine in the breast and stomach. Then he stabbed himself. Those wounds were to his stomach, according to WABC.

“I don’t know,” Deniscia said. “I’ve heard her husband wasn’t really himself lately, but from other neighbors, but I didn’t see that when I saw him. He was very nice.”

The motive behind the incident is apparently unknown. Frank reportedly lived with dementia, but it is unclear if this played into the attack.

“I believe they spend a lot of time with their daughters,” Deniscia said. “Their daughters pick them up quite a bit and help them with shopping.”