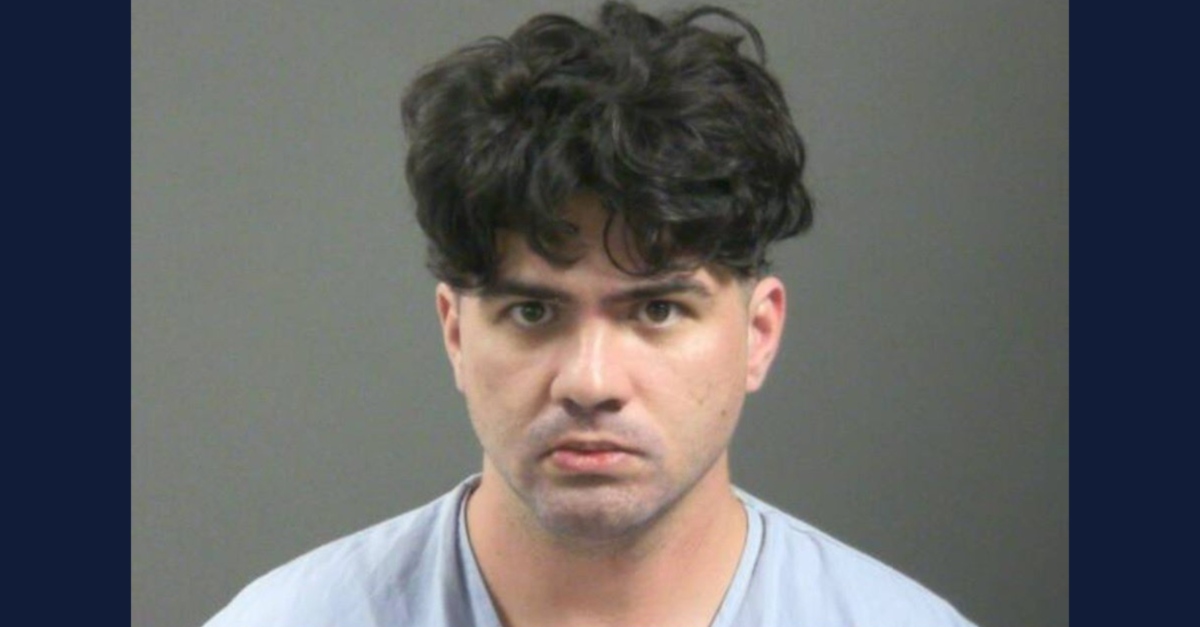 Police are looking for a presumed murder victim’s body. 28-year-old Allison Maria Castro’s ex-boyfriend Kacey Jennings, 29, killed her and disposed of her remains, according to cops down in Fayetteville, Arkansas.

CAPITAL MURDER AND ABUSE OF A CORPSE ARREST: pic.twitter.com/3Vkf7OkZNA

Officers said they responded to a home back on Sept. 19, where they found the suspect experiencing an apparent drug overdose.

“Several documents were discovered at the scene indicating that Jennings possibly killed Ms. Castro, and he disposed of her body,” cops said. “After speaking with Ms. Castro’s family, it was learned that Jennings and Ms. Castro were previously in a relationship, and they lived together. Ms. Castro’s family was unable to contact her, and they were concerned for her safety. Ms. Castro was entered as a missing person by the Fayetteville Police Department, and an investigation was initiated.”

Jennings was arrested on Monday.

“As the investigation unfolded, additional information was discovered that led to an arrest warrant for Jennings for Capital Murder and Abuse of a Corpse,” police said. “Jennings was arrested on September 26, 2022, after his release from a local medical facility.”

The investigation is ongoing. Local police are working with other law enforcement agencies to find Castro’s body. They ask that anyone with information call the Fayetteville Police Department at (479) 587-3555.

“If I would have stayed with him longer, that could have been me,” Jennings’ ex-girlfriend Marilyn Merino said, according to KNWA.

She said she found out about the arrest when she saw his mugshot on her Facebook feed.

“My heart dropped, my stomach dropped,” she said. “It was a horrible feeling.”

They met through work and dated on-and-off for four years. The two split for the last time last year, she said.

She said her family was not surprised at the new development.

“They would always sense something in him,” she said. “He always seemed angry all the time. Or like, he just had a face of not being welcoming and not friendly.”

“How could you take a family’s daughter away?” she said, tearfully. “I’m just so hurt and disgusted by what you did. You can’t take that back and I hope you have to deal with the consequences for the rest of your life.”

‼BREAKING: Fayetteville police have arrested this man ⤵ Kacey Jennings, 29, in connection with the murder and disappearance of Allison Maria Castro, 28.

He’s facing Capital Murder and Abuse of a Corpse charges.

BREAKING: The Benton County Sheriff’s Office is assisting in a search of Beaver Lake. Fayetteville Police have reason to believe evidence leading to the location of Allison Castro’s body could be found in the area. #arknews #NWANews pic.twitter.com/i5tOGuvApn

“The Fayetteville Police Department is handling it,” Castro’s mother Michelle Tomas said about the case, according to KFSM. “I have every confidence that they will bring this into fruition and bring my daughter home.”

A GoFundMe campaign to pay for Allison’s funeral, including moving her body from Arkansas, raised $6,525 of a $5,000.