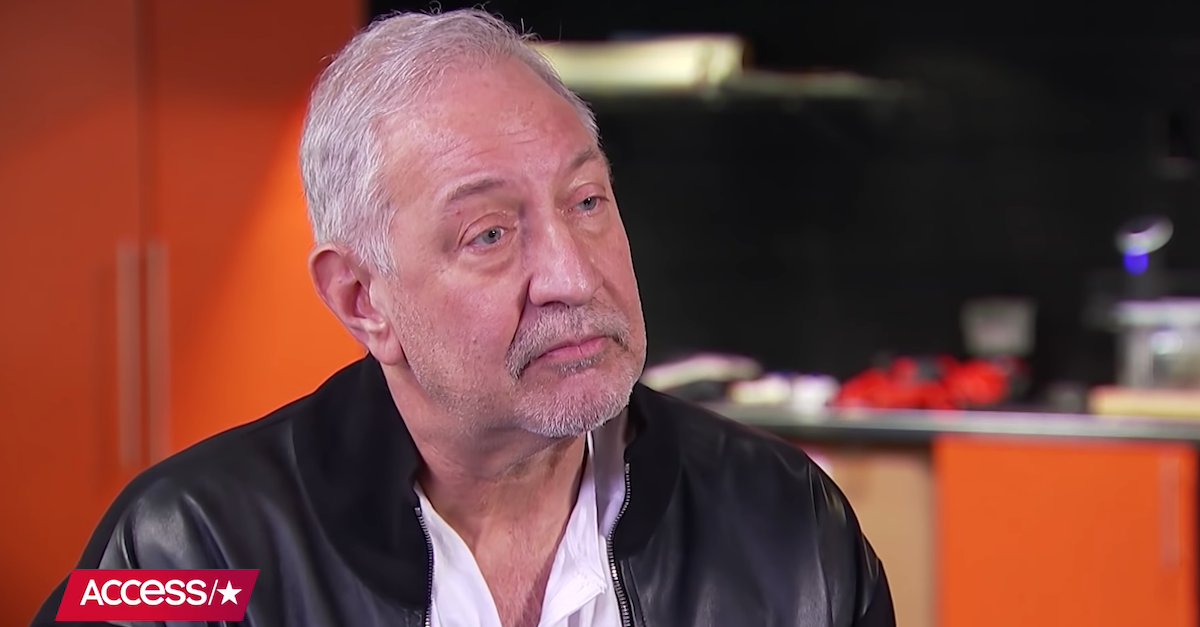 The California State Bar is investigating celebrity lawyer Mark Geragos in a longstanding controversy over how he handled $37.5 million in settlements in decades-old lawsuits over the Armenian genocide.

The announcement Tuesday from the state’s regulatory authority for lawyers said Geragos’ co-counsel Brian S. Kabateck also is a focus of the disciplinary investigation, and it thanked the Los Angeles Times “for its excellent reporting” on how the settlement money has allegedly been mismanaged.

It also bluntly stated that confidence in the bar’s ability to protect the public “has unfortunately been shaken by the Girardi matter and what it represents,” referring to disgraced lawyer Tom Girardi, who was disbarred amid widespread allegations of swindling clients out of millions of dollars as his now-estranged wife, Erika Jayne, flaunted their wealth on the reality show Real Housewives of Beverly Hills.

Girardi’s massive fraud publicly unraveled through the embezzlement of settlement money for families of the 189 people who died in the Lion Air Crash in Indonesia in 2018; the trustee for his bankrupt law firm says its debts approach $500 million. The Times has since reported on the huge influence Girardi yielded within the state bar that shielded him despite years of misconduct accusations.

But Geragos told Law&Crime he’s wrongfully being associated with Girardi and that he and Kabateck did nothing wrong with the settlements. He questioned why state bar officials mentioned Girardi in the press release and why they were announcing an investigation at all when they usually refuse to comment on ongoing investigations.

“It’s clear that it’s a political stunt to deflect attention because they apparently screwed up on Tom Girardi, so somehow they’re going to dig up a 20-year-old case” Geragos said, calling the matter “beyond infuriating.”

“I don’t know who’s running the state bar, but it’s obvious to me that they don’t have a clue,” Geragos said.

Los Angeles has one of the largest Armenian populations outside Armenia. Both Geragos and Kabateck are Armenian-American, and they and another Armenian-American lawyer who’s since died filed lawsuits seeking to collect life insurance policies for victims of the genocide that killed an estimated 1 million Armenians between 1915 and 1920. There were two class-action settlements around 2004 totaling $37.5 million, but The Times published an investigation on March 23 detailing how the distribution of the settlements allegedly “devolved into a corrupted processed marked by diverted funds and misconduct that even the lawyers involved characterized as fraud.”

U.S. District Judge Christina Snyder in Los Angeles is currently overseeing a case concerning the settlements, with The Times reporting that she’s considered involving law enforcement but explained at one hearing, “I don’t take lightly the matter of making referrals to prosecutors.”

Kabateck said he and Geragos have “fully cooperated with multiple prior investigations and inquires conducts by the State Bar and others (all of whom found no wrongdoing).”

“The undisputed facts are and will always be that an independent third-party appointed, approved, and overseen by the Court (like in any class action) distributed the settlement funds to the class members,” according to an emailed statement. “Neither Mr. Kabateck nor Mr. Geragos were involved in any decision relating to individual payments to victims, nor were they able to decide, review, or influence claims made by class members.”

Kabateck also said The Times has repeatedly ignored invitations to select an accountant or lawyer to analyze how the funds were distributed.

Geragos and Kabateck join California attorney Joe Dunn as targets of state bar investigations that have been announced in the wake of reports about the state bar’s inaction regarding Girardi. Dunn, the former president of the state bar, is accused of misusing state bar money during his tenure and misleading its Board of Trustees. His situation has long drawn attention in California legal circles. Meanwhile, Kabateck is well known in Los Angeles legal circles and regularly attaches himself the types of major class action cases that Girardi handled before his downfall.

But it’s Geragos who is most nationally prominent and mainstream, working as a defense attorney for convicted murderer Scott Peterson, high-profile criminals such as fraudster Lev Dermen and cultist Claire Bronfman as well stars Michael Jackson, Winona Ryder and Chris Brown.  He also worked with disgraced lawyer Michael Avenatti, representing youth basketball coach Gary Franklin with Avenatti in the negotiations that led to Avenatti been convicted of three extortion-related felonies. Geragos was never charged, but Franklin currently is suing him in Los Angeles County Superior Court.

Geragos’ ties to Avenatti also include giving him $250,000 in September 2018 as Stormy Daniels, Avenatti’s client in his lawsuit against now-former President Donald Trump, was complaining to Avenatti about not receiving payments for her Full Disclosure book deal.

Though Geragos did not testify at trial, California attorney Sean Macias testified that he secured a loan from Geragos for Avenatti after Avenatti told him he couldn’t make payroll or pay his law firm’s rent. Stormy received her missing $148,750 payment shortly after Avenatti got the money from Geragos, but she to this day has not received her third and final payment that Avenatti received on her behalf.

Coincidentally, Macias testified that Avenatti first told him of his desperation for money in Las Vegas during a party Girardi hosted during a big annual conference for mass torts lawyers.

“I don’t know why other than my last name has seven letters and starts with a ‘G’,” Geragos said. “I’ve probably met Tom five times in my life. He’s not in my circle.”

The state bar’s investigation announcement alluded to the status of Geragos and Kabateck, saying that “the status of attorneys, or the size of their practice, cannot and will not impact our decision to investigate misconduct.”

“I want to stress that in and of itself this announcement is not an indication of any misconduct by the attorneys being investigated,” said Ruben Duran, chair of the bar’s Board of Trustees.