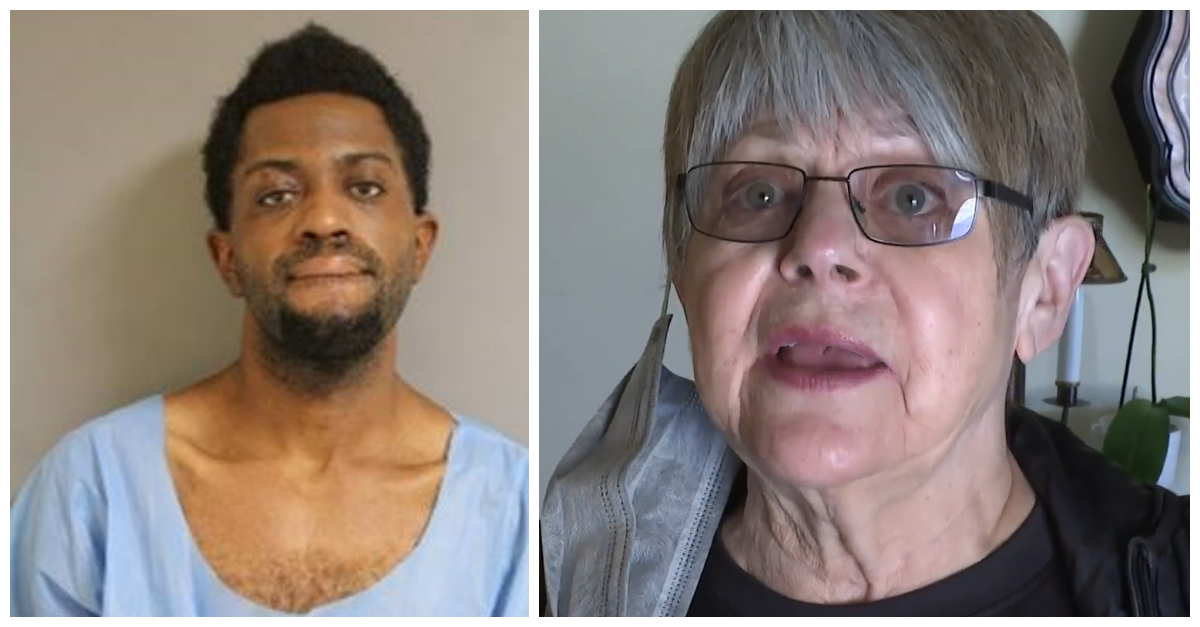 A wily wordsmith held hostage in the basement of her Chicago home over the weekend was able to escape the clutches of her armed and naked captor thanks to an unlikely savior: Wordle, police say.

Denyse Holt, 80, told officers from the Lincolnwood Police Department that she fell asleep alone on Saturday evening but awoke in the middle of the night to find a naked and bloody man standing in her bedroom. She says her immediate instinct was to remain calm, but at the same time, she recalled thinking to herself that she was about to be murdered in her bedroom.

Right off the bat, Holt says, she told the alleged intruder that she would not scream and she would not try to fight. He allegedly then informed her that he was cold and needed all her blankets, which she immediately offered up to the naked and bleeding man. After laying in bed under the blankets for some time, the intruder decided he needed a bath and forced Holt to join him in the tub, police say.

According to Holt, it was after the bath that this already terrifying situation began to look hopeless.

After exiting the tub and while still wearing her soaking wet nightgown, she says, the alleged intruder suddenly grabbed Holt by the arm and began dragging her around the house. He then allegedly disconnected each of Holt’s landlines, leaving pools of blood everywhere he went from his cuts. The alleged intruder’s gashes were from the shards of glass that he failed to clear away after smashing a window and crawling through to gain entry to the home.

In an interview with CBS 2, Holt said she next headed to the basement, but not before the intruder made a quick pit stop. “He took two knives from my kitchen. He told me he liked those,” said Holt.

Once in the basement, the intruder barricaded Holt in her tiny powder room.

“I didn’t think I was going to live,” said Holt.

There was no window, no light, no clock—and there was no way to contact someone who might be able to get her out, she says. She says she was cold and still in her wet nightgown, hungry, and without medication. She did not even have toilet paper. Her captor, meanwhile, was turning her home into his home after locking up his elderly victim.

Holt then decided she would not give up, refusing to let her children hear about their mother’s murder. She thought about trying to escape at one point but decided the risk was too high. Plus, by two nights, someone was bound to come to check on the house.

“I was doing marching and stretching as much as I could,” recalled Holt.

Unbeknownst to her at that time was the fact that a rescue effort was already taking shape some 2,000 miles away in both California and Portland, Oregon. That is where Holt’s two daughters live, and both had grown concerned when their mother did not respond to their texts that day. However, even more troubling than that was the fact that she had not shared her Wordle score.

With text messages not going through and her Wordle left incomplete, Holt’s daughters called the police to request a welfare check.

Officers arrived on the scene a little after 9 pm on Sunday, where they immediately noticed a broken window with dried blood. They then searched the home, starting with the basement, where they quickly located Holt and got her to safety.

Officers were then able to locate her alleged captor, later identified in police documents as Davis, on the home’s second floor.

Deputy Chief Travis Raypole tells Law & Crime that Davis was armed with several knives when found in one of the home’s bedrooms. Attempts at getting Davis to surrender proved fruitless, forcing officers to deploy a Taser to subdue the man. That too was unsuccessful.

At that point, the officers on the scene said that they opted to call in the SWAT team rather than engage with Davis, who barricaded himself in the room with the knives he collected from around the house. Soon after arriving on the team, SWAT apprehended the subject “utilizing less than lethal options,” putting an end to the five-hour stand-off.

Detectives did note in their report that Davis, who was later treated, was likely experiencing a mental health crisis when he decided to strip naked, break into Holt’s home, and terrorize the woman over the weekend.