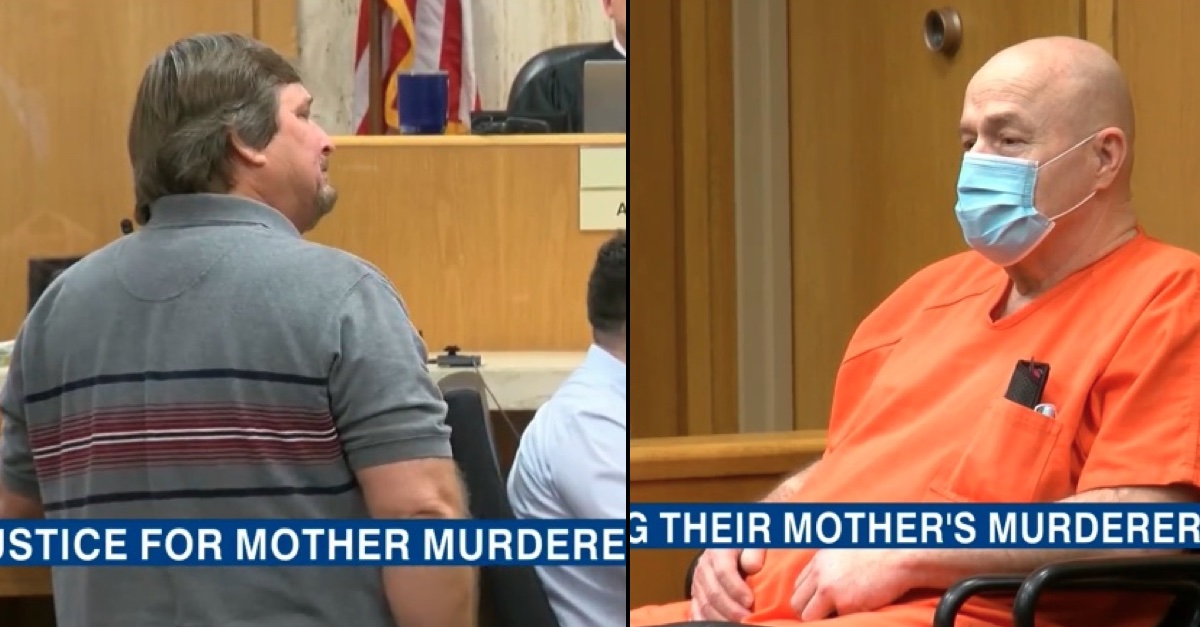 The family of a woman murdered in 1981 confronted her killer in court, demanding that he explain to them why he did what he did, but they did not get any answers before a judge sentenced the defendant to life in prison.

Mills was in court to plead guilty to the 1981 sexual assault and murder of Linda Slaten, 31, Jeff’s mother and Butler’s sister.

She was found strangled to death with a wire coat hanger, WFLA had previously reported.

“Why Joe? Why’d you take my mama?” Slaten demanded, according to WFLA, his voice emotional as he asked variations of the same question. “I don’t know why you can’t tell me why. Why you have to murder my mama?”

Butler was supposed to have coffee with her sister that day, according to WFLA. Instead, when Butler arrived at Linda’s apartment, she found her sister’s body.

“As I screamed, my eyes scanned the scene,” Butler said.

Linda’s sons Jeff and Tim Slaten were home at the time she was killed, WFLA reported. They were 12 and 15 years old, respectively.

Mills, who was Tim’s football coach, was questioned at the time of Slaten’s death, according to WFLA. The day before Slaten’s body was found, Mills had picked Tim up at his home, drove him to practice and took him home, WFLA said, citing Mills’ arrest affidavit.

Mills told detectives at the time that he only met the victim once and did not return to the apartment after dropping Tim off that night, the WFLA story said. Slaten said that Mills was the “last person on his radar,” and said that Mills continued to drive him places after his mother’s murder.

The case remained unsolved until a breakthrough in 2019, when updated genetic tracing technology provided a link to Mills from DNA taken from Linda’s rape kit, according to WFLA.

While Mills didn’t respond to Linda’s family members, he did speak to Judge Kevin Abdoney before receiving his sentence.

“I am a good person,” Mills said, according to WFLA. “I’m not that person that they’re painting me out to be.”

Abdoney then sentenced Mills to live in prison without the possibility of parole, WFLA reported.