Sheriff Identifies Two Women Who Were Shot and Killed Outside of Iowa Church, Says They Were Going to Bible Study 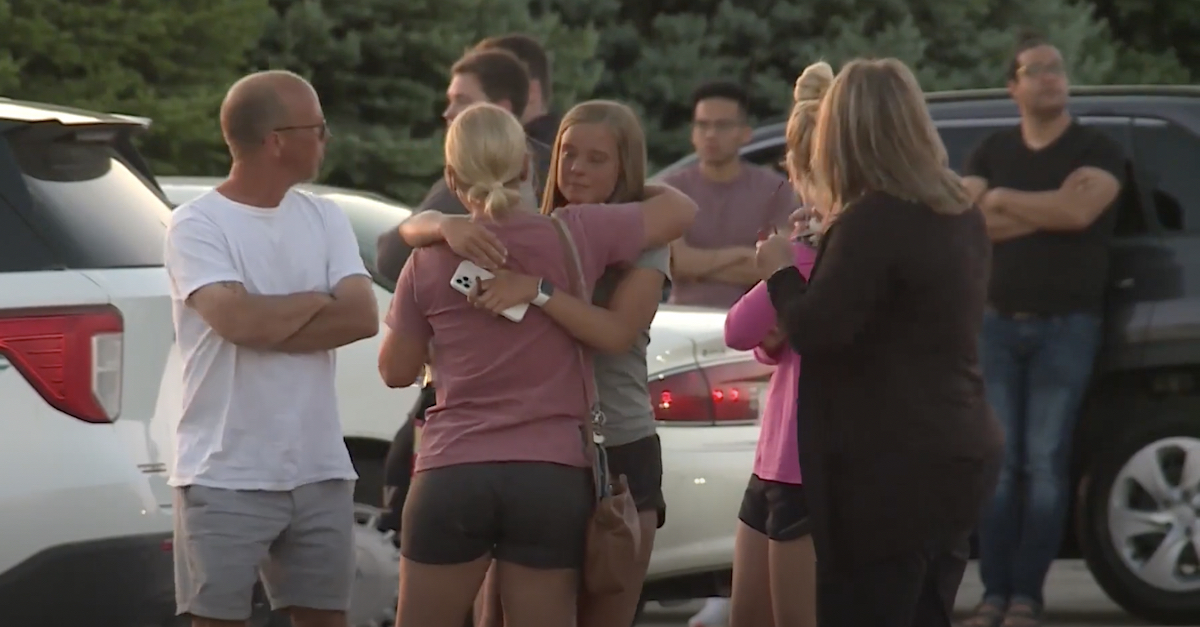 A gunman in Iowa shot and killed two women outside of a church.

The sheriff said that authorities received a call on Thursday evening about an “active shooter” outside of a church, where a Bible study group for Iowa State University students and high school students was taking place. Some 80 students were said to be in the auditorium. The sheriff identified the shooter as Johnathan Whitlatch, 33, of Boone, Iowa, and said he was armed with a Smith & Wesson 9mm pistol. A Boone man with the same name was accused as recently as November of forcefully touching a woman down her pants. Just days before the shooting, Whitlatch was arrested for harassment, the sheriff said.

The suspect pulled up in his pickup truck and opened fire, targeting a woman who had broken up with him, the sheriff said. The woman was identified as 22-year-old Eden Montang. The sheriff confirmed that the harassment charge related to the shooter’s conduct towards Montang. Her friend, 21-year-old Vivian Flores, was also killed. Both women were students at Iowa State University, according to the sheriff.

A Iowa man shot and killed two young women during an event being held in the parking lot of the Cornerstone Church in Ames on Thursday night before turning the gun on himself, law enforcement authorities announced.

“We received several 911 calls at approximately 6:51 p.m. this evening indicating that there was a shooter outside of the Cornerstone Church and that shooter had fired at two individuals that were also outside,” Story County Sheriff’s Capt. Nicholas Lennie said Thursday night. “At this point in our investigation what I can confirm is that we have three deceased individuals – two of those individuals are female, one of those individuals is a male. We’ve identified that male as the shooter.”

Capt. Lennie said investigators were still gathering information of the circumstances surrounding the shooting. He could not relay whether the shooter specifically targeted the two victims or if the shooting was random. The names of the suspect and the victims have not yet been released.

“We also had other individuals inside of the church attending a program,” the sheriff’s spokesperson continued. “None of the other individuals were injured at this time and they are being interviewed as part of our normal process in the investigation.”

Capt. Lennie later confirmed that the male shooter is believed to have died from a self-inflicted gunshot wound, according to the Des Moines Register.

Thursday was the start of a regular weekly event at the Cornerstone Church, a megachurch located approximately 30 miles north of Des Moines, hosted by The Salt Company Youth Ministry called “Summer Salt,” according to the group’s Facebook page.

Mark Vance, the lead pastor of the Cornerstone Church, also confirmed that an adult male shot and killed two young women—both of whom were members of the church—before the shooter took his own life. Due to the ongoing nature of the investigation, Vance said he could not divulge any more information.

“We can say, however, that we are more than saddened by the events that transpired. Our hearts break for all involved, and we are praying for everyone affected, especially the family of the victims,” Vance said in a statement. “Our Ministry staff are available to support all those impacted, and we will continue to fully cooperate with authorities as they complete their full investigation.”

Iowa Gov. Kim Reynolds (R) referred to the shooting as an “act of senseless violence.”

“Tonight’s act of senseless violence took the lives of two innocent victims at their place of worship. Kevin and I grieve for the families who have suffered an unfathomable loss,” Reynolds wrote in a statement posted to Twitter. “And while the investigation continues and we learn more, we ask that Iowans pray for the victims and their families, the members of Cornerstone Church, and the entire Ames community.”

And while the investigation continues and we learn more, we ask that Iowans pray for the victims and their families, the members of Cornerstone Church, and the entire Ames community.

[image via WHO13 screengrab]