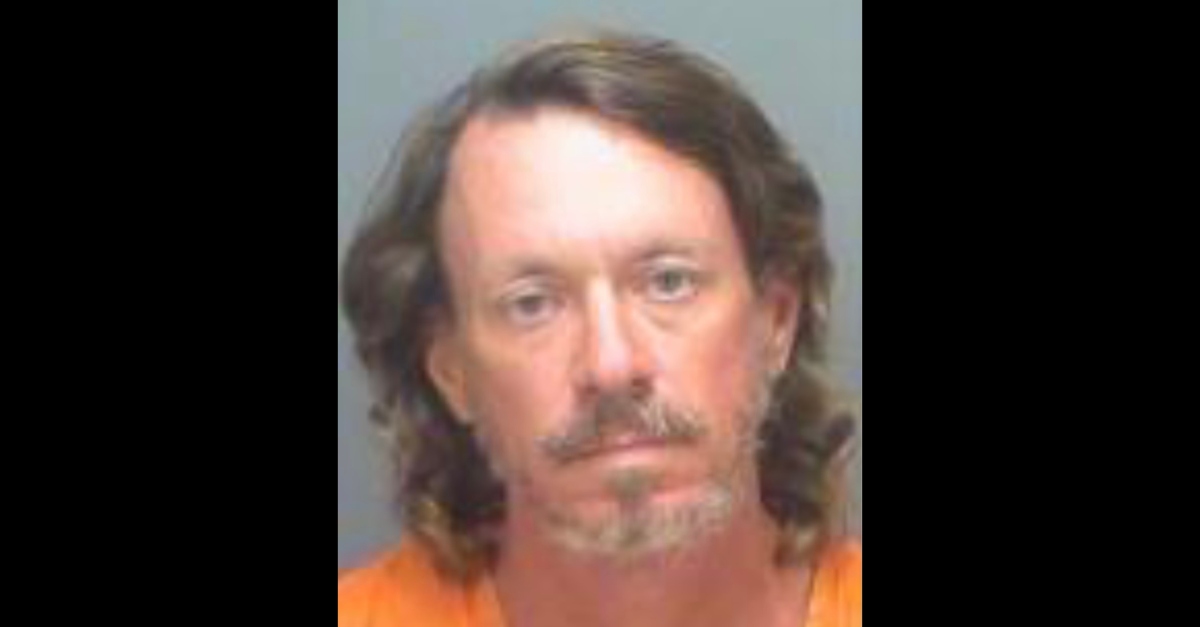 He called the Florida Abuse Hotline with claims against Pinellas County Sheriff Robert Gualtieri, according to the criminal complaint obtained by Law&Crime. He allegedly detailed child abuse as well as use of illegal drugs. Kimberlin’s mother allegedly told a Pinellas County sheriff’s detective that her son texted her about making a child services complaint against Gualtieri.

“In case you get a call,” Kimberlin allegedly wrote. “The mother [of the child] requested it.”

But the child’s mother–Gualtieri’s wife–said that the abuse allegations were false, authorities said.

Kimberlin was arrested on an arrest warrant on Wednesday, the Pinellas County sheriff’s office said in a statement online.

“After his arrest, detectives stated Kimberlin acknowledged there was no factual basis for the allegations made against Sheriff Gualtieri,” said the office.

Kimberlin resigned from the agency in 2011, was hired for a while by the Largo Police Department, “but separated from employment,” deputies said. He had been arrested, and lives with “serious addiction and mental health issues,” deputies said. Kimberlin has made made threats and other false allegations at other people, according to the sheriff’s office.

He was first held at the Hillsborough County jail, then transferred to Pinellas County on charges of making a false report of child abuse, and driving under a suspended license. Kimberlin is represented by a public defender, who issued a written plea of not guilty and requested discovery, online records show.