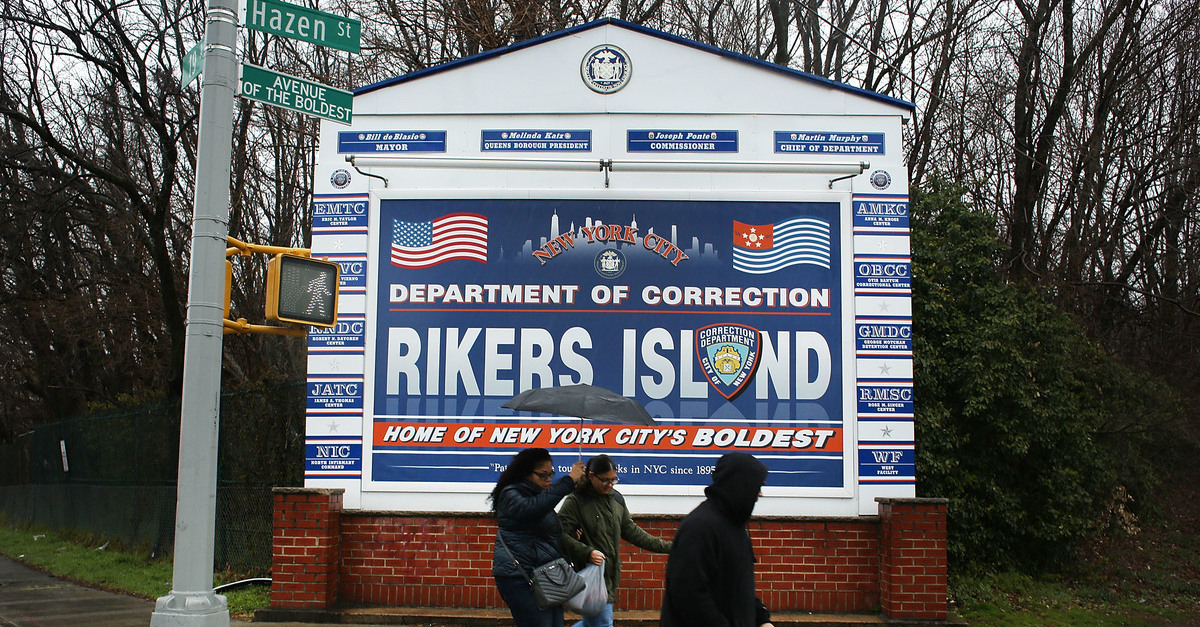 An inmate at New York City’s Rikers Island jail gouged his own eye out during a psychotic break and was then subdued by prison guards using pepper spray, The City reported Monday.

Rafael Ramos, 38, was awaiting medical treatment at the Anna M. Kross center, an all-male mental health center and Methadone Detoxification Unit when the incident occurred. According to the report, Ramos was being moved from the Manhattan Detention Complex to a Rikers unit called Hart’s Island medical clinical because he “kept covering his face and head with his pants and refused to follow basic instructions,” a source told The City.

Ramos was on parole when he was arrested on March 19th and charged with criminal mischief, menacing, harassment, and disorderly conduct outside a bodega in Brooklyn. He is also facing charges of attempted criminal sale of a controlled substance.

The incident is another example of the deleterious spillover effect resulting from the novel COVID-19 coronavirus, which has pushed New York City’s prison system to its breaking point. Staff blamed the virus for the lack of appropriate inmate care.

“The coronavirus is close to overwhelming the department,” Joe Russo, president of the Assistant Deputy Wardens / Deputy Wardens Association told The City. “They are clearly stretched real thin.”

As of Sunday morning there were 573 Department of Corrections staffers with confirmed COVID-19 cases and 319 confirmed cases among inmates, resulting from the slow response to the virus.

Russo called the Ramos case another example of how the department is struggling to look after inmates during the COVID-19 outbreak, noting that nearly 2,500 officers had called out sick in the last week.

“This is a big test for the Department of Correction and we are not doing well with it,” he said, noting officers weren’t initially given protective masks.