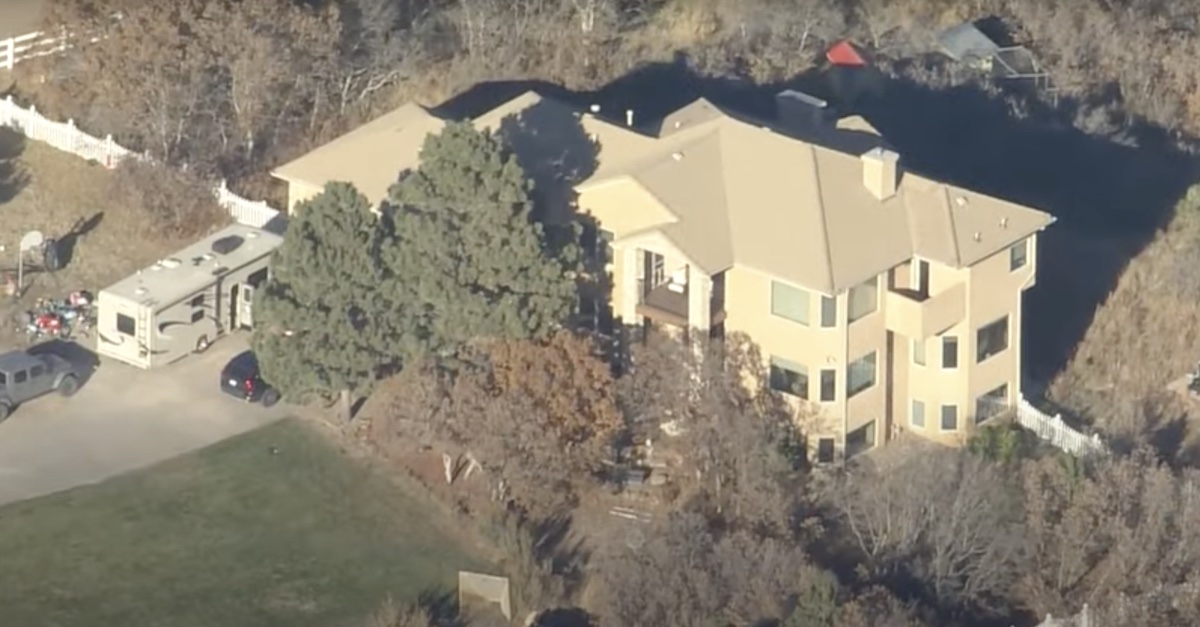 Authorities in Colorado on Monday identified the suspect who allegedly killed his wife and two of their children before taking his own life in an apparent triple murder-suicide as 55-year-old Christof M. Kreb. The victims were identified as Yvette M. Siegert-Kreb, 50, Felicity Kreb, 13, and Barrett Kreb, 9, the El Paso County Sheriff’s Office said.

According to Colorado Springs radio station KRDO, Kreb was a military veteran who retired on disability and opened up a Specialty Sports and Supply, a local gun store in Colorado Springs. He was also reportedly a competitive shooter and president of the Morgan’s Shooting Club.

“We’re struggling to understand the situation, but we are working hard to move forward, especially for the three youngest siblings,” Morgan Kreb, one of Christof and Yvette’s daughters told the station. “None of us could have imagined this would have occurred or predicted this.”

Morgan, one of eight children in the family, is a freshman at the U.S. Air Force Academy and star member of their air rifle team. She won a bronze medal at the 2020 Olympic Air Rifle Trials, per The Daily Beast.

Five of the Krebs children were adopted from China. An article in Sports Women of Colorado described Megan Kreb as being “very proud to be a big sister to six younger siblings with special needs.” According to a report from the Colorado Springs Gazette, five of the Kreb children lived with dwarfism, one was legally blind, and another had both legs amputated.

A long-time family friend of the Kreb family told KRDO that both parents were kind and loving, but said that the recent pandemic had been very challenging for them.

“Definitely the COVID isolation wore on this family as it did so many other families,” Wendy Hammack-Smith told the station. Another friend said the Kreb family adopted several children after their youngest biological son was born with dwarfism, according to reports:

Alexa Gromko, a family friend since 2010, told The Gazette that Felicity and Barrett were among six children that the couple had adopted from China, most of them dwarfs, after their youngest biological son was born with dwarfism.

Felicity had learning and social problems because of dwarfism and Barrett, one of the newest adopted children, had recently underwent surgery, Gromko said.

“She wanted her son to feel like he had people like him in his life, so they specifically adopted children with dwarfism,” Gromko said of Siegert-Kreb. “I was so in awe of her devotion and dedication.”

Siegert-Kreb, like her husband, was an U.S. Army veteran. She was also a retired nurse, The Denver Post reported. Siegert-Kreb was described by a family representative as a “tireless advocate for mistreated and neglected children.”

As previously reported by Law&Crime, deputies with the El Paso County Sheriff’s Office (EPCSO) responded to a call at approximately 10:08 a.m. on Saturday at the Kreb family’s home in the 1300 block of Pleier Drive concerning a report about a person being seriously injured and in need of immediate assistance. KRDO further reported that the call came from one of the family’s young sons.

Upon arriving at the residence, first-responders entered the home where they discovered two children and two adults dead. Deputies contacted the office’s Major Crimes Unit to process the scene. Additionally, “based on other evidence and observations,” the EPCSO Tactical Support Unit was dispatched to the home and a “reverse 911” was issued to other residents in the surrounding area.

“An Everbridge, otherwise known as a ‘reverse 911,’ was sent to the community encouraging residents within a 2-mile radius of the scene to shelter in place, lock their doors and windows, and stay away from exterior walls,” the sheriff’s office said. “Based on what was discovered at the scene, without having all details available at the time and out of an abundance of caution the Everbridge was sent out while law enforcement continued to evaluate the evidence they were finding.”

The “Everbridge” was rescinded a short while later after deputies determined that there was no threat to the community.

Authorities said the cause and manner of the deaths will not be released until the El Paso County Coroner’s Office makes an official determination.

Tristan Kreb, the couple’s 22-year-old son told The Daily Beast that his family had hired a communications firm that would be releasing a statement on the tragedy.