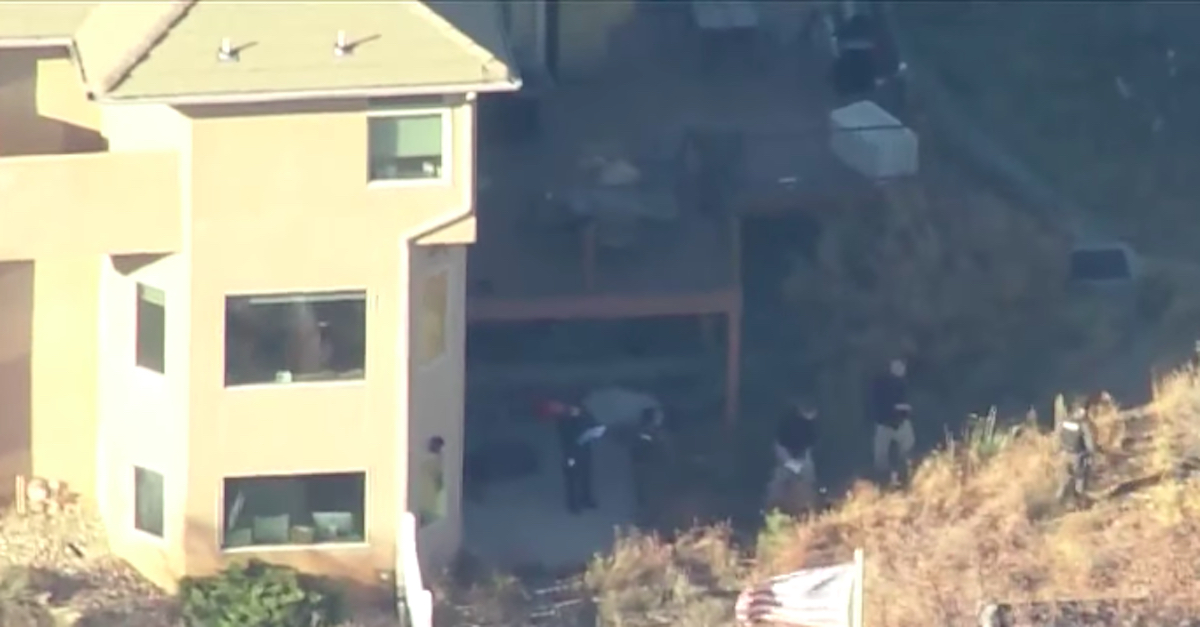 Authorities in Colorado sent out a “reverse 911” after four people were found dead in a suburban home in what is now believed to be a murder-suicide, the sheriff’s office said.

According to a press release, deputies with the El Paso County Sheriff’s Office (EPCSO) responded to a call at approximately 10:08 a.m. on Saturday at a home in the 1300 block of Pleier Drive concerning a report about a person being seriously injured and in need of immediate assistance.

Upon arriving at the residence, first-responders entered the home where they discovered two children and two adults dead. Deputies contacted the office’s Major Crimes Unit to process the scene. Additionally, “based on other evidence and observations,” the EPCSO Tactical Support Unit was dispatched to the home and a “reverse 911” was issued to other residents in the surrounding area.

“An Everbridge, otherwise known as a ‘reverse 911,’ was sent to the community encouraging residents within a 2-mile radius of the scene to shelter in place, lock their doors and windows, and stay away from exterior walls,” the sheriff’s office said. “Based on what was discovered at the scene, without having all details available at the time and out of an abundance of caution the Everbridge was sent out while law enforcement continued to evaluate the evidence they were finding.”

The “Everbridge” was rescinded a short while later after deputies determined that there was no threat to the community.

Police said they will not reveal the identities of the two children and two adults found at the scene until they are positively identified by the El Paso County Coroner’s Office and the next of kin have been notified of their deaths. The manner in which the four died has similarly not been released.

The sheriff’s office did not immediately respond to a message from Law&Crime seeking additional information about the case.

A neighbor told Denver-based CBS4 that they hope to authorities provide more information to the public soon.

The sheriff’s office said that its investigation into the incident is ongoing and asked that anyone with information concerning the case to contact investigators at 719-520-6666.