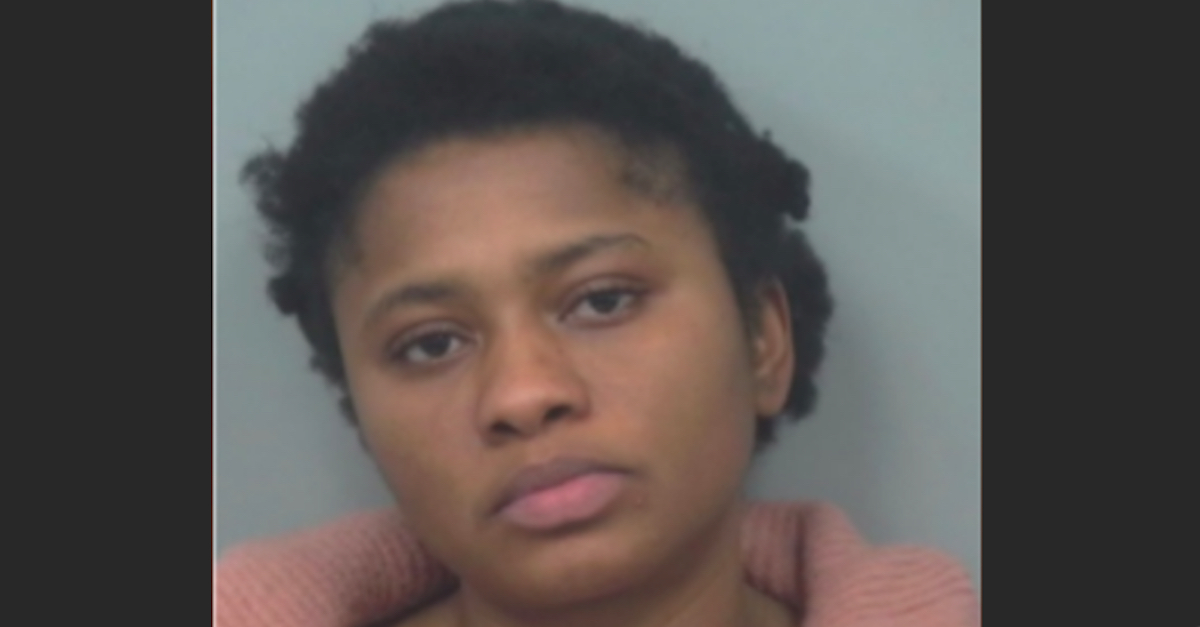 A 29-year-old mother in Georgia is facing murder charges for allegedly killing her 1-year-old son, whom she allegedly claimed was injured after being hit by a truck while playing outside on Christmas Eve. Oluwadamilola Imafiabor was taken into custody and charged with second-degree murder and second-degree cruelty to a child in the death of her baby, the Gwinnett Police Department announced Monday.

According to a press release from Gwinnett police spokesperson Sgt. J.R. Richter, GPD officers on Christmas morning responded to a 911 call concerning an unresponsive child at an apartment located on Seasons Parkway off Dawson Boulevard in Norcross, Georgia. Upon arriving at the scene, first responders reportedly found that Imafiabor’s son was not breathing. The child, whose name was not released by authorities, was pronounced dead at the scene, police said.

Officers who spoke with Imafiabor at the residence said the toddler “was run over by a truck on December 24, 2021, while playing outside,” per the press release.

She allegedly told investigators that after the boy was run over by the truck he “appeared to be fine” so she did not take him to the hospital or call 911. She allegedly said the child “died later during the night,” however, and she found him deceased on Christmas morning, which was when she called 911.

Following the toddler’s death, an autopsy was performed by the Gwinnett County Medical Examiner’s Office. While authorities have not publicly released the baby’s cause of death, the medical examiner reportedly said that the boy’s injuries “appear to be inconsistent with the story provided by Imafiabor,” per police.

Police said the charges against Imafiabor stem from her failure to seek medical attention for her son after he sustained the injuries that led to his death. Sgt. Richter reportedly told the Atlanta Journal-Constitution that Imafiabor is currently “not accused of malice intent.”

The department said the investigation into the death of Imafiabor’s son is still ongoing. Anyone with any information that may be relevant to the case is asked to contact GCPD detectives at 770-513-5300. Anonymous tips can also be submitted at 404-577-TIPS (8477). Tipsters who provide information that leads to an indictment may receive a cash reward of up to $2,000.