Young Girl Last Seen in 2019, But Someone Only Just Reported Her Missing: Police 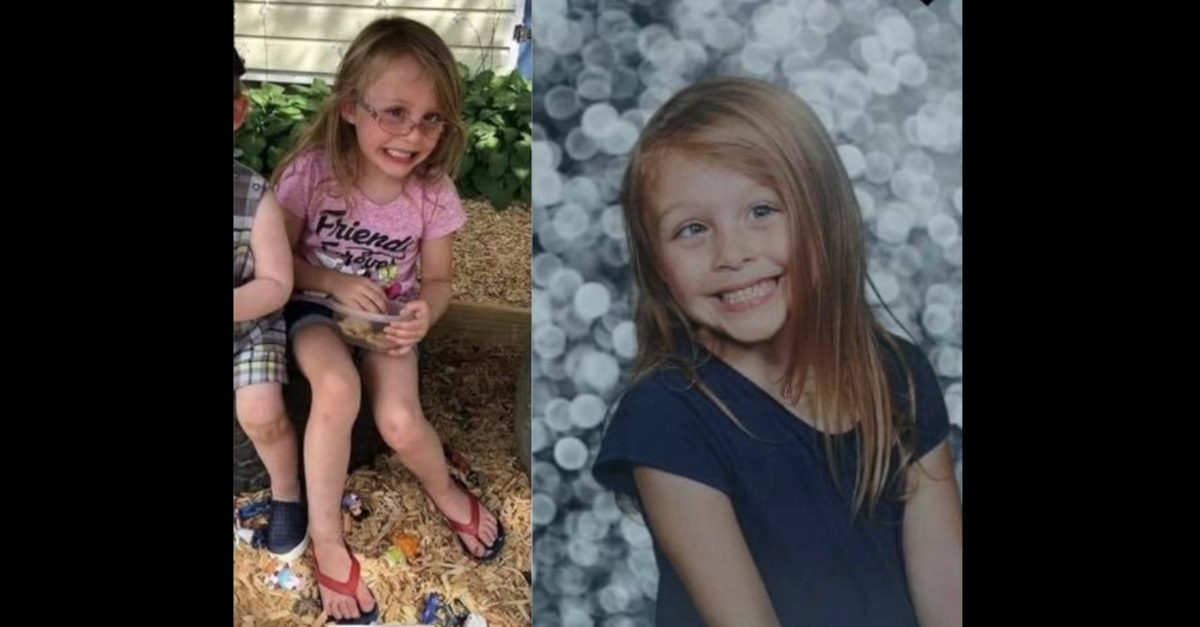 Harmony Montgomery was 5 when these pictures were taken, police say.

A young girl was last seen in late 2019, but someone only just reported her missing, according to police in Manchester, New Hampshire. Now cops are seeking the public’s help in finding Harmony Montgomery.

“The circumstances surrounding this prolonged absence are very concerning and are thoroughly being investigated as we speak,” Police Chief Allen Aldenberg said in a press conference Friday.

He said police received a report that week that Montgomery has not been seen since October 2019, back when officers performed a call for service at a local home. There was no reason for police to return to the home, he said. The child was 5 at the time. She is 7 now, Aldenberg said. She was apparently last enrolled in school down in Massachusetts, he said.

Officers have spoken to family members, he said. The chief voiced hope that this press conference would bring greater attention to the investigation, and he called on people to contact Manchester police if they had any information.

There was no AMBER Alert because police had no specific information on whom Montgomery may be with, or what vehicle she may be in, he said.

“We don’t have many answers to many questions that we have,” he said, saying it is unclear what happened to Montgomery in the last two years.

Aldenberg released few specific details on the disappearance. At the time, he declined to say which street, or even reveal whose home this was.

Neighbors said police searched the home on Sunday, according to WMUR. One neighbor, who asked not to be identified, told the outlet local officers arrived with trucks, and state police brought a dog to the back yard.

“I thought she was a nice, quiet little girl,” she said of Montgomery.

Another person who claimed to have witnessed the search up close told the outlet the police dog did not find anything. This individual did not believe that police found anything on digging up a corner of the yard.

Aldenberg said in an update Monday that the current homeowner has no involvement in the case and is being extremely cooperative. He asked for the privacy of her and anyone living at that residence.

Aldenberg declined to say on Friday if Montgomery had been with family, and he did not give a specific answer when asked if police knew the parents’ whereabouts.

“Again, we’ve spoken to family members, and we’ll continue to do so,” he said, repeating himself. “I know I keep coming back to that, and that’s a fair question.” He said they are talking to relatives that come to their attention, as well as seeking out others.

Aldenberg declined to comment when asked if police were aware of any custody issues.

Police describe Montgomery at having blonde hair and blue eyes. She is blind in the right eye, and should wear glasses, they said. She is estimated to be 4’0″, and weigh 50 pounds.

Aldenberg said in the update Monday that anyone with information can call the dedicated tip line at (603) 203-6060.

“Someone knows something,” he said. “Do what is right, and call in.”

There is a total $12,500 reward for information leading to Montgomery, he said. He said that police want tips, even if you only saw the child a year ago or two years ago, because that will help narrow down the search.