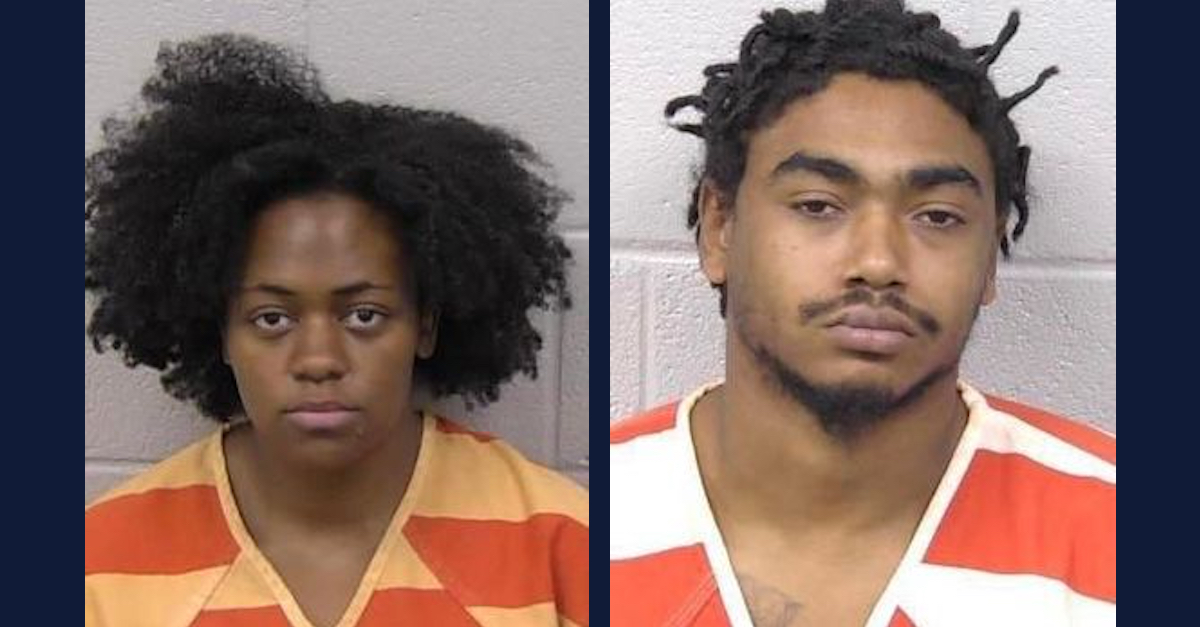 A mother and father in Georgia were arrested in connection with the death of their 4-week-old infant late last week.

Sydnei Moran Dunn, 24, and Marquis Simon Colvin, 25, both stand accused of one count of malice murder, one of the Peach State’s iterations of murder in the first degree, after authorities say their newborn baby died from extreme alcohol poisoning on April 14, 2022. A large number of additional charges have been filed against the couple as well.

According to a press release from the Paulding County Sheriff’s Office, an investigation began during the late afternoon hours the day before the child’s death. The Atlanta Journal-Constitution attributes the sheriff’s release to spokesperson Sergeant Ashley Henson.

The sheriff’s office says it was initially contacted by staff at Children’s Healthcare of Atlanta in reference to an unresponsive infant brought by its parents to the hospital on April 13, 2022. Dunn and Colvin allegedly relayed a story to staff about the child’s condition that “did not make sense and sounded as if they needed to be looked into by law enforcement.”

Detectives arrived and met with medical professionals to ascertain what they could about the child’s condition, the news release says.

At some point, law enforcement apparently determined or learned that the child was suffering from having consumed too much alcohol.

Then it was on to the parents.

Dunn allegedly told investigators that she drank a lot the day before she noticed something was wrong with her baby and that the child must have come down with second-hand alcohol poisoning from breastfeeding. That story eventually fell apart, the sheriff’s office says.

“She then indicated that the child’s father put alcohol in the baby’s bottle,” according to the release. “Once the child was unresponsive, she explained that is when they took the baby to the hospital.”

The sheriff’s release, however, does not contain any reference to Colvin’s side of the story. The release does, on the other hand, cite the male defendant’s interview as partial justification for his charges.

Later that same night, PCSO detectives executed a search warrant at the couple’s residence in Hiram. Ga. where investigators allegedly uncovered unspecified “evidence of the crime.” A firearm was also allegedly found in the couple’s basement apartment.  That allegation resulted in an additional charge for the father, who has a previous felony conviction and is barred from owning, or even being close to, a gun.

The child died the next day. Medical staff later told law enforcement that the infant had a massive quantity of alcohol in its system at the time of death — four times the legal limit for an adult in Georgia.

The sheriff’s office says additional charges are “possibly pending.” The defendants are currently being detained in the Paulding County Jail without bond. The jail’s online record system was offline as of this writing. It is unknown if the couple are currently represented by an attorney or when their initial court appearance is scheduled.

Late last month, a Wisconsin couple was arrested for their alleged role in allowing their 4-year-old special needs daughter to die with more than seven times the legal limit of alcohol in her system.