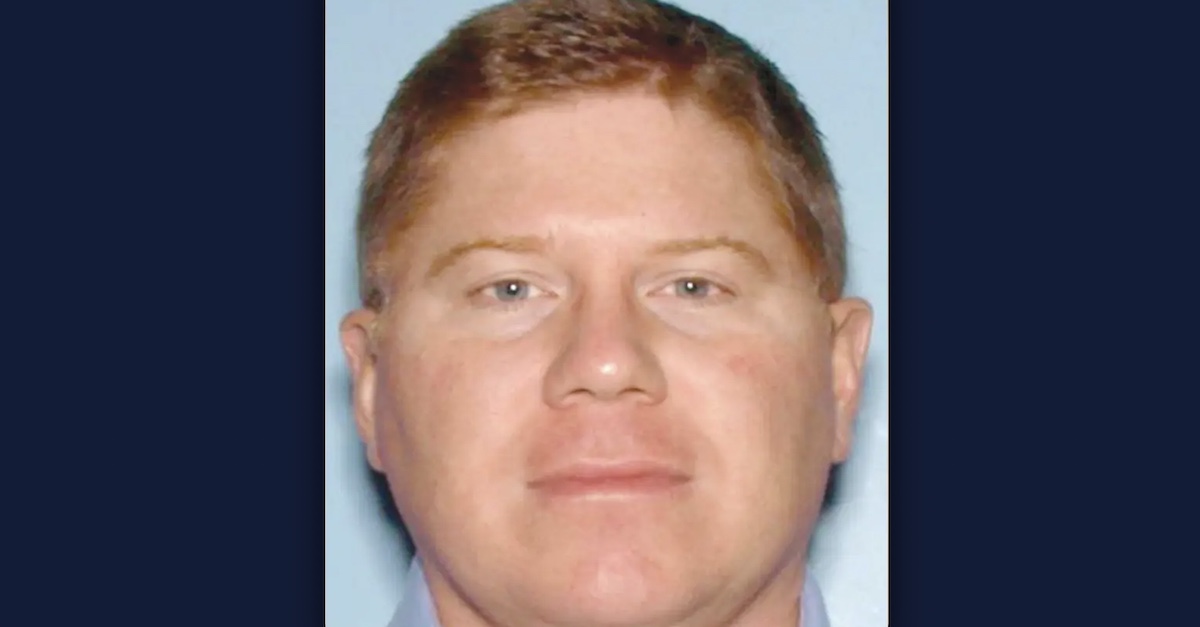 A 47-year-old Georgia attorney may spend the rest of his life behind bars for killing a man he believed threw a golf ball at his Mercedes Benz by running the man down with the luxury sedan.

A Fulton County jury on Tuesday returned a guilty verdict against Bryan Keith Schmitt on one count of second-degree murder in the death of Hamid Jahangard, court records reviewed by Law&Crime show.

Fulton County Superior Court Judge Melynee Leftridge subsequently handed down a sentence of life with the possibility of parole in a Georgia state prison. The defendant will be 81 years old by the time he is eligible for parole, according to a report from the Atlanta Journal-Constitution.

As previously reported by Law&Crime, police said that Schmitt on July 30, 2019 hit Jahangard with his Mercedes sedan, causing Jahangard to fall and hit his head. Police spokesman Sgt. Sam Worsham told the Marietta Daily Journal that investigators believed a road rage confrontation between the men escalated, culminating with Schmitt ultimately hitting Jahangard with his car as he walked across the street.

Emergency responders brought Jahangard to a nearby hospital where he remained in critical care for two days before succumbing to his injuries on August 2nd. The Fulton County Medical Examiner’s office confirmed that Jahangard died of “blunt force injury of the head.”

Schmitt reportedly waited for police to arrive at the scene and claimed that he only meant to talk to Jahangard and never meant to hit him with the car. His defense attorneys reportedly continued to argue that version of events during trial.

“Mr. Schmitt did not intend to kill or assault or otherwise harm Mr. Jahangard in any way. Mr. Jahangard’s death was a tragic accident,” his defense attorney John Garland said during closing arguments, according to a report from Atlanta radio station WSB.

Taking the stand in his own defense, Schmitt reportedly told jurors that he was driving home from work when he heard something hit his car. He then turned around and saw Jahangard, who was allegedly bouncing a golf ball on the edge of his driveway while talking on the phone.

“The two exchanged words across traffic after Schmitt stopped his car in the road,” the Journal-Constitution reported. “Schmitt then made an abrupt left turn into the driveway, striking the curb, a couple trashcans and Jahangard.”

Schmitt reportedly claimed that he underestimated the car’s turning radius when he went to speak with Jahangard.

Assistant Fulton County District Attorney Pat Dutcher reportedly argued that Schmitt knew what he was doing and “acted out of anger” when he sped into Jahangard.

“It was a violent death. It was a gruesome death,” Dutcher reportedly told the jury during closing arguments. “It was a death that left him suffering in the hospital for two days until he was pronounced brain dead.”

Schmitt, who worked as an in-house attorney at a company that specialized in software development, had been a registered attorney in Georgia since 2015.

Smith’s attorneys reportedly confirmed that they planned to appeal the verdict as they left the courthouse on Tuesday.