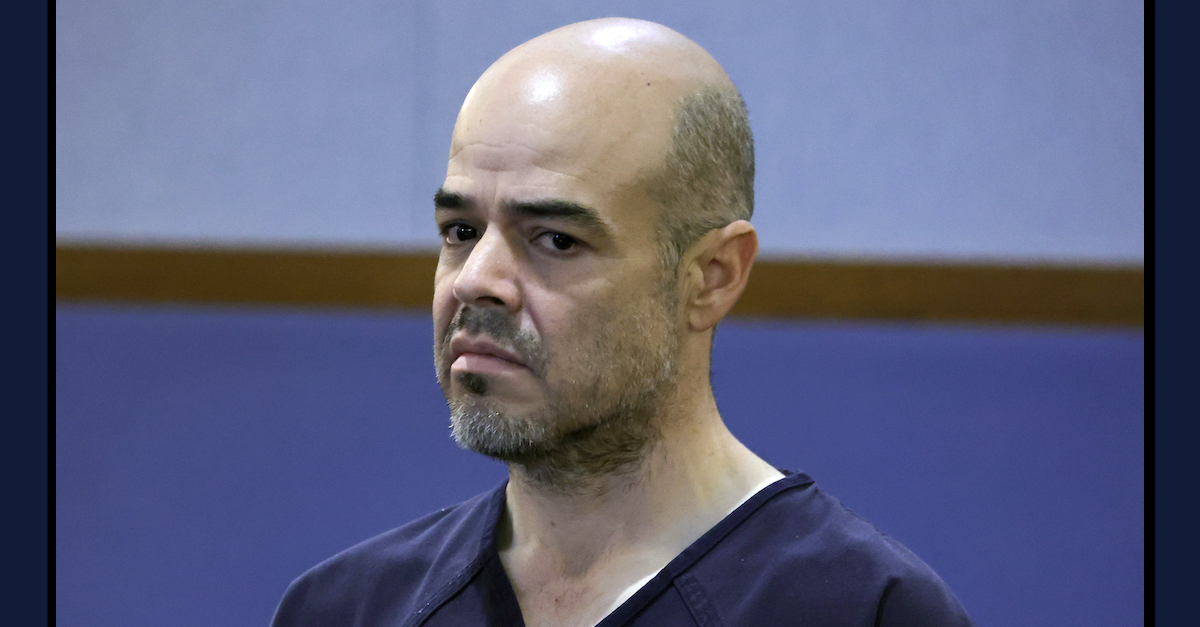 County officials are asking a judge to remove from office an elected administrator who is accused of murdering a Las Vegas journalist.

A complaint filed Tuesday says Robert Telles has “neglected to perform the duties of the office of public administrator” since his Sept. 7 arrest for the murder of Jeff German, a reporter with the Las Vegas Review-Journal who had been investigating misconduct by Telles for months. Telles is in jail without bond.

He’s due to leave office in January after losing the Democratic primary in June, but Clark County announced Tuesday it had “taken the first step in asking the court to remove Robert Telles from elected office as the Public Administrator.”

“In filing with the court at the direction of Clark County, District Attorney Steve Wolfson has set the process in motion,” according to a statement. “The next step would be for the court to take action and declare that Robert Telles has neglected to perform the official duties of the office and to remove him. Upon the Court’s order, Clark County would be able to formally appoint his replacement until voters elect a new Public Administrator this November.”

Telles was arraigned Tuesday in Las Vegas on a charge of murder with use of a deadly weapon for a victim age 60 or older. Wolfson told reporters afterward that his office was “taking action on behalf of the county” because Telles “has been unable to appear at the public administrator’s office, and he’s unable to perform his duties,” according to the Las Vegas Sun.

“The law says if a public official was unable to perform, that’s neglectfulness, and that’s why we’re seeking his removal,” Wolfson said.

Telles, 45, is accused of fatally stabbing German, 69, outside German’s home on Sept. 2. German’s body was found the next day, and his Review-Journal colleagues mentioned Telles as someone police should consider, given his animosity toward German over German’s reporting on problems within Telles’s office.

That included articles about alleged misconduct and an extramarital affair with a subordinate, and German had recently requested public records related to ongoing reporting.

Clark County investigators referenced that ongoing reporting when describing the evidence against Telles, which included DNA as well as shoes and a straw hat Telles is believed to have worn when he murdered German. Chief Deputy District Attorney Richard Scow also said in court that German’s reporting “ruined his political career, likely his marriage, and this was him lashing out at the cause.”

German was stabbed seven times and had Telles’ DNA under his fingernails, Scow said.

Telles spoke with investigators Sept. 7, returning to his home in what appeared to be a haz-mat suit as reporters asked him questions. He was pulled from the home on a stretcher hours later and formally arrested for German’s murder.

Police said he had self-inflicted wounds that weren’t life threatening; photos and video from Tuesday’s arraignment show him alert and appearing to be in good health. After initially appearing with a private lawyer, Telles was assigned public defenders on Tuesday. One said they wouldn’t be arguing for bail today but hoped for a preliminary hearing in about 30 days.

Robert Telles stood Tuesday in shackles while he was charged with murder in the Sept. 2 stabbing death of veteran Las Vegas Review-Journal staff writer Jeff German, who wrote articles critical of him and his managerial conduct. https://t.co/1Khbpy6KD5 pic.twitter.com/Zli4HrsWtD

A Democrat, Telles worked as heating, ventilation, air conditioning and refrigeration technician for the College of Southern Nevada before earning a law degree from the University of Nevada-Las Vegas School of Law in 2014.

He opened his own probate and estate planning firm, Accolade Law, in February 2015. then took office as Clark County’s public administrator in January 2019.

His arrest for murder isn’t the first time he’s been accused of violence while in office. Police last year arrested him on suspicion of battery domestic violence and resisting a public officer, according to Las Vegas ABC affiliate KTNV.

The domestic violence charge was dropped, and Telles received a suspended jail sentence for taking a class called “Corrective Thinking,” the TV station reported. The charge was eventually dismissed. Telles was represented by lawyer Ross Goodman, who is the son of current Las Vegas Mayor Carolyn Goodman and former mayor Oscar Goodman.