Four Family Members Allegedly Killed a Man for Vandalizing Their Home Over and Over. It Was Actually the Wrong Guy. 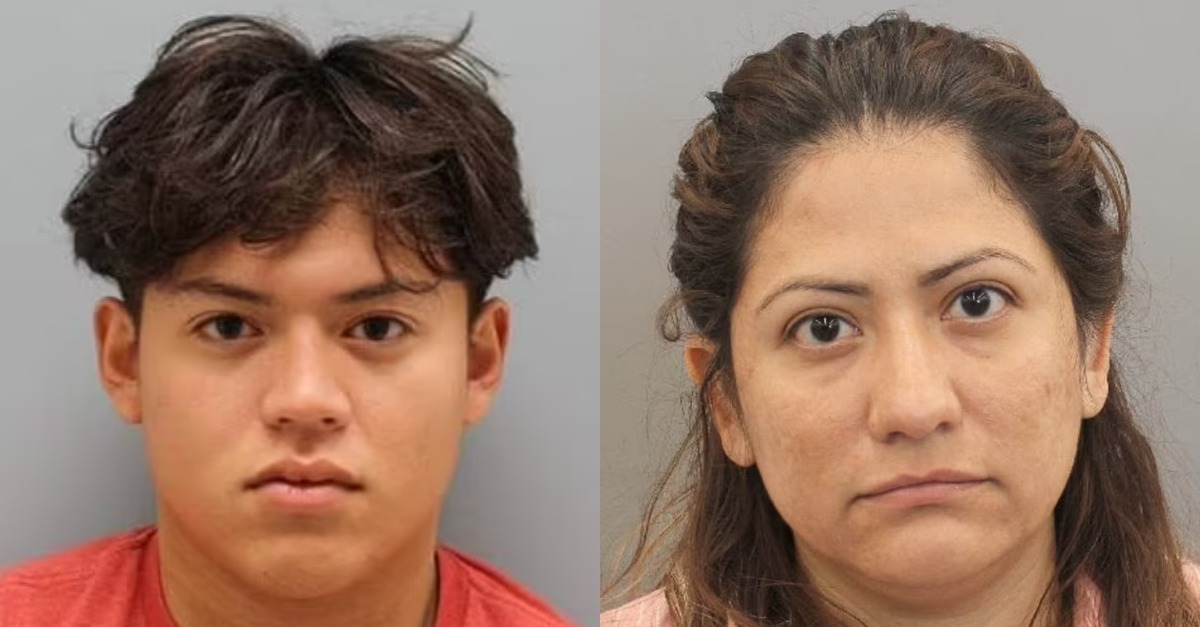 The Argueta family was being harassed. Tormented even. A vandal repeatedly targeted their home and vehicles. Then they allegedly killed the man responsible. But it wasn’t the right man.

Joe Argueta, 19, Luis Argueta, 45, Florinda Argueta, 39, and Margarito Alcantar, 29 were charged earlier this week with murder, according to the Harris County Sheriff’s Office.

The fatal shooting occurred on Monday just before midnight.

Around 11:30 p.m., a dark gray Dodge Challenger pulled up to the Argueta family residence. A plan was then set into action.

The four had previously agreed to “deal with” the vandal and whoever was apparently helping them, according to court documents cited by The New York Times. So, they each allegedly had their role. The son allegedly had a baseball bat. The father allegedly had a gun. The mother and uncle allegedly boxed in the driver using their own vehicles. In a flurry of commotion the driver tried to escape on foot.

Eddie Reece Clark III, 29, was shot in his midsection. He was pronounced dead at the hospital. And he had never before met the family or otherwise interacted with them or any of their belongings.

“Cy-Fair EMS responded to the scene and determined Clark had been shot,” the police report notes. “Clark was transported by Life Flight to Hermann Hospital, where he was pronounced dead.”

That report from Wednesday morning alleges [emphasis in original]:

At approximately 11:30 PM, Joe Argueta spotted what he believed to be the suspect vehicle driving in the neighborhood. Members of the Argueta family attempted to block a dark gray Dodge Challenger on the roadway, with their own vehicles.  Two male family members approached the Challenger on foot. One male was armed with a baseball bat and the other male with a pistol. When the Challenger attempted to flee, the male with the pistol fired multiple gunshots at the passenger side of the Challenger. At the scene, Joe Argueta, stated he was the person armed with the pistol and fired the gunshots at the vehicle until it crashed.

As it turns out, the Argueta family had filed several prior police reports complaining about a black Dodge Challenger.

“Seems like a tragic case of mistaken identify [sic],” Harris County Sheriff Ed Gonzalez said via Facebook on Wednesday. “Now, four are charged in murder of [a] Katy man.”

Clark was actually a neighbor who lived in the Westminster Village Subdivision along with the Argueta family. He was on his way home.

“Eddie Clark was not known by the Arguetas and investigators did not receive any information that Eddie Clark was involved in the ongoing dispute,” police said.

At first, only Joe Argueta was arrested. His mother gave an interview to police at the scene of the crime but was subsequently released before being arrested and later posting bond.

The father and uncle are still currently wanted.

“He is 19 years old, with no prior criminal history; and he did not shoot anybody; and he is not guilty of murder,” Joe Argueta’s defense attorney David Bires told CNN.

Argueta and Alcantar Chargi… by Law&Crime