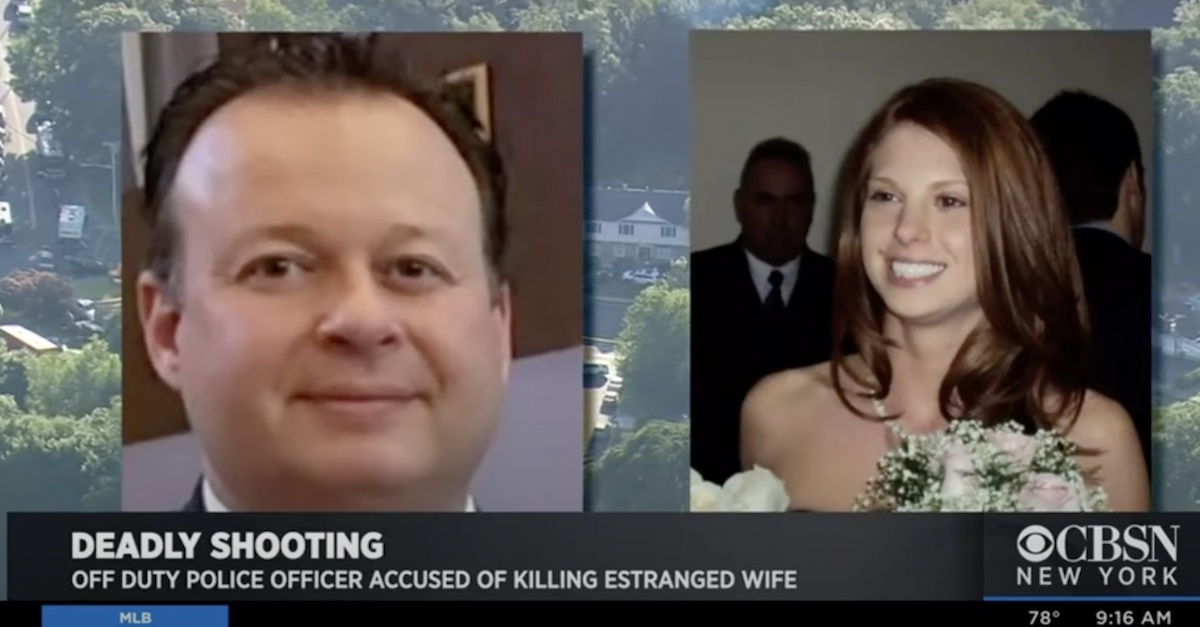 A former lieutenant with the Newark Police Department in New Jersey was convicted of murdering his estranged wife and trying to kill her new boyfriend in a horrific July 2019 shooting that took place while two young children were in the home.

John Formisano, 52, was convicted of first-degree murder in the death of Christie Solaro–Formisano, 37, and the first-degree attempted murder of Timothy Simonson, 40, the Morris County Prosecutor’s Office announced Tuesday.

The former officer Formisano shot the victims on the night of July 14, 2019, while two minor children were in the Jefferson Township home, prosecutors said. For that reason, Formisano was also convicted of two counts of endangering the welfare of a child. Though off-duty at the time, Formisano was also found guilty of official misconduct, weapons charges, and a charge for hindering apprehension or prosecution.

“At approximately 11:21PM, members of the Jefferson Township Police Department were dispatched to 1 Mirror Place for 9-1-1 calls of shots fired. Upon arrival, first responding officers located a deceased woman’s body lying on the front porch steps of 5 Mirror Place,” Prosecutors said. “The deceased woman was subsequently identified as Christie Formisano, age 37, of Jefferson Township, New Jersey. A second victim, Timothy Simonson, age 40, was located with multiple gunshot wounds inside the residence of 1 Mirror Place. Two minor children were also located inside the residence.”

The victims were found dead in different locations because Christie, already wounded, ran from the home and tried to escape. She was murdered in front of a neighbor’s home two houses down.

Locals at the time thought the gunshots were fireworks.

After Formisano shot the victims, prosecutors said, the defendant attempted to flee from the North Jersey area down to Livingston, N.J., the location of his parents’ home — where he was arrested.

The murder weapon — Formisano’s police-issued pistol — was indeed in the trunk of the car he was driving, as Formisano himself openly admitted. NJ.com recounted that confession this way:

Formisano: “Sorry to put you guys through this, I don’t know if you know what happened or not.”

Cops: “Yeah. We know what happened. I think that’s why you know why you’re in handcuffs right now,” Kelly replied.

Formisano: “Like I said, I wouldn’t hurt any of you guys … That’s why I pulled right over.”

“I went home from work and I came home and found my wife in bed with another guy.”

Cops: “Okay, is the gun that you used in the car?”

Formisano: “It’s in the trunk.”

Simonson, who testified at trial against the man who tried to kill him, said he’d been dating Solaro-Formisano for about one month prior to the shooting.

Christie Solaro-Formisano was remembered in her obituary as a “beloved mother” of two, a “loving daughter,” “dearest sister,” an aunt, and a friend to many.

A sentencing date has not been set, but John Formisano faces life in prison.