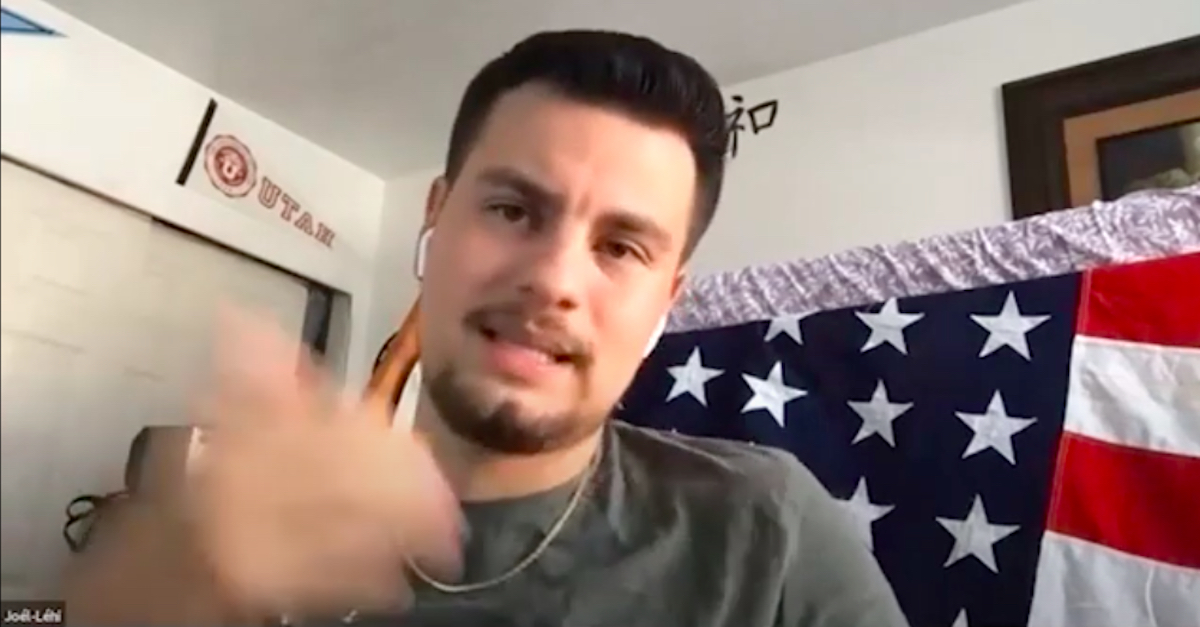 A 29-year-old Utah man and member of the Salt Lake City School Board this week confessed to enticing minors to send him sexually explicit photographs and perform sexual acts via video chat. Joel Lehi Organista formally pleaded guilty to one count of production of child pornography and one count of transportation of child pornography, both felonies, the Justice Department announced Monday.

In a plea agreement filed last week in the U.S. District Court for the District of Utah, Organista admitted that he was the owner and user of a Dropbox account that downloaded between 10 and 150 “images of prepubescent minors,” the DOJ said.

According to the agreement, Dropbox and the National Center for Missing and Exploited Children (NCMEC) in early 2021 reported a user, later identified as Organista, for suspicious activity. Authorities obtained and executed a search warrant on the account and discovered “images and videos of child pornography contained in folders labeled ‘Young’ and ‘Baby Vids,’” the agreement states. A search warrant executed on Organista’s home on June 2, 2021 revealed multiple electronic devices that authorities said contained more than 10 images of child pornography.

“Organista admitted to using Snapchat to contact minor children and solicit them for child pornography and to perform sexual acts for him via video chat,” the agreement states. “Organista admitted during the chats he and the children would ‘jerk off together.’”

In another instance, the DOJ said that there was an incident between Organista and a 13-year-old victim where “the victim performed sexual acts for Organista via video chat.” The plea agreement provided the following graphic details on the encounter, only identifying the victim as “Victim A.”

In one of the video chats, a child who identified himself as being 13 years old (Victim A) sent images of small and erect penis and in one Victim A is holding his erect penis. Victim A was then asked by Organista to ‘finger his hole,’ the child responded by asking if he needed to ‘do finger’ or if he could ‘do pencil or something,’” the agreement states. “Organista said he could use an item, and that he wanted to see the child perform the sex act. The child uploaded a video which shows a close-up of pencil inserted between his butt cheeks, Victim A moves the pencil in and out. Victim A comments that the pencil hurts, and Organista tells him to get a smaller one.”

Salt Lake City Fox affiliate KSTU reported that Organista is originally from Mexico City and moved with his family to Utah. He reportedly served as the vice president of the Youth at the League of United Latin American Citizens until he was removed from the position following his arrest. He also reportedly taught health at Horizonte High School.

Prosecutors recommended to the court that Organista serve 15 years in federal prison and once released, may be ordered to remain on supervised release and register as a sex offender for the rest of his life. He is currently scheduled to appear before a judge in May for a sentencing hearing.

Read the initial indictment and plea agreement below.