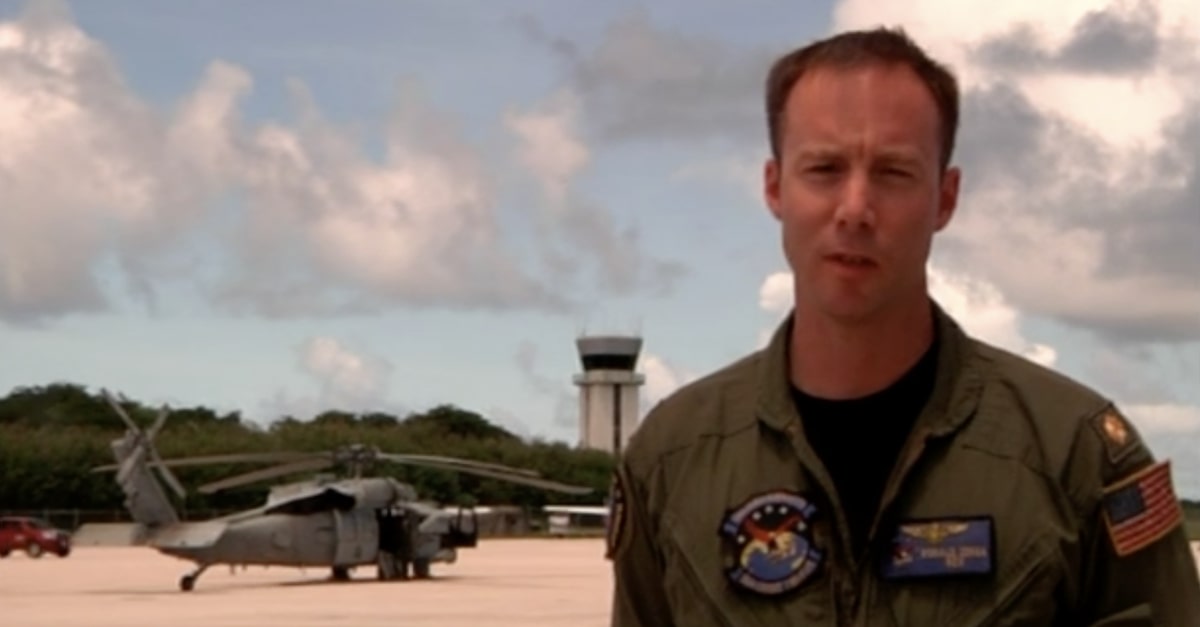 A former Navy commander who prosecutors say sexually abused a family member and “invited strangers to join” has been sentenced to spend the rest of his life in prison, the Department of Justice announced on Friday.

The case of former Lt. Commander Ronald W. Zenga, a 45-year-old pilot who pleaded guilty two years ago to coercing of minor and child pornography, represented what federal prosecutors called “one of the most heinous crimes ever prosecuted” in the U.S. District Court for the District of Rhode Island.

“He abused the most sacred trust a human being can be given, responsibility for the health and well-being of another living soul,” Assistant U.S. Attorney John P. McAdams wrote in a sentencing memo on Wednesday. “Instead of using the many gifts, opportunities, training and experience he was blessed with to nurture and protect, he chose to de-humanize and abuse that life in furtherance of his own perverted sexual deviancy.”

Matthew Millhollin, the Special Agent in Charge for the Homeland Security Investigations’ Boston Field Office, echoed that sentiment in a statement denouncing Zenga’s “audacity to brag about his exploits online—hubris which ultimately led to his arrest.”

“The abuse and exploitation of children is deeply cruel, violating the trust and safety of victims and generating trauma that may never fully heal,” Millhollin said.

Prosecutors say that Zenga’s case illustrates the nexus between consuming images depicting the sexual abuse of children and participating in it.

“He abused his victim for nearly all her life,” his sentencing memo states. “His conduct exemplifies the horrific intersection of child sexual abuse and child pornography.”

According to the Rhode Island-based TV station WPRI, U.S. District Judge John McConnell easily determined that Zenga should spend the rest of his life behind bars.

In 2018, a Homeland Security agent said he saw Zenga using a Proton Mail address on a social media app. The agent said that Zenga admitted in an interview that year that the “sexual abuse began when he was in the U.S. Navy stationed in Guam,” according to an affidavit.

“Zenga described himself as a ‘Monster,'” the agent’s affidavit states.

The former Naval War College faculty member pleaded guilty last November. Court documents shield the identity of the family member he abused, who was quoted delivering a statement at Zenga’s sentencing through the prosecutor.

“The most painful part of trauma is knowing that someone has wronged you,” the victim reportedly said.

Zenga claimed to be a victim of childhood sexual abuse himself.

“Zenga’s personal history and characteristics render his crimes all the more inexplicable,” his prosecutor wrote in a sentencing brief. “While he claims to have suffered an incident of abuse as a child (and the government has no evidence to dispute it), in many respects he has enjoyed a life far more privileged than most people, let alone criminal defendants. He was raised in a loving family. He is well educated. He traveled the world. He had a successful and rewarding career in the United States Navy, including as a commissioned officer. Most importantly, he had a loving wife and daughter. And yet despite these privileges, he chose to spend his life destroying the people closest to him.”

“A 2018 Study published by ECPAT International and Interpol noted there are more than 1 million media files of child sexual exploitation and abuse materials in the International Child Sexual Exploitation (ICSE) Database,” the sentencing memo states. “Almost 50% of the files portray child victims that have been identified by law enforcement, while the remainder depict unidentified children. Over 60% of the unidentified victims are prepubescent. […] The study found a link between the age of the child on and the severity of the abuse. When victims were younger, the abuse was more severe.”

This was also true for Zenga, the prosecutor said, adding that his collection included “prepubescent victims” and his “own hands-on conduct.”