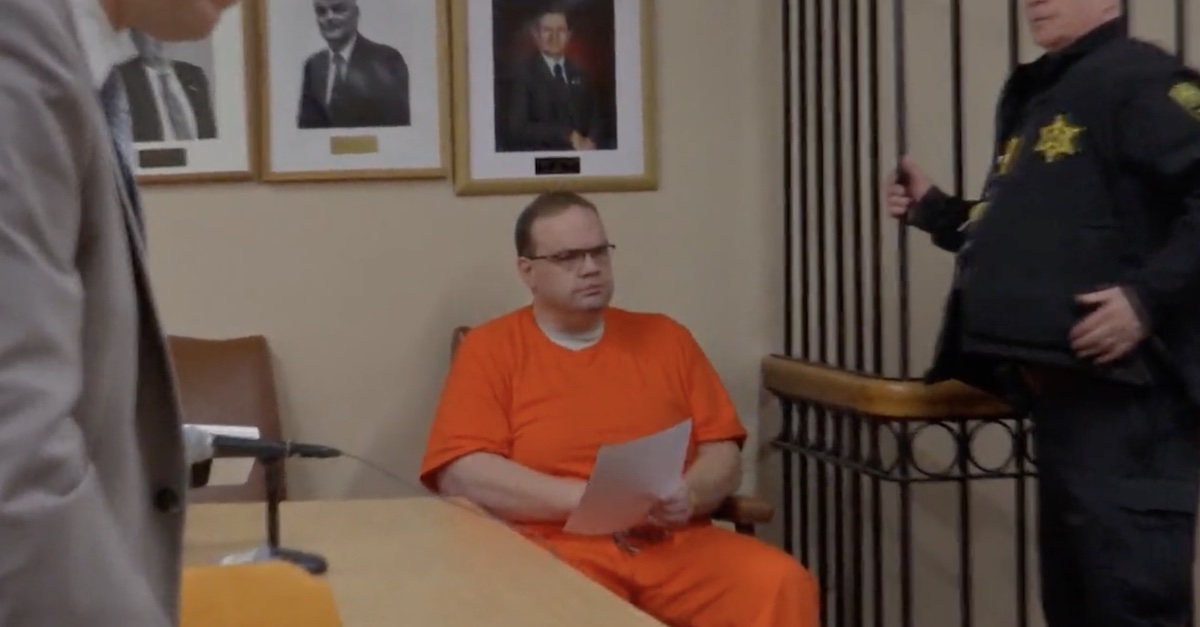 Warning: this story contains details about the sexual abuse of children that will be disturbing to readers.

The three victims’ ages ranged from 5 years old to 15 years old at the time they were abused, according to the Department of Justice. The abuse occurred during trips to Boston, Massachusetts, Las Vegas, Nevada, and Orlando, Florida. The plea agreement, which shows that Ryan admitted to three counts of aggravated sexual abuse and six counts of transportation of minors to engage in sexual activity, went into detail about how Ryan preyed on the victims and abused them across state lines.

Ryan went on to sexual abuse the victim on two separate occasions in 2004.

Authorities said Ryan took then-6-year-old V-1 to Boston around October 31, 2004 to attend the Boston Red Sox World Series parade. That was the year the Red Sox famously exorcised the Curse of the Bambino: the storied franchise’s World Series championship drought that began after 1918.

“They spent the night and attended the Boston Red Sox World Series parade. The defendant gave V-1 a clear liquid that caused V-1 to eventually pass out in their hotel room. The defendant masturbated V-1’s penis and anally penetrated V-1,” documents said.

In the same year, Ryan sexually abused the same victim during a week-long stay in Las Vegas.

The plea agreement said that Victim-2 (V-2) was 13 years old in 2007 when Ryan began grooming him by purchasing gifts, like “sports memorabilia, gold jewelry, and a cellphone.” The sexual predator saw the teen five to six times a week, documents said.

After the victim turned 14 that year, Ryan and the victim traveled to both Massachusetts and Florida. Ryan sexually abused the boy in both states.

“The defendant took 14-year-old V-2 with him from the Northern District of New York to the area of Orlando, Florida. While there, the defendant rubbed V-2’s penis on two occasions. The defendant also took photographs of V-2 that depict V-2 naked from the waits up with a towel around his waist after getting out of the shower,” court documents said. “The defendant further instructed V-2 to get naked and use a basketball to cover his penis in additional pictures.”

At the end of the same year, Ryan and the victim traveled to Boston, went to a basketball game, and stayed at a hotel.

“While at the hotel, the defendant showed V-2 pornography and rubbed V-2’s penis,” the plea agreement said.

V-3 was 14 or 15 years old when he was sexually abused by Ryan between the years 1998 and 1999. According to the plea agreement, Ryan traveled with V-3 and other teens to Massachusetts, gave V-3 and the other teens alcohol, and then sexually abused V-3 after the victim passed out. Ryan had another teen record the abuse. This happened during a trip to Six Flags.

The plea agreement says that both the government and Ryan and agreed to a sentence of 30 years in prison and a lifetime of supervised release if he emerges from prison alive. The agreement also says, however, that Ryan “understands that the Court can impose” a maximum penalty of life in prison.