Former Federal Prison Guard in Alabama Admits Having Sex with Female Inmate in Laundry Room, Trying to Get Colleague to Lie About It 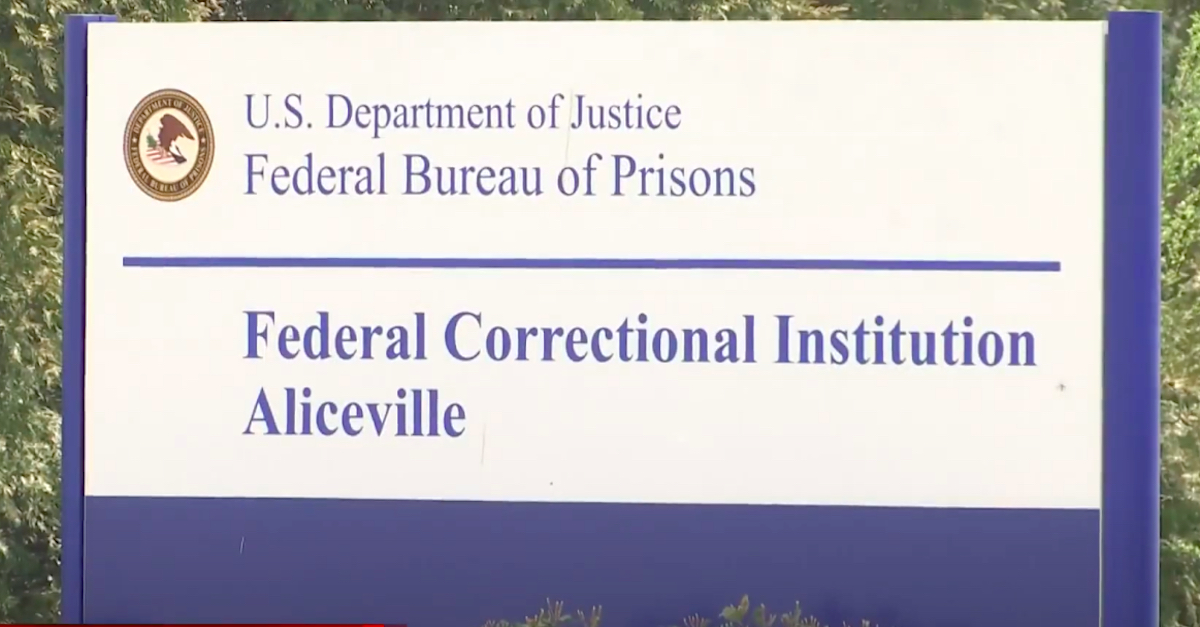 A former federal prison guard in Alabama pleaded guilty to having sex with a female inmate in the back of the detention facility’s laundry room and attempting to cover up the crime up by asking a colleague to lie about his conduct, the Department of Justice said.

Eric Todd Ellis, 32, on Tuesday formally admitted that when he was a Bureau of Prisons (BOP) corrections officer at the FCI-Aliceville facility he “knowingly engaged in a sexual act with a female inmate” who was “under his custodial authority” while he was “on-duty and acting in his capacity as a corrections officer,” the DOJ said in a press release. He then admitted his conduct to another BOP official and soon thereafter the DOJ Office of the Inspector General (OIG) opening an investigation.

The sex act took place on June 11, 2020, and the charges against Ellis were filed last month in the U.S. District Court for the Northern District of Alabama.

According to the DOJ, on Sept. 5, a few weeks into the investigation, Ellis approached the official to whom he had admitted his conduct, asking them to, “Just tell [the OIG agents], yeah, we’re friends, but, I mean, you hadn’t really talked to me about it. And when you have it’s – I’ve just told you that nothing happened.”

In his signed plea agreement, Ellis admitted that he was attempting to convince his colleague to provide false information to the federal inspector general about his sexual assault of the female inmate.

“Inmates detained inside jails and prisons have the right to be free from sexual assaults and sexually abusive behavior,” said Assistant Attorney General Kristen Clarke of the DOJ’s Civil Rights Division. “The Department of Justice will continue to hold accountable prison employees who exploit their positions of power to sexually abuse individuals in their custody, and then attempt to cover up their misconduct. Corrections officers who commit sexual assault have no place inside the Bureau of Prisons, and we will continue to fight for justice for victims of these despicable crimes.”

“Ellis sexually abused an inmate in his custody and then tried to coerce another correctional officer to help him cover up his crime, ”Boyersmith said in a statement. “The DOJ Office of the Inspector General will continue to investigate and bring to justice anyone who engages in this kind of behavior.”

Ellis is scheduled to appear before a federal judge for his sentencing hearing on Oct. 26.