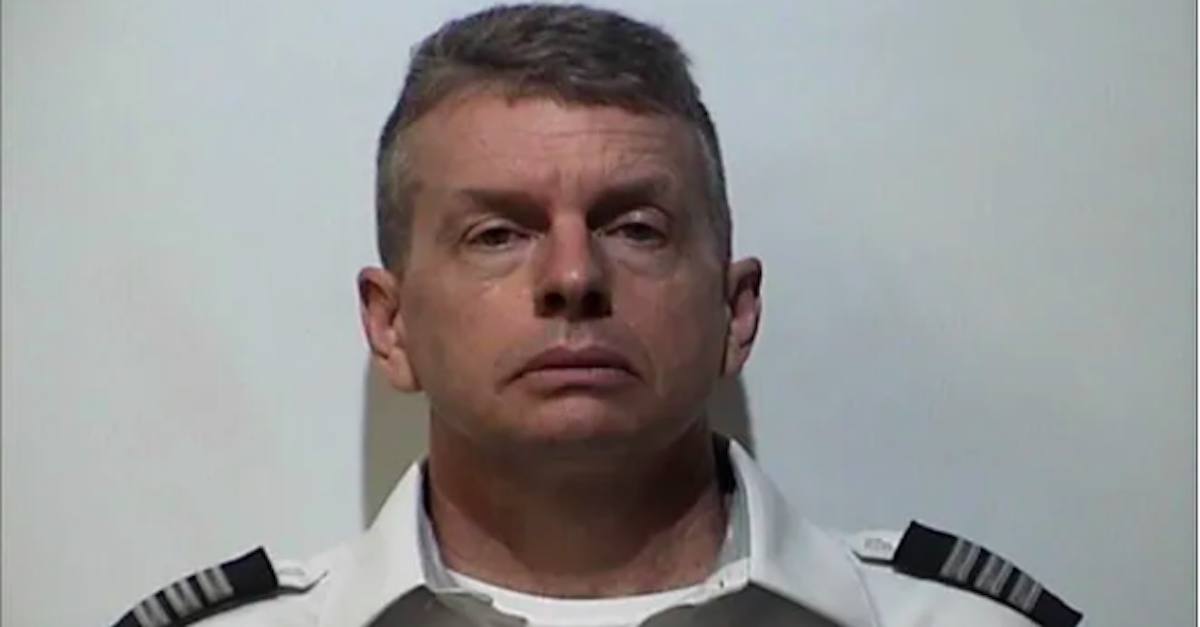 A former U.S. Army major and American Airlines pilot who made national headlines when he was pulled off a commercial flight in 2019 and charged with committing a triple homicide and arson was convicted on all charges Wednesday, several local news outlets reported.

According to a report from local NBC affiliate WSMV, prosecutors argued that Martin initially intended to kill Calvin Phillips to prevent him from testifying in Martin’s court martial hearing at Fort Campbell, which was scheduled to take place just two weeks after Calvin Phillips was murdered. The prosecution posited that Martin fatally shot Calvin Phillips, then killed Pamela Phillips and Dansereau because they stumbled across the crime scene at the wrong time.

In an earlier and separate proceeding — and without Phillips as a witness — a military tribunal convicted Martin, a 30-year Army veteran, on one count of assault on a child and one count of mishandling classified information.  Martin was sentenced in that proceeding to 90 days in jail and discharged from the service, per the Louisville Courier Journal. He had been accused of beating his ex-wife’s children for taking sensitive military equipment.

Calvin Phillips was found dead in his home in Pembroke — located directly across the street from Martin’s home — while the bodies of Pamela Phillips and Dansereau were discovered in a recently torched car that had been left in a nearby field.

Assistant Attorney General Barbara Whaley told the jury that the murders were “a cold blooded, calculated, military style operation” during Wednesday’s closing arguments. She added that only Martin had the means and motive to carry out the crime. She also said that forensic investigators concluded that a bullet casing found at the scene of the crime had been fired from a .45-caliber firearm that was locked in Martin’s home safe.

Assistant Public Advocate Tom Griffiths, who represented Martin in the proceedings, argued that there were no eyewitnesses to the crime and no DNA evidence linking Martin to the murders, calling the evidence against his client “ridiculous.”

“That shell casing is the sort of suspect evidence that only happens in the movies – but unfortunately this is real life,” Griffith said, according to WSMV.

Griffith also focused on Martin’s ex-wife, Joan Harmon, suggesting that she had staged the scene to make it look like Martin was responsible. In pursuing this theory, Griffith noted that Harmon had vowed to ruin Martin. He also said Martin’s dog tags — which were found inside Phillips’s home — were staged.

“The most obviously planted thing I’ve ever seen is this,” Griffith said, holding up the dog tags, per WSMV.

According to the TV station’s report, Harmon “pleaded the 5th when summoned to testify, but told News4 in 2016 that she believed her husband murdered the three victims.”

Martin’s sentencing hearing is scheduled to begin Thursday. He faces a maximum of life in prison.