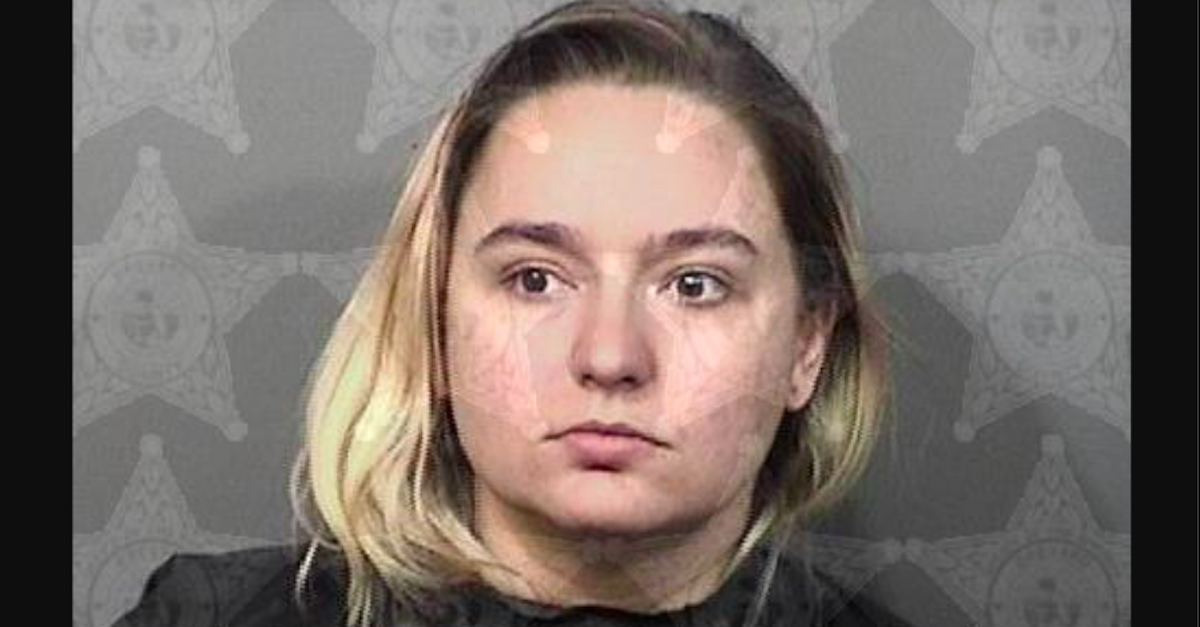 A 25-year-old Florida woman who was already the subject of a warrant for felony child neglect is facing a slew of additional charges after law enforcement authorities say she kept her young daughter “caged” inside of a pitch-black closet in her hotel room in a diaper that appeared to have not been changed for days.

Patricia A. Childress was taken into custody Thursday and charged with one count of aggravated child abuse as aggravated assault and one count of child neglect without causing great bodily harm, court documents show.

According to a probable cause affidavit obtained by Law&Crime, deputies with the Brevard County Sheriff’s Office on Thursday, Jan. 27 responded to a report that Childress, who was wanted on a felony charge of child neglect, was at an unidentified hotel. She was staying in a room with a man named Marshall Day, who was allegedly also wanted on the same charge, as well as her two young children. The children were only identified as a young boy and a young girl. Their exact ages and relationships to each other and Childress were not included in the report.

Upon arriving at the hotel, first responders reportedly knocked on the door to the room being rented by Childress and Day. Childress reportedly opened the door and the deputies entered and began searching for the two children. After performing a protective sweep of the room to locate the kids and ensure that Day was not hiding, deputies were only able to find the little boy, who was sleeping on one of the two beds.

Per the affidavit, one of the investigators then noticed that a heavy bin overflowing with several bags of clothing appeared to have been intentionally placed in a position to keep the closet door pinned shut. The deputy then reportedly removed the clothing bin from its position and opened the door. Inside the closet, the deputy found the little girl.

“The agent opened the door and discovered the second child, identified as [redacted], had been locked inside the closet with a small blanket and pillow. The child was sleeping in a shirt with no pants and a diaper full of urine and feces,” the affidavit states. “It should be noted the closet had no lights, toys, or other items accessible to the child and the child was certainly in the dark while inside the closet. The child was also effectively locked or ‘caged’ into the small closet by the heavy clothing bin and other clutter which would have prevented the small child from being able to escape.”

The deputies conducted an interview with Childress during which she allegedly tried to justify keeping the young girl locked up in the closet, saying she only put the girl in the closet when she sleeps — to prevent the girl and the male child from fighting.

“She just sleeps in there, I put her in there just so they don’t fight at night,” Childress reportedly said.

When asked how the girl can get out of the closet, the boy said, “If the cops are coming [redacted] will let her out,” per the affidavit. He also confirmed that the girl had been locked in the closet the previous day.

Childress was taken into custody and booked at the Brevard County Jail Complex just after 4:30 p.m. last Thursday. According to online jail records, she was released Sunday at approximately 9 p.m. after posting her $17,000 bond. She is currently scheduled to appear before Judge Katie Jacobus on Feb. 24