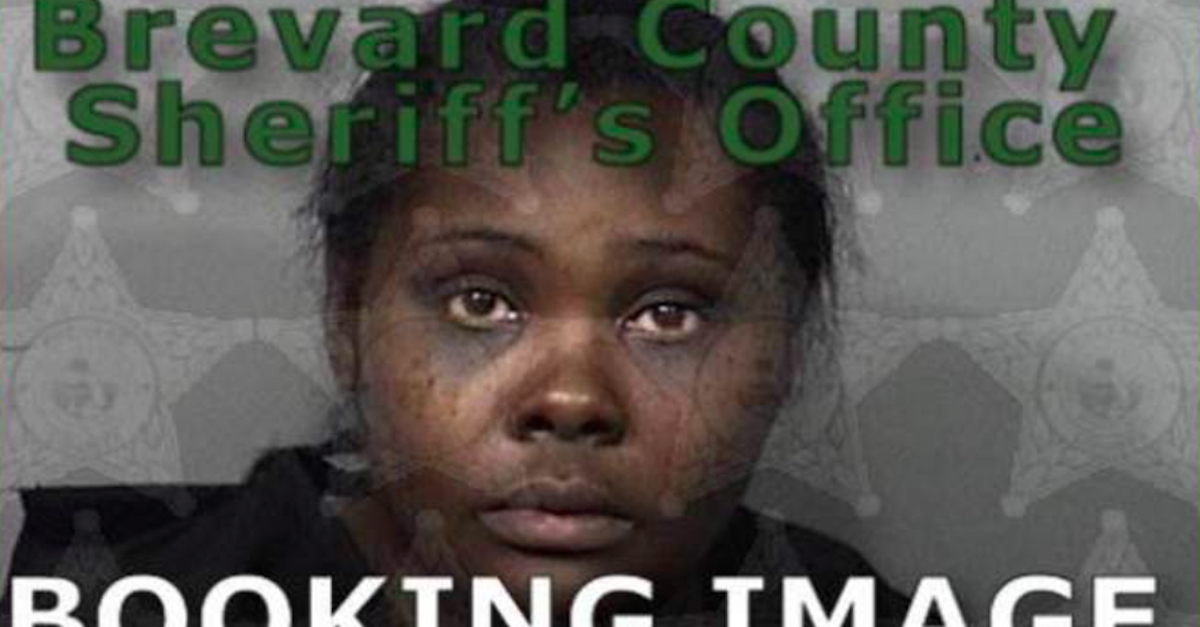 A female public school employee at a Florida elementary school was arrested and charged with murder after law enforcement authorities say she intentionally drowned her 4-year-old foster child in a bathtub.

Deputies with the Brevard County Sheriff’s Office took 41-year-old Lakeisha Sonyae Mitchell into custody on August 24 and initially charged with aggravated child neglect resulting in great bodily harm and aggravated child abuse causing great bodily harm for drowning the girl, whose name was not released to the public. Those charges were upgraded to first-degree murder on Sept. 9 after the child died from her injuries.

According to a Friday news release from the sheriff’s office, deputies and emergency medical personnel responded to a 911 call about an unresponsive child at Mitchell’s address at 1000 block of Queen Street in Titusville at approximately 5:40 p.m. on Aug. 23. Emergency Medical Services attempted life-saving procedures on the child before rushing her to Parrish Medical Center with “life-threatening injuries.”

Mitchell, who is a data clerk at Coquina Elementary School, was arrested without incident that evening. The young girl was later air-lifted to Orlando Health Arnold Palmer Hospital for Children where she was pronounced dead at approximately 10 a.m. on Aug. 25.

According to the arrest report, Mitchell told investigators that the child was “throwing a temper tantrum” and “kept throwing herself on the ground and pretending that her legs did not work,” which the foster mother claimed the child had done in the past.

Mitchell said she left the bathroom where the child was and that when she came back, the girl was lying on the floor with her eyes closed. She told the officer she “believed [the child] was faking unconsciousness” so she placed the fully-clothed child in a bathtub filled with water, explaining that doing so had caused the girl to “stop faking unconsciousness” in the past.

“Lakeisha advised that she laid the child in the bathtub last saw the child sitting in the tub, with her back against the tub, with water present,” the report states. “Lakeisha said she left the room while the child was still unconscious in the body of water. When Lakeisha returned to the bathroom, she found the child on her side, with her face submerged. Lakisha stated the child’s lips were blue, and she was unresponsive.”

Mitchell then said she called a friend before calling 911.

She also told investigators that the girl had “extreme behavioral issues” that included “the child speaking with demons.”

Hospital and emergency medical personnel told officers with the Titusville Police Department, however, that the girl had suffered injuries which were not consistent with Mitchell’s story.

The arrest report said doctors noted that the child had suffered numerous injuries, including bruising on her left eye, bruising around other areas of her face, and a series of scratches on her body.

Mitchell is being held at the Brevard County Jail without bond.

A spokesperson for Brevard Public Schools told Florida Today that Mitchell had been placed on administrative leave without pay. Her employment with the school district is currently under review and a decision “will be made shortly,” the spokesperson added.

Mitchell is scheduled to appear in court on Sept. 23.