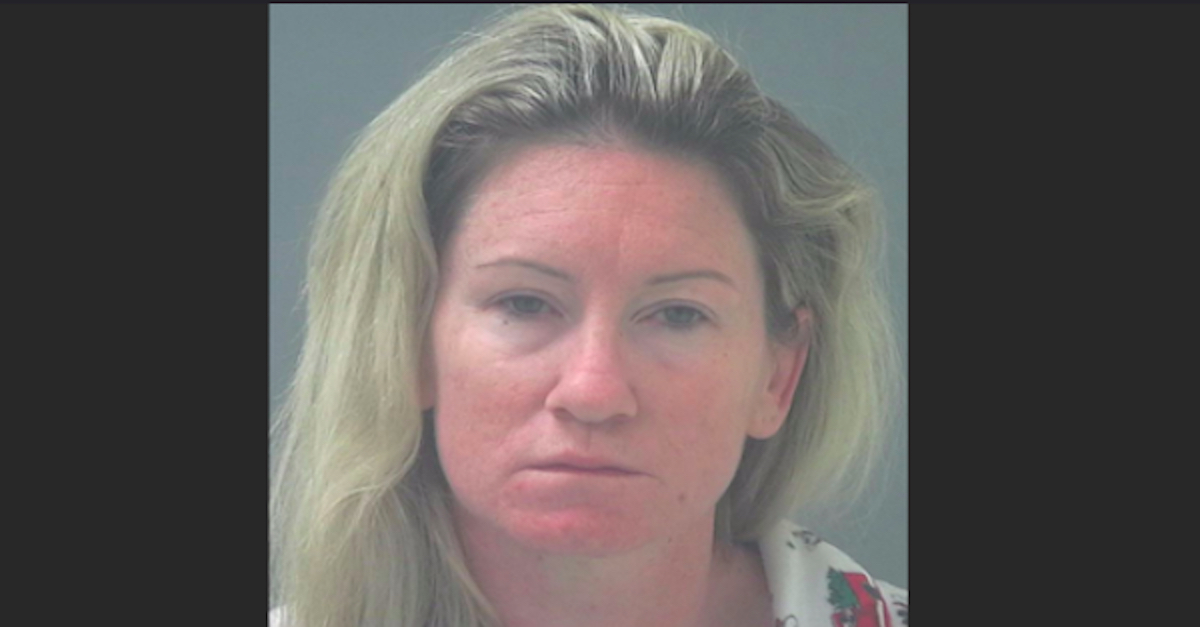 According to the report, the first incident took place on Thursday during a Thanksgiving gathering at a pool. Deputies with the Santa Rosa County Sheriff’s Office responded to a 911 call at the location after Frate allegedly abused a young girl because Frate believed the child threw her son in the pool, Pensacola ABC affiliate WEAR-TV reported.

Witnesses reportedly told deputies that Frate slammed the girl’s head into the ground and punched the child. After the alleged abuse took place, Frate pulled out a handgun and threatened to shoot herself in front of the adults and children onlookers at the pool, a copy of the arrest report obtained by WEAR reportedly said.

Deputies arrived a short while later and took Frate into custody. She was charged with one count each of battery and child abuse without great bodily harm and booked into the Santa Rosa County Jail. She was released Friday morning after posting $2,500 bond.

But a few hours later, Frate found herself back behind bars after authorities learned of an incident that occurred earlier in the week.

Deputies with the Santa Rosa County Sheriff’s Office took Frate into custody for the second time on Friday afternoon after a caseworker with the Florida Department of Children and Families came to them with a video that reportedly showed the woman abusing a child in an unrelated incident on Nov. 22, per the News Journal.

In their arrest report, deputies reportedly said the video showed Frate grabbing a young girl by the hair and “repeatedly punching the child who was sobbing and yelling, ‘Ow! I’m sorry!’ and ‘No.’” Frate had reportedly become outraged after accusing the young girl of moving her crockpot. Frate reportedly referred to the child using explicit language when striking her in the video.

The police report for the second arrest reportedly stated that the abuse resulted in the child sustaining extensive bruising, a knot on her forehead, neck pains, and headaches. It was unclear whether the same child was involved in both alleged instances of abuse.

Frate was again booked into the Santa Rosa County Jail and charged with one count each domestic violence battery aggravated child abuse – cruelty towards a child, online records showed. Her bond was set at $105,000. She remained in detention as of Monday afternoon.