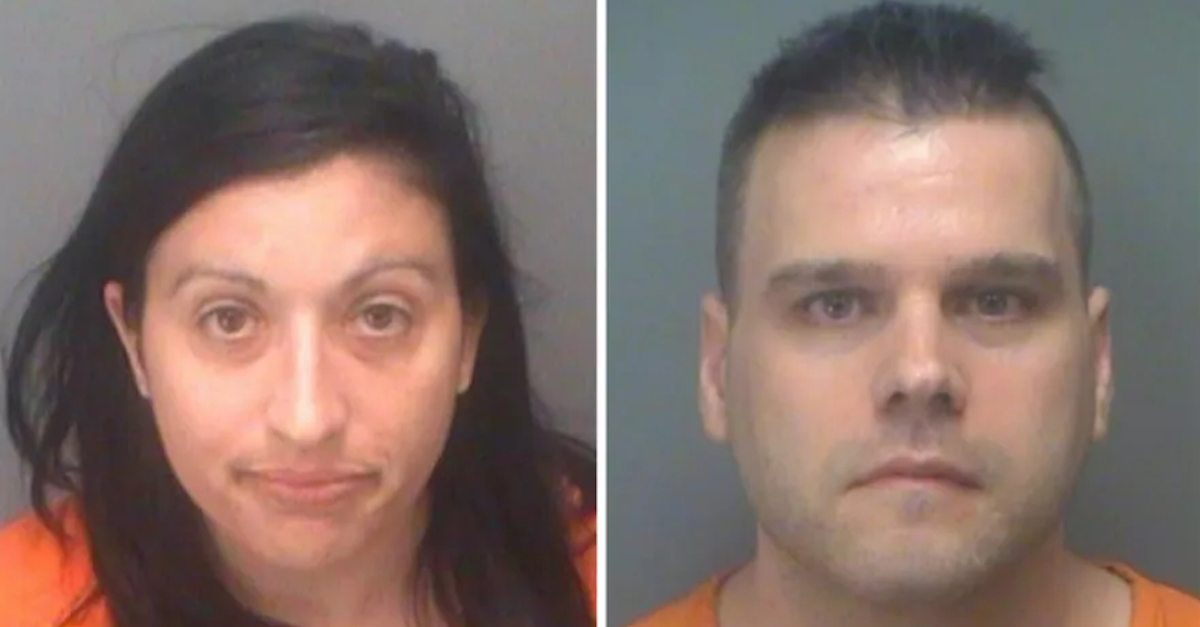 A 39-year-old man and a 36-year-old woman in Florida were arrested this week on felony charges for filming the woman engaging in sex acts with her dog, police say. Christina Calello and Geoffrey Michael Dennis Springer were taken into custody on Tuesday and Wednesday, respectively, and charged with one count each sexual activity involving animals.

According to a press release from the Pinellas County Sheriff’s Office, Calello was arrested for having “willingly engaged in sexual activity with a dog on multiple occasions” over the span of nearly a decade. Springer, who is referred to in the release as Calello’s ex-boyfriend, allegedly recorded the “sexual activity” and saved the videos clips to a flash drive.

A sworn probable cause affidavit for Calello’s arrest obtained by Law&Crime provided explicit details regarding the alleged sex acts with a dog described as a male husky.

During an interview with Springer, investigators showed him evidence of the video depicting the alleged act of bestiality. Springer then positively identified “the woman in the video receiving oral sex” from the canine as Calello, per the affidavit. Investigators wrote that the woman depicted in the video appears to have a heart shaped tattoo on her hip area that matches a tattoo on Calello.

After being read her Miranda rights, Calello allegedly admitted to engaging in sex acts with her dog many times while also attempting to deflect some of the blame onto the animal.

Springer allegedly told investigators that Calello had “engaged in approximately 30 to 50 sexual acts with the dog in a time span of eight years.”

Following Calello and Springer’s arrest, deputies took possession of the dog. He was brought to a local pet hospital where a veterinarian performed a routine examination and concluded that the animal was not injured.

Calello and Springer were booked into the Pinellas County Jail. Springer was released on his own recognizance. Calello was released after posting $5,000 bond.

The arrest documents are embedded below.