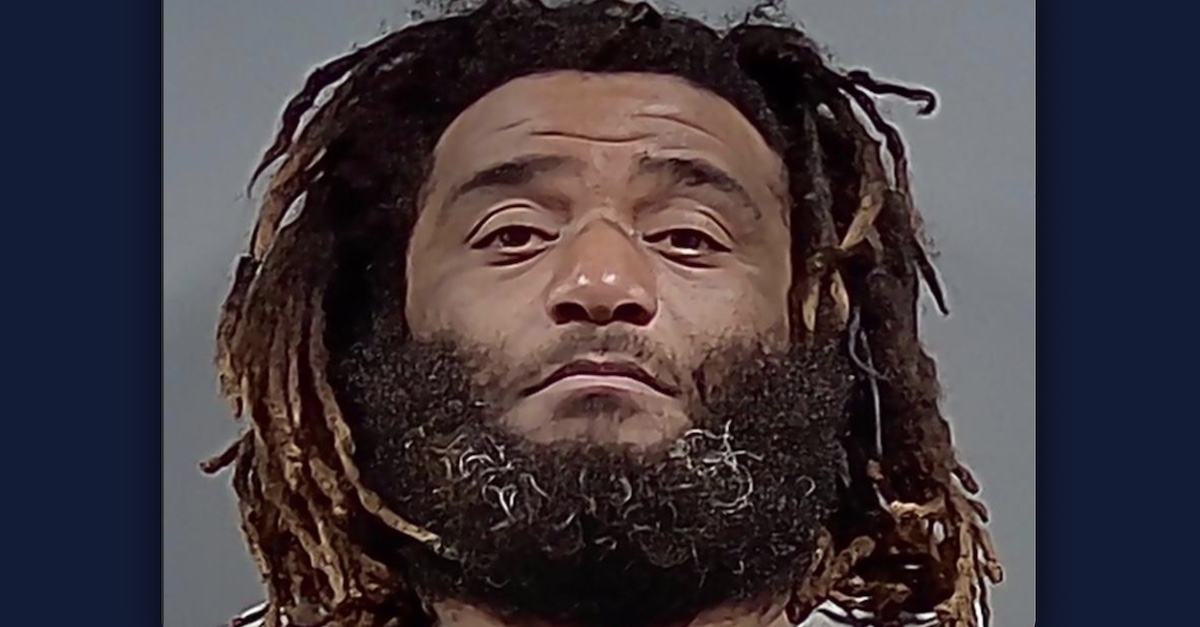 A 41-year-old man in Florida is facing serious time behind bars for allegedly voting illegally and filling out multiple voter registration applications during the 2020 presidential election. Michael Dewayne Collins Jr., a convicted sex offender, was taken into custody last week and charged with four counts of perjury – false swearing of an oath and one count of fraud – election voting by an unqualified voter, court records reviewed by Law&Crime show.

Both of the alleged offenses are felonies under Florida state law.

Collins is one of many Floridians who have been charged with some form of voter fraud since Republican Gov. Ron DeSantis in July announced the establishment of the Office of Election Crimes and Security. The creation of the office came as Republicans across the country enacted more restrictive voting measures with many continued to push former President Donald Trump’s baseless claims that the 2020 presidential election was fixed.

The newly formed office has been criticized by voting rights advocates as promulgating a false narrative about election security while arresting numerous people who were simply confused about their voting eligibility.

According to a report from the Pensacola News Journal, David H. Stafford, the Escambia County Supervisor of Elections, on Nov. 1 contacted the Florida Department of Law Enforcement (FDLE) regarding unusual voter activity from Collins. Stafford reportedly provided documentation showing that Collins had filled-out and signed a voter registration application for the state of Florida in August 2020, September 2021, as well as July and October 2022.

On all four of the voting registration documents that Collins signed, he agreed to the following declaration: “I affirm that I am not a convicted felon, or if I am, my right to vote has been restored,” according to a report from Mobile, Alabama CBS affiliate WKRG-TV.

However, court records show that Collins in 2001 pleaded no contest to one count of committing a lewd or lascivious act in the presence of a child under 16 years of age, which is a second-degree felony sexual offense. He was ordered to serve a sentence of five years of probation and to register as a sex offender. In 2009 he also pleaded guilty to being in possession of cocaine with the intent to distribute, a second-degree felony. He received a suspended sentence of five years in prison.

WKRG reported that county supervisor of elections in December 2009 sent Collins a letter explicitly stating that he was not eligible to vote due to his felony conviction. On Feb. 10, 2022, the county supervisor again reportedly wrote to Collins to inform him that state authorities had no information or indication that his voting rights had been restored in the state.

While the state of Florida did restore some felons right to vote with the 2018 passage of Amendment 4, individuals convicted of murder or felony sexual offenses remain ineligible to vote “unless and until the person’s right to vote is restored by the State Clemency Board.”

In 2019, Collins reportedly claimed that an organization sent him a letter stating that he was eligible to vote. However, authorities say that letter was not an official correspondence with the state of Florida, but a document from a group that was attempting to get citizens to register and cast votes in the 2020 election. According to the FDLE, Collins never attempted to file a petition with the Clemency Board to have his voting rights restored, WKRG reported.

Additionally, in an interview with special agents from the FDLE, Collins reportedly said he believed he was eligible to vote, but also acknowledged receiving the February 2022 letter from the county supervisor which he allegedly remembered stating “something about his voting rights being messed up” and telling him that “he needed to contact them.”

Collins was released from Escambia County Jail after posting bond of $12,500. He is scheduled to appear in court on Dec. 16.