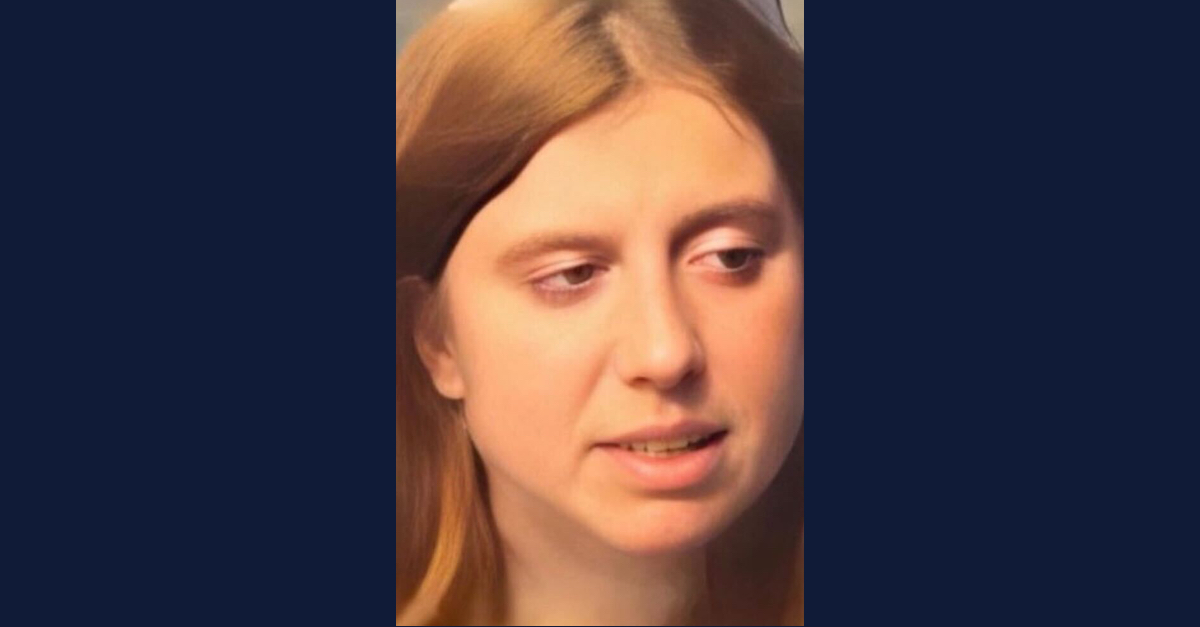 A woman in New York City turned herself in on Tuesday after being wanted in connection with the death of a famous Broadway singing coach.

Barbara Maier Gustern, 87, was shoved onto the sidewalk in Manhattan’s Chelsea neighborhood on March 10, 2022. The incident occurred just steps away from Gustern’s apartment on West 28th Street and the corner of Eighth Avenue at around 9:30 p.m. Friends quickly found her outside the lobby in a pool of blood.

“I’ve never been hit so hard in my life,” the victim told one friend as she lay bleeding and resting in her lap while waiting for first responders to arrive. The huge gash on her forehead portended a dire prognosis. Gustern had a traumatic brain injury and her doctors said that if she survived she would never be the same. The legendary vocal coach succumbed to her injuries five days later on March 15, 2022.

Before she died, Gustern gave police a description of her attacker. As did a cyclist who said they saw the violence unfold and who then helped escort the victim back inside on the night she was pushed from behind seemingly without reason. Gustern also told police that her assailant shouted something derogatory as the attack occurred.

“We’re asking the public’s help in solving this disgusting and disgraceful offense committed against a vulnerable, elderly female who was doing nothing but walking down the streets of New York City,” New York City Police Department Chief James Essig told reporters on the day Gustern died, imploring “anybody with any information on this person or her whereabouts” to call police.

According to the NYPD, surveillance footage showed Gustern’s attacker leave the area and head west toward Ninth Avenue. The woman was tracked to a nearby subway station where a Metropolitan Transportation Authority camera caught a clearer image of her face. Both the surveillance footage and the later higher definition image were shared with the public in a bid to capture Gustern’s killer.

Her death was officially ruled a homicide on Monday, March 21, 2022.

By Tuesday afternoon, the search was over.

Accompanied by an attorney, 26-year-old Lauren Pazienza of Port Jefferson, N.Y., a small community on Long Island, turned herself in at the NYPD’s 10th Precinct. In video of her being led out of the Chelsea station, the defendant can be seen covering her face with her hair.

“Hey, why did you do it?” a reporter shouts but receives no reply.

NEW. Police say Lauren Pazienza cursed at and then shoved a 87yo woman to the ground. Barbara Gustern later died. Detectives say she tried to evade capture for weeks: quit her job, stashed her cell phone, deleted her social media & hid out at her parents house on LI NBC New York

They also say she lurked near the crime scene for 20 minutes and left only after the ambulance arrived. We found out after the attack the victim told police that has the hardest shove she ever felt. Lauren Pazienza’s attorney called the manslaughter charge overblown and…

Suggested the what happened could have been accidental. Prosecutors asked for no bail. A judge gave her bail, $500,000 cash. Her parents refused to speak to reporters as they left court

Pazienza, who led officers on a nearly two-week-long search was charged with manslaughter. She was arraigned the same day.

According to prosecutors in Manhattan, the defendant recently lived in the Astoria neighborhood of Queens. She is alleged to have hidden her cellular phone with an aunt and then went back to Long Island to hide at her parents’ house for 10 days before finally turning herself in.

According to a criminal complaint cited by local CW affiliate WPIX, on the night in question, Pazienza called Gustern a “bitch” and “then pushed her as hard as Ms. Gustern had ever been hit in her life.”

Additional details about the aftermath were relayed on Tuesday.

According to law enforcement, the defendant stayed in the area immediately after Gustern was injured. Pazienza was allegedly seen arguing or fighting with a man believed to be her fiancé in Chelsea. Then, she allegedly watched an ambulance drive by.

Police say they received an anonymous tip about the defendant being in Long Island and asked her father about her on Monday. He allegedly said she was not there and declined to allow detectives inside.

Prosecutors said the defendant and her fiancé first went back to Queens. Later, Pazienza is believed to have made the trip to Long Island in order to avoid being arrested on March 16, 2022–the day after Gustern died. Between the night of the attack and Pazienza’s arrest, the defendant took down her wedding website, prosecutors added. She was reportedly set to be married this coming June.

Gustern, who previously coached Debbie Harry, the singer for the popular New Wave band Blondie, is remembered fondly by her family, friends, and colleagues. A close friend who lives next door described the deceased woman as unusually active for someone her age.

“Most people at 87 are, you know, just content to, you know, doing nothing and waiting to die,” that neighbor, Robert Petrick told New York City-based CBS flagship station WCBS. “But she was at the height of her powers. It was amazing. She was very inspiring.”

“Her specialty was being open to anybody and everything,” her grandson A.J. Gustern previously told the outlet. “She’s one of the most affordable voice coaches in the city because, coming from a small town, she understood what it was like for folks starting out.”

Gustern’s funeral will be held at a church across the street from the building she lived in for years this coming Saturday, March 26, 2022.