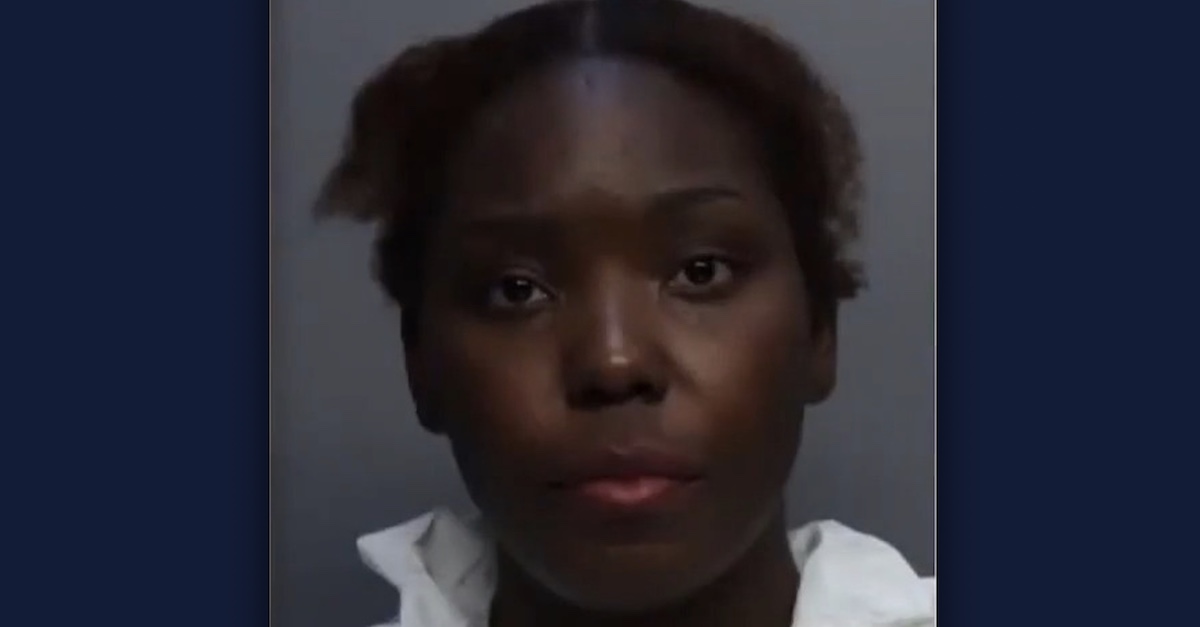 A 24-year-old mother in Florida has been arrested after police say she admitted to stabbing her 3-year-old daughter to death inside of their Miami Beach apartment. Jellisa Amoya Baxter was taken into custody on Tuesday and charged with one count each of first-degree murder and aggravated child abuse resulting in great bodily harm, court documents reviewed by Law&Crime show.

According to a probable cause affidavit from the North Miami Beach Police Department, officers responded to a call “regarding a child that had been stabbed and killed by the mother.” The caller then disconnected the line. The call came in at approximately 2 a.m. on Dec. 27, and police arrived at a residence located in the 1000 block of NE 163rd Street.

“Upon the call back of the NMBPD dispatcher on a recorded line, she made contact with [the defendant] who identified herself as [the defendant], Jellisa Baxter,” the affidavit states. “When asked what happened, Jellisa stated she had killed her 3-year-old daughter. When asked how she killed her daughter, [the defendant] replied she strangled her at first, but when that didn’t work she stabbed her in the chest and neck.”

Baxter also allegedly told the emergency dispatcher that she was wearing a white robe.

Upon arriving at the scene, first responders said they made contact with Jellisa, who was allegedly in the living room of her apartment still wearing the white robe.

“NMBPD officers also observed the body of a small Black female laying on the ground with several deep stab wounds to her chest, neck, and face,” the affidavit states. “The child was deceased upon police arrival.”

Medics with Miami-Dade Fire Rescue were dispatched to the address where the they pronounced the toddler dead on the scene. Authorities say they also recovered the knife used to stab the victim, which was located directly next to the child’s body, and impounded the weapon as evidence.

Shortly after authorities arrived at Baxter’s home, she was taken into custody. During a subsequent interview with investigators, police say Baxter “invoked her constitutional rights” and was “charged accordingly.”

She was processed and transported to the Turner Guilford Knight Correctional Center where she is currently being held without bond, jail records show. Those records further show that Baxter was marked as a “hold for immigration,” with the bond in that case yet to be set.

Several neighbors reportedly told Salt Lake City Fox affiliate KSTU that Baxter had recently been “going through a hard time financially” and claimed that her water had been turned off recently.