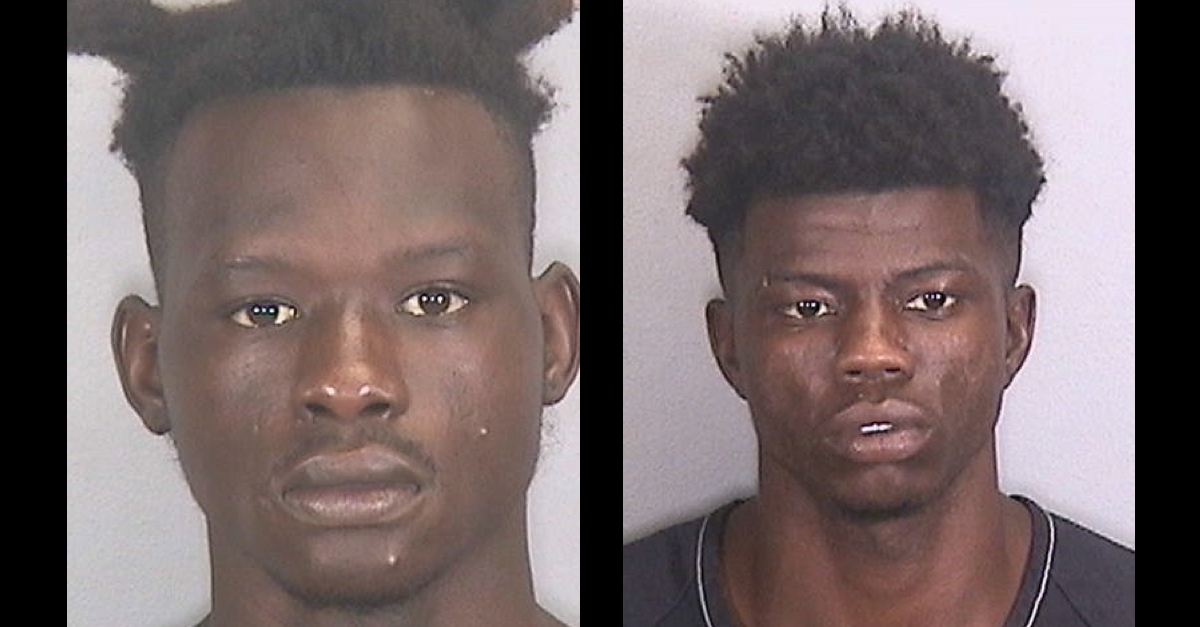 Two Florida men are being held in custody after allegedly committing a robbery that they had discussed—both before and after—in Facebook messages.

Patrick Smith, 23, and Darquez Manning, 22, allegedly committed the robbery in June, during what was reportedly supposed to be a marijuana drug buy.

According to a report in the Bradenton Herald, a childhood friend of Smith had reached out, looking to buy marijuana from him. When the victims showed up to buy the drugs, however, they were apparently robbed at gunpoint and beaten.

“According to the arrest warrant, a physical struggle occurred during the robbery, at which time Smith told Manning to kill the victims,” the Herald report says. “Deputies say Manning fired one shot into the victim’s tire before the two drove away with some of the victims’ property in their own vehicle.”

Smith was identified as a suspect first, as the robbery took place near his residence, and he was reportedly “well known to law enforcement due to multiple arrests since 2014,” according to the Herald.

Manning was first identified from a palm print on the victim’s car. As detectives tried to track Manning down, they got a search warrant for his social media, including accounts on Facebook and Snapchat.

“Detectives discovered a string of messages between Smith and Manning on the day of as well as the day after the robbery on his Facebook Messenger account,” the Herald reported. “According to the warrant, the two discussed when they were going to rob the victims just hours before the crime. Three hours after the robbery at about 1 a.m. June 28, Manning sent Smith messages saying, ‘Investigating,’ and, ‘They ova in the area … looking.’”

Manning then messaged Smith asking if he still had the victim’s gold chain.

“Manning’s last message to Smith was to remind him to delete his messages,” the Herald report added.

The arrest warrant for Manning was issued on July 26, and Manning was arrested on Tuesday, the Herald reported.

Both men are currently in custody, according to records with the Manatee County Sheriff’s Office. Smith was already being held on a contempt of court order, for allegedly violating the conditions of a pretrial release ahead of his trial on previous felony charges. Manning is in custody on $50,000 bond.