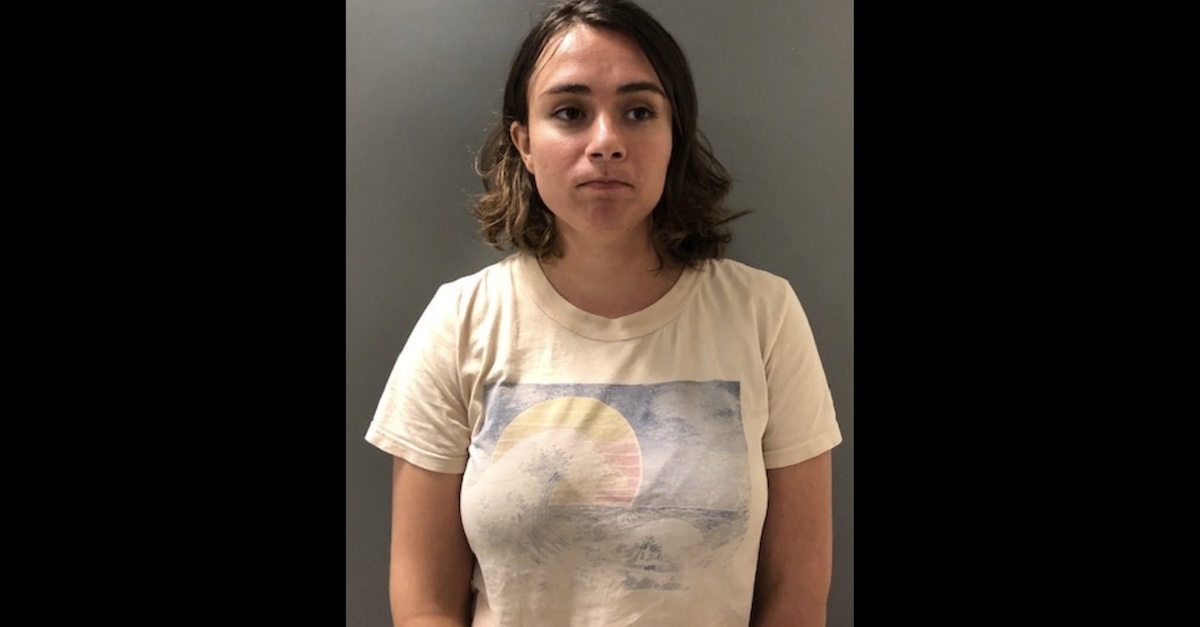 Authorities in Montgomery County, Maryland say they received a 911 call on Wednesday morning from a person reporting the death of a 92-year-old Kensington resident. Police allege that the elderly woman’s death was no accident and that her 26-year-old roommate Julia Birch admitted to the crime.

Authorities said that Birch’s alleged admission matched up with the evidence recovered at the scene of the homicide. It’s unclear at this time what the evidence is. Police said that Birch admitted during an interview down at the station that she killed Frankel and made the 911 call.

The suspect now faces a first-degree murder charge and has been jailed without bond.

According to the news release, Frankel’s autopsy is scheduled to take place on Thursday to determine the cause of the victim’s death. An alleged motive for the killing has not been disclosed.

Police confirmed to Law&Crime that the victim was a local sculptor of renown who practiced her craft over seven decades.

Two years ago, the Katzen Arts Center at American University put on an exhibition called “Nancy at Ninety.”

“This retrospective of seven decades of the work of Washington, DC sculptor Nancy Frankel will celebrate her ninetieth birthday in 2019. Working in various media since the 1950s—including wood, Plexiglas, Hydrocal, design cast, and steel—Frankel has explored a fundamentally geometric vocabulary, with moments of whimsy, the title of one of the works in this show,” read a description of the event. “In addition to her freestanding works in three dimensions, a few of her many graphite drawings and tempera paintings will be represented, as well as a large wall relief.”

Frankel also made an appearance on a panel to discuss her work.

Frankel’s online résumé shows that she had been active for decades in the Washington, D.C., Maryland, and Northern Virginia area.

“I use ‘organic geometry’ to give form to my love of nature and architecture. Space, either encapsulated or activated, and a sense of balance, precarious yet centered, are integral to my work,” reads a statement from Frankel about her work. 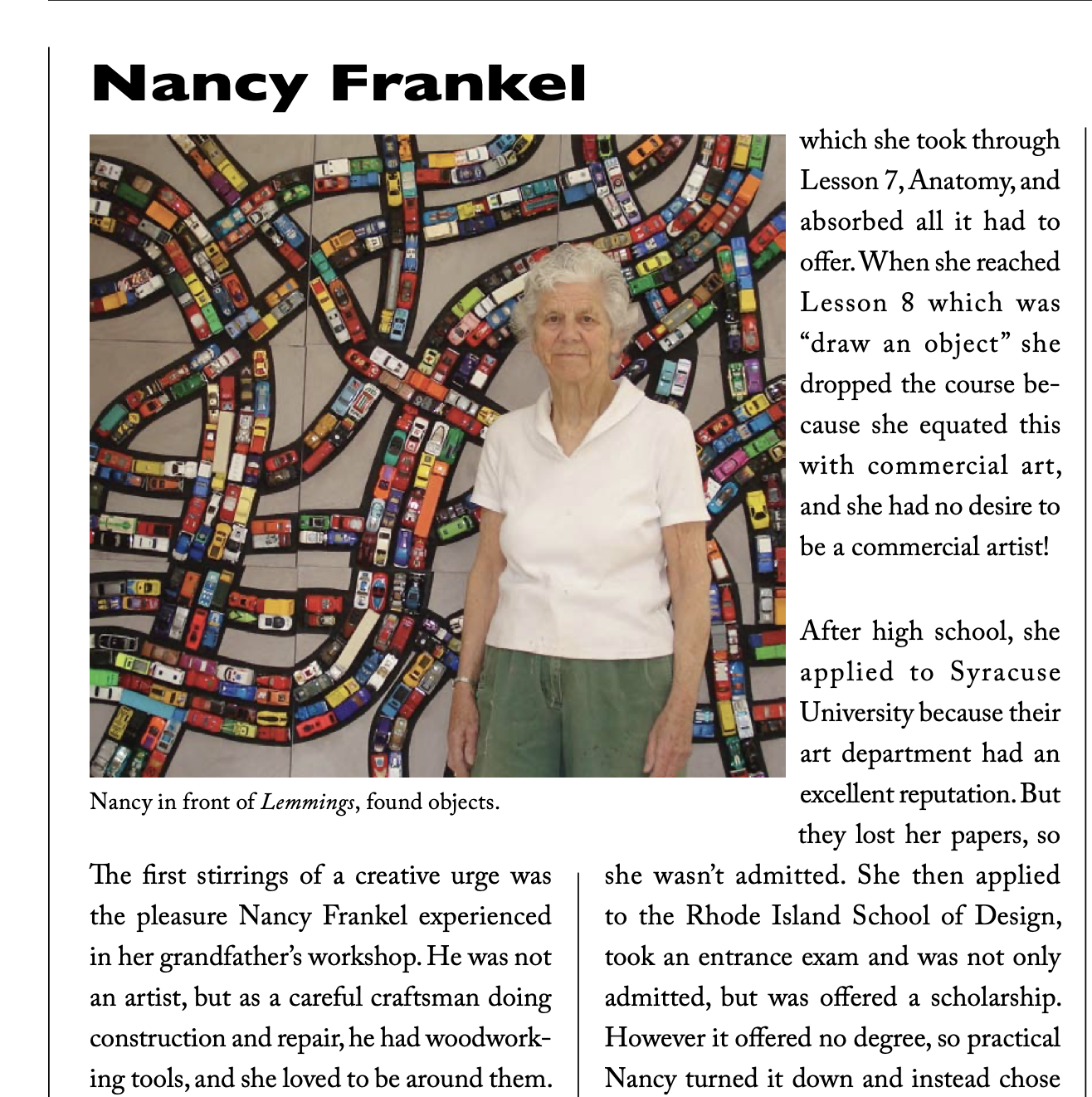 Nancy Frankel, pictured in a Washington Sculptors newsletter edition from 2012.