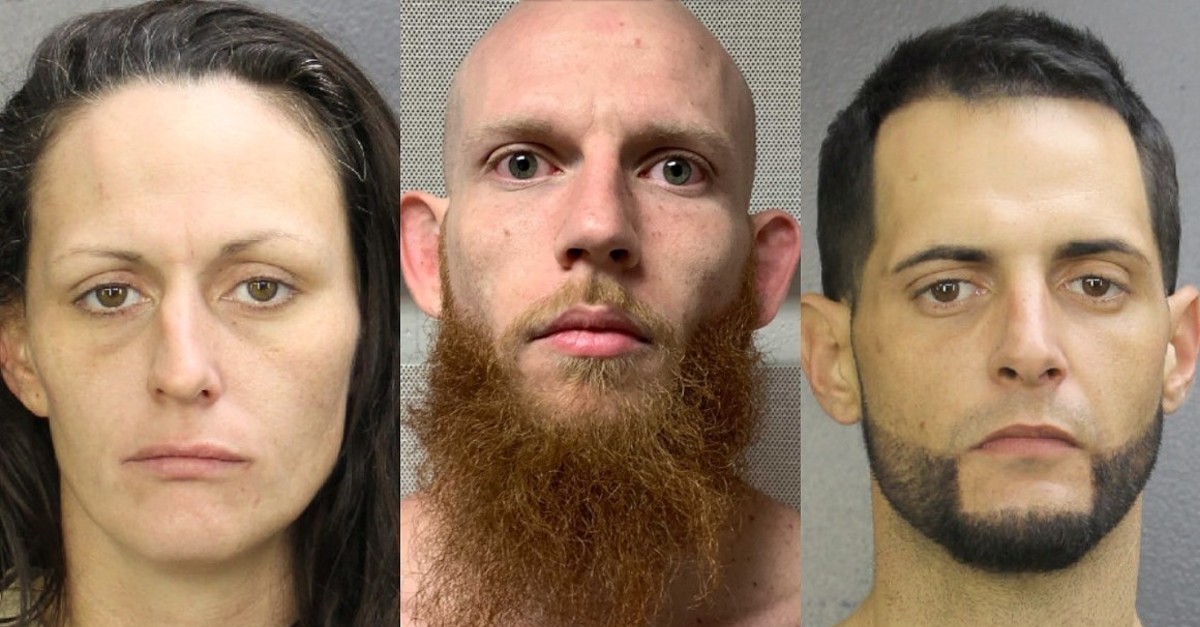 Police in Florida say a gang of criminals is targeting undocumented immigrants because they believe such immigrants are unlikely to reach out for help from law enforcement on fear of being deported.

According to the South Florida Sun Sentinel, the Davie Police Department arrested three suspected members of that gang last week on suspicion that they robbed, kidnapped and tortured an undocumented immigrant who had previously given them a ride in his truck.

According to an arrest affidavit obtained by Orlando Weekly, the victim was driving his Chevrolet Silverado on February 2 when he stopped at an intersection around 9 p.m. That’s when police say 30-year-old Joshua Aaron Greiff stood in front of the truck while 34-year-old Natalie Rebecca Williams approached the passenger side door and asked for a ride.

The man told police that he initially declined, but agreed after Williams reached inside his truck and attempted to open the door anyway. Greiff then sat behind the man and once he started driving, Williams pulled out and loaded a black handgun before pointing it at him, according to the affidavit.

Williams and Greiff then allegedly forced the driver to stop at a mobile home where he was blindfolded, beaten and robbed by six people in total–including one man identified as 31-year-old Andres Rafael. Police say the gang members stole in excess of $5,500 from the immigrant in cash and tools taken from his truck while taking turns punching him in the face, neck, head, stomach and back.

Per the Orlando Weekly:

The undocumented immigrant told investigators that Greiff and Williams said that because he is an “illegal alien,” he would get deported by police. Williams allegedly also threatened to accuse the victim of raping her if he notified the cops.

After around 12 hours, the undocumented man was released. He drove away in his by-then-damaged truck and immediately sought medical treatment. Then he went to the police.

Investigators searched the mobile home on Thursday and arrested Williams, Greiff, and Rafael on charges including armed robbery, aggravated battery and kidnapping. All three are currently in custody at the Broward County Jail.

“We believe she’s the ringleader,” Leone said of Williams.

During questioning, Williams claimed the undocumented man raped her, but police in Davie aren’t buying that story.

“We believe those allegations are false because she was not able to put any logical story together of this alleged rape,” Leone told the local NBC affiliate. “She originally told us that she had known this gentleman for twelve years, however she didn’t know his name. She said they had spoken many times. We asked for some type of verification on that, she didn’t have a phone. She doesn’t remember the last time she spoke to him, which is all, you know, nothing matched up with that, with her story.”

Davie police believe there are additional victims and say their investigation is ongoing.