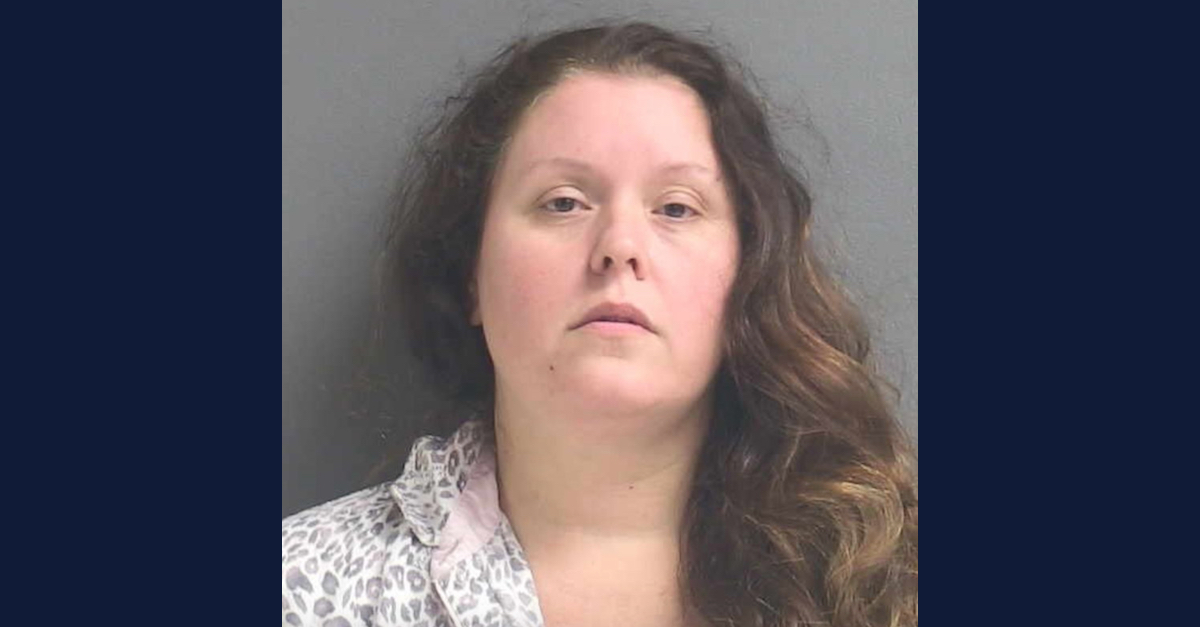 A Florida woman and day care owner was arrested after a 6-month-old suffered a brain bleed upon leaving her facility in early March.

Jennifer Adams-Lafland, 43, stands accused of aggravated child abuse in Volusia County, Fla. over the injury suffered by the baby boy.

According to Orlando-based CBS affiliate WKMG, the defendant was arrested at her home, which doubles as her eponymous childcare center, Lafland Family Daycare, on Thursday, April 7, 2022. The arrest comes after a nearly month-long investigation into what caused the child’s injury by the Daytona Beach Police Department and the Sunshine State’s Department of Children & Families.

The infant’s mother told police Lafland said her child was sitting on the floor when another child fell on top of him on March 7, 2022. That caused the victim to fall backwards and hit his head on the “wood-like tile floor,” according to a charging affidavit cited by the TV station.

In that court document, police say the defendant told the victim’s mother that the baby did not lose consciousness or vomit after the alleged accidental fall. The mother, however, told police that her son was asleep and difficult to wake up when she picked him up from Lafland on the day in question. The boy’s mom went on to tell police she tried to feed him but that only caused him to vomit, prompting her to take the boy to the emergency room at a nearby hospital.

Lafland also allegedly said she didn’t notice any knots, bruises or otherwise any signs of injury, according to local radio station WNDB. All that the day care owner noticed was the boy crying after the claimed fall, she said, according to Daytona Beach-based NBC affiliate WESH.

A CT scan performed on the child at the emergency room showed the presence of blood in his brain, the affidavit goes on to say, and the baby was transferred to AdventHealth hospital in Orlando.

The child was also found to have injuries to his head, wrist and eyes, following additional tests. Those injuries, doctors and detectives said, were inconsistent with a simple fall-like situation. Rather, doctors determined, the injuries appeared more consistent with “shaken baby” syndrome, according to the radio station, citing the affidavit.

Detectives wrote that Lafland, as opposed to the other child, “would have had the strength or means to cause the severity in injuries.” Police also allege she was the only adult in the house at the time.

An arrest warrant was issued and the defendant was arrested later the same day. She is currently being detained on $150,000 bond.

Lafland Family Daycare currently has an operating license valid through August of this year. The Florida child welfare agency says they are now working with law enforcement to revoke the license as soon as possible, WNDB reports.

“I just hope people don’t get the wrong impression of her,” Lafland’s cousin and neighbor, Eric McGovern told Orland-based ABC affiliate WFTV. “She’s a good person, and she wouldn’t do anything to hurt any kids.”